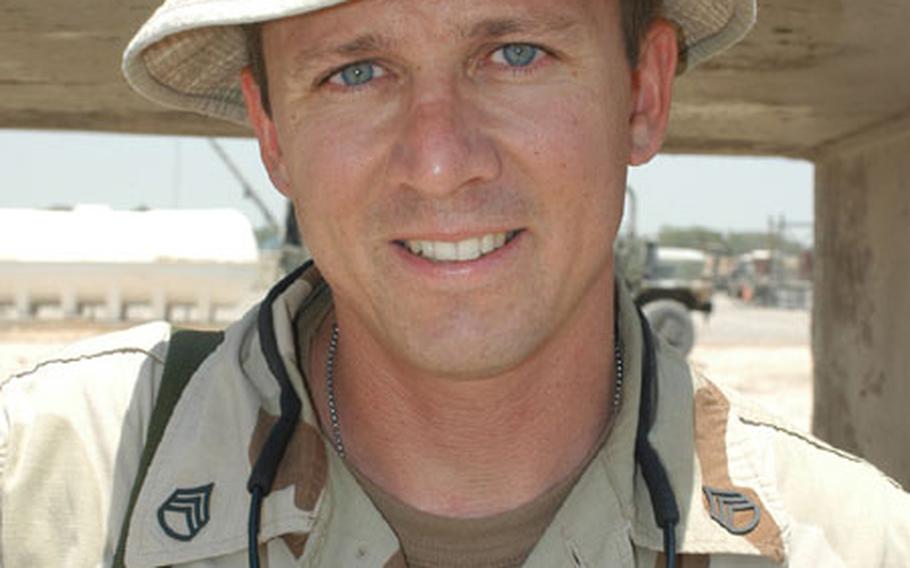 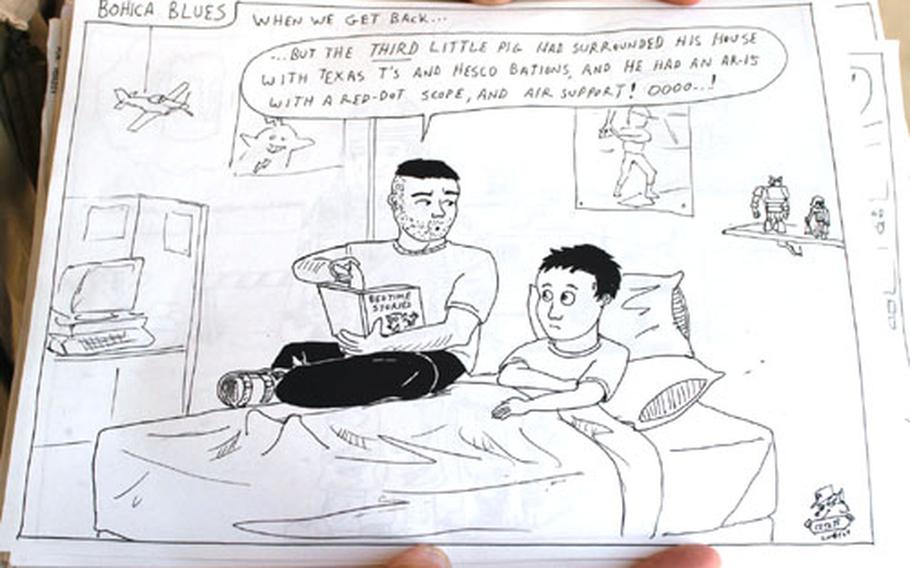 Staff Sgt. Chris Grant poked fun at soldiers&#39; returning home with this comic, in which a soldier tells his son about the Third Little Pig, whose house had, among other defenses, "an AR-15 with a red-dot scope, and air support!" (Jason Chudy / S&S) 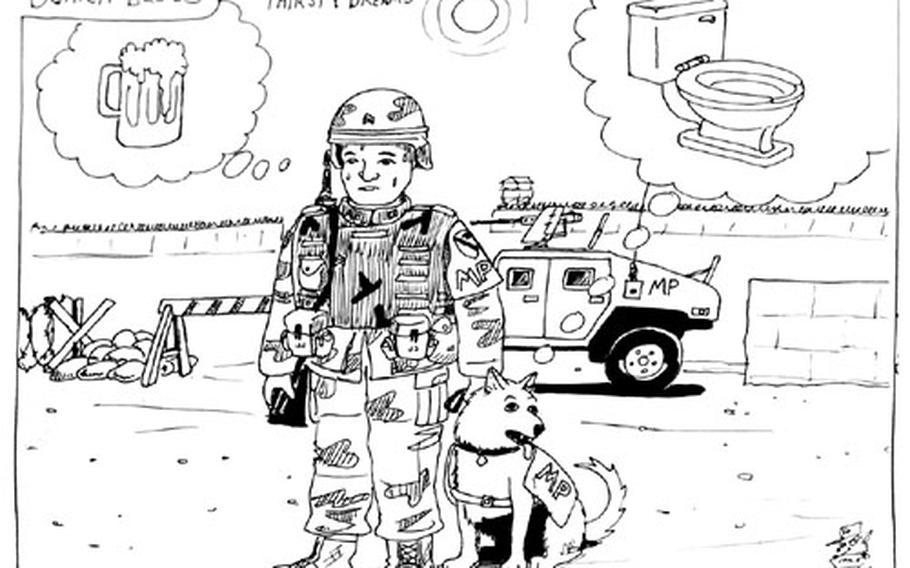 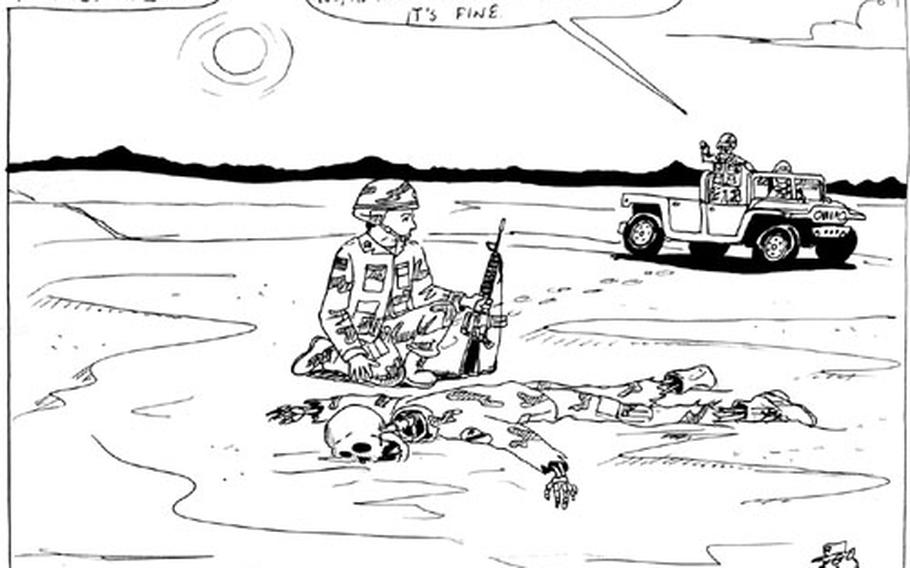 Staff Sgt. Chris Grant drew this comic — in which a soldier looks down at a skeleton while another soldier calls out from a distance that as long as the skeleton is wearing a DCU top, everything is OK — after a divisional policy was passed down to troops requiring them to wear the desert camouflage uniform top at all times. (Jason Chudy / S&S)

Like the famed creator of World War II&#8217;s Willie and Joe comic strip, Staff Sgt. Chris Grant is putting pen and ink on paper to humorously capture the feelings, desires and daily routine of soldiers deployed to Iraq.

Grant, an Army Reserve combat engineer with Company B, 458th Engineer Battalion at Camp Victory North, has been drawing &#8220;Bohica Blues&#8221; since the unit&#8217;s arrival on March 15.

Since then, Grant has broadened the comic&#8217;s scope to include issues affecting all Camp Victory soldiers.

And like Mauldin, Grant doesn&#8217;t pull punches on issues that draw the ire of today&#8217;s Willie and Joe.

Grant compared the wearing of body armor to having a &#8220;personal microwave oven.&#8221;

When the 1st Cavalry Division issued orders that soldiers wear their desert camouflage uniform tops at all times, including during working details, Grant drew a comic depicting a DCU-clad skeleton face down in the desert.

One cartoon depicts a returned G.I. reading a &#8220;three little pigs&#8221; nursery rhyme to his son. The soldier describes the third pig&#8217;s house as being surrounded by defensive barriers and covered by air support.

When he enlisted and was stationed at Fort Carson, Colo., Grant wrote a cartoon called &#8220;Joe Rock.&#8221; Following his enlistment, he joined the reserves, working as an illustrator for a psychological operations unit. Later, Grant changed jobs and joined a tank crew, but still continued to draw.

In the 1990s, Grant wrote and illustrated a graphic novel with human-like animals as characters. He hopes to write another graphic novel in the future and would like to be a full-time cartoonist, but says there&#8217;s not enough money in it.