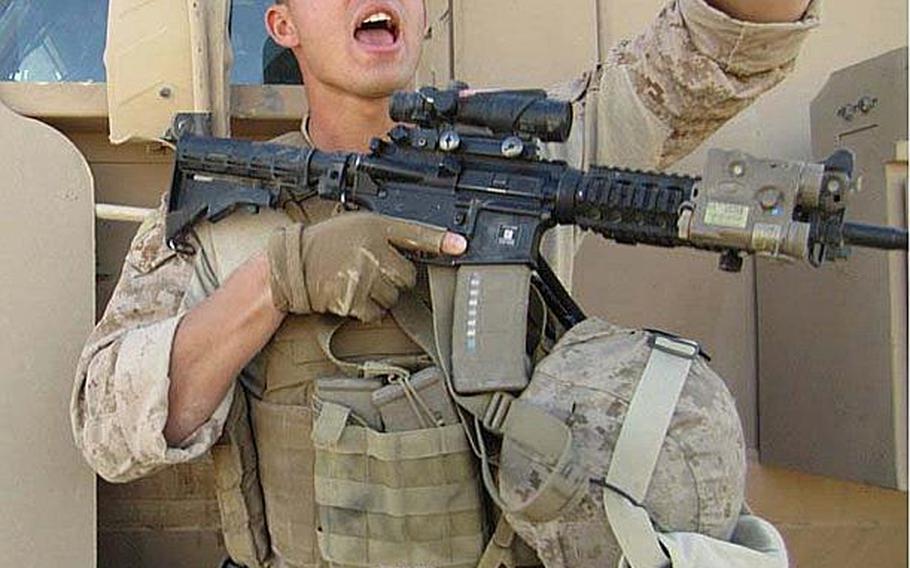 SASEBO NAVAL BASE, Japan &mdash; Marine Sgt. Winston Fiore returned from a seven-month deployment to Afghanistan in March and joined the ranks of the inactive ready reserve.

No one would have blamed the 26-year-old ammo chief if he would have kicked up his feet and relaxed following his trip into the combat zone. But the Indiana native had another tough mission in mind.

This past summer, Fiore rode his motorcycle across the U.S. &mdash; from California to Florida and back to Indiana &ndash; raising money to help impoverished children in developing countries who need facial reconstructive surgeries. And even after reaching his initial fundraising goal of $25,000, which will help about 100 children suffering from a cleft lip/palate, he isn&rsquo;t done yet.

The Marine leaves Saturday for Singapore where he will begin a yearlong walk of approximately 5,000 miles across Southeast Asia, including stops in Vietnam, China, Philippines, Malaysia, Brunei, Thailand, and Laos. He hopes people in the U.S. and abroad will follow his progress through his Web blog and continue to donate to help him make a difference in these children&rsquo;s lives.

Fiore, who is paying for the trip with the combat pay he earned in Afghanistan, said 100 percent of the donations will go directly to the not-for-profit International Children&rsquo;s Surgical Foundation.

&ldquo;This is a region of the world that has a very high cleft birth rate and one I&rsquo;ve never set foot in, so it&rsquo;s kind of a double whammy,&rdquo; Fiore said Thursday from a Texas fundraising stop.

Fiore said that his sense of adventure and love of meeting new people have led him to serve others. After graduating from high school in 2003, he worked for one year as an AmeriCorps volunteer. In 2004, he joined the Marine Corps.

&ldquo;I always wanted to be a Marine,&rdquo; he said.

In the summer of 2007, Fiore&rsquo;s Marine reserve battalion spent three weeks training in Lingure, Senegal, his first experience in a developing nation. Seeing impoverished residents clad in rags, forced to dig through the trash for anything salvageable, had a profound impact on him, he said. One day, as he and his fellow Marines toured the countryside crammed into the back of a flatbed truck, Fiore made a vow to travel the world for one year helping people.

&ldquo;I had never been anywhere outside the U.S. and Europe, and the trip was unlike anything I had ever experienced,&rdquo; he wrote onthe website. &ldquo;As someone who grew up in a middle-class American household, witnessing such things was an eye-opener. I realized that in addition to seeing the world, I wanted to participate in it directly and contribute, in some small way, to its improvement.&rdquo;

When he returned home from the Senegal, his father showed him a news article about a surgeon who had given up a lucrative practice to provide free facial reconstructive procedures for children. Fiore had found his cause.

He would continue serving in the reserves, travel to Peru for a year of schooling, and eventually earned a degree in theater from Indiana University. When he heard a reserve battalion was called to deploy to Afghanistan and needed an ammo chief, Fiore volunteered to go. He linked up with 3rd Battalion, 25th Marines, and performed base security duties in the dangerous Helmand province.

While in Afghanistan, Fiore paired up with the International Children&rsquo;s Surgical Foundation and started a website to solicit donations on their behalf. He chose to walk through Southeast Asia because he had never been there. In January, he even tried to help facilitate the surgery of an Afghan child with a cleft lip and palate at a forward operating base, but the family moved before the surgery could be performed.

&ldquo;If I were going to dedicate myself to a cause, I wanted it to be one that would help improve the lives of such children,&rdquo; he said. &ldquo;No child should grow up feeling ashamed of what he or she looks like, and every child should be afforded the chance to smile.&rdquo;

And like his trip across the United States, Fiore will set out on his walking adventure in Asia alone.

&ldquo;Unfortunately, I don&rsquo;t have any friends crazy enough to do this with me,&rdquo; he said with a laugh over the phone.

But that doesn&rsquo;t mean he doesn&rsquo;t have support. His parents recently held a fundraiser at their Bloomington restaurant to help see him off.

&ldquo;They&rsquo;re used to my hare-brained schemes at this point,&rdquo; he said.

Although he reached his goal of $25,000, Fiore is pushing for more. He said &ldquo;$250 is all it takes to completely turn these kids&rsquo; lives around,&rdquo; referring to the cost of one surgery.