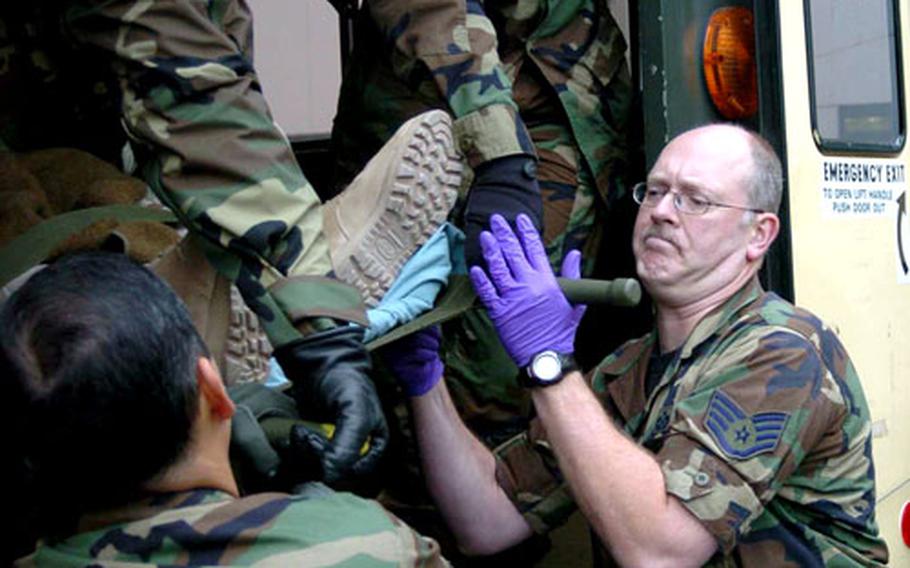 LANDSTUHL, Germany &#8212; When it comes to the military, Iowa state Rep. Royd Chambers has a better command of the topic than most politicians.

That&#8217;s because he&#8217;s still in the military, serving as a staff sergeant in the Air National Guard.

Chambers returned to his district last week after completing a three-month deployment to Landstuhl Regional Medical Center, where he worked as a chaplain assistant. The tour at the hospital, which has treated thousands of casualties from Iraq and Afghanistan, has opened his eyes to what servicemembers go through.

At a time when few politicians have any military experience on their r&#233;sum&#233;s, Chambers is definitely in the minority.

He is the ultimate public servant. In addition to juggling duties as a state lawmaker and guardsman, the 44-year-old is a full-time high-school teacher. He is married with two children.

The Republican legislator is serving his second term and plans to run for a third next year in District 5, a rural area with about 29,000 people. He joined the Guard five years ago, 17 years after leaving active-duty service to become a teacher. He said returning to the military was &#8220;a calling.&#8221;

He volunteered for duty at Landstuhl, where he helped support hundreds of patients &#8212; some of them severely wounded in combat.

Chambers said he would, calling the deployment &#8220;the most rewarding work that I have ever done.&#8221;

One of the first things he plans to do when he gets back is to make sure returning troops are getting the support they need from the state. He also will ensure his constituents know about patient treatment at the hospital.