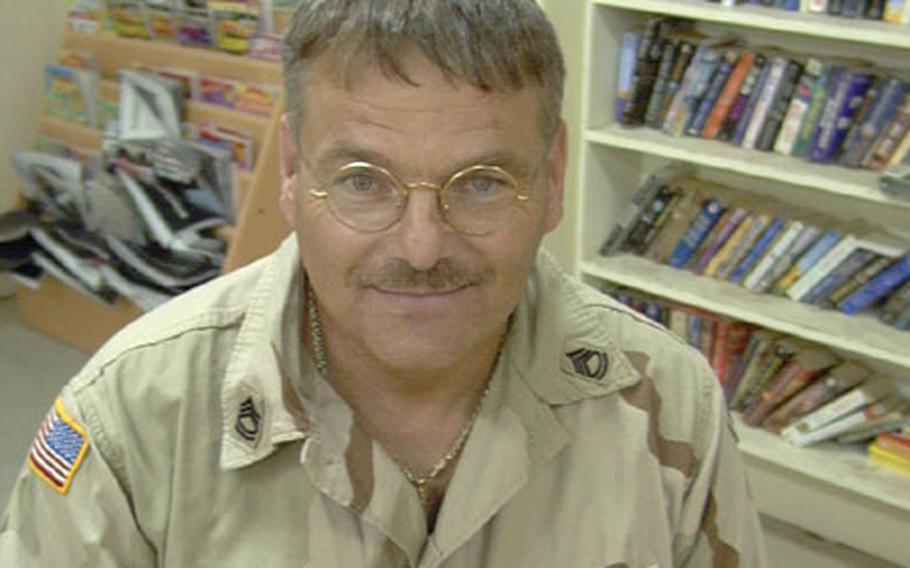 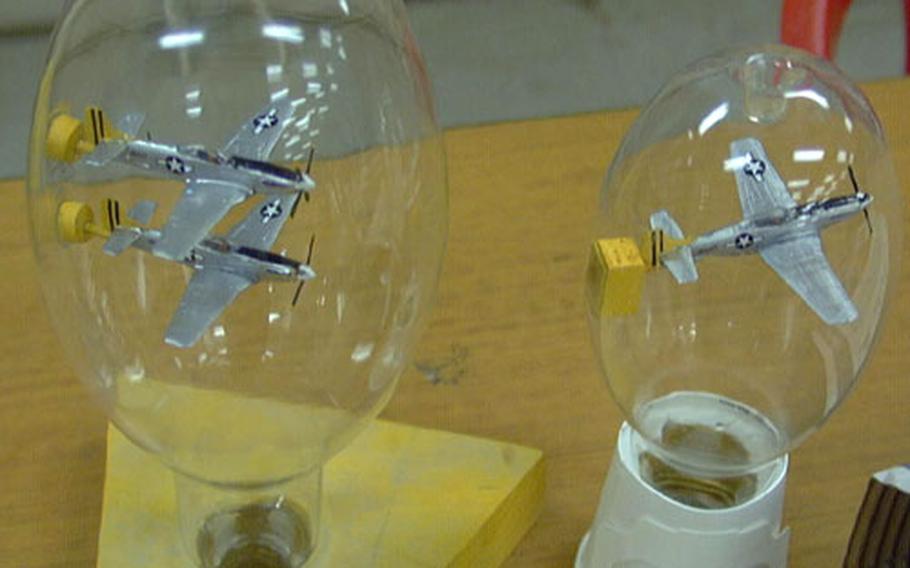 Some of Sgt. 1st Class Dennis Liska’s work is on display at the Joint Personnel Reception Center at Bagram Air Base, Afghanistan. (Rick Emert / S&S) 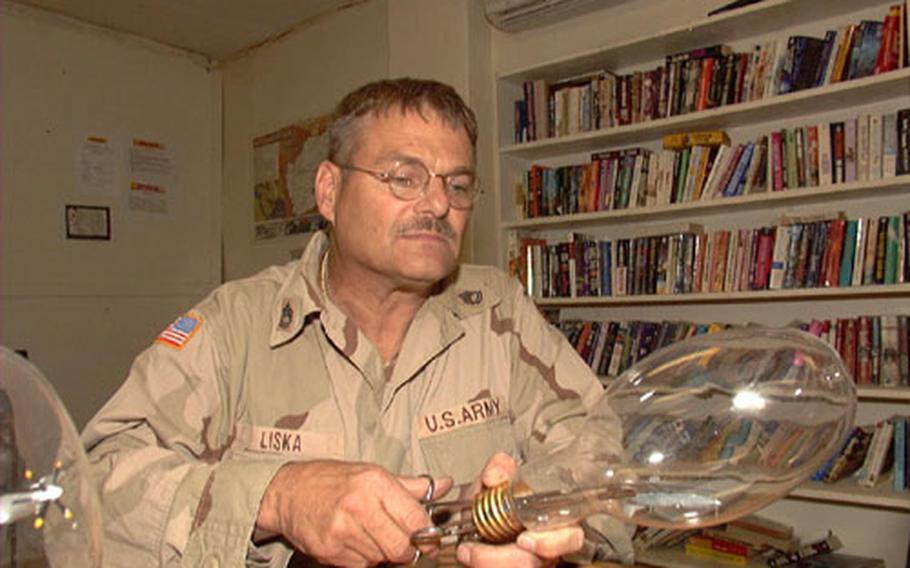 Sgt. 1st Class Dennis Liska uses medical forceps to piece together portions of a model airplane at Bagram Air Base, Afghanistan. Liska has been building the models since 2000, when he was in a motorcycle accident that broke his neck. (Rick Emert / S&S)

His grandfather was a dentist. His father is a doctor. His brother, a chiropractor, and sister, a registered nurse, followed their father into the medical profession.

Liska, however, chose another path.

But Liska found his way to honor his 75-year-old father, by carrying on a hobby his father is no longer able to do.

Liska has the seemingly impossible hobby of building miniature model airplanes inside fragile industrial-size light bulbs. The airplanes are attached to the side of the globe to give the appearance of flight.

When he talks, Liska&#8217;s arms wildly slice through the air amid a machine-gun spray of words. His upper body dances in his chair as if to some irregular, fast-tempo beat.

This man who simply can&#8217;t be still seems more likely a candidate for a caffeine-free diet than a hobby requiring patience and steady hands.

Liska&#8217;s father got him started on the unique hobby.

Robert Liska constructed the models for many years; he sent one to former President Bush, Liska said. Several of his father&#8217;s models are on display at a transportation museum in Liberal, Kan., he said.

Liska, who only took on the hobby a few years ago, said his pieces are not at the level of his father&#8217;s work, yet.

His request came in 2000 after he had been in a near-fatal accident.

Liska was driving a motorcycle through a tunnel in Colorado, when he hit a wide crack in the pavement. Liska said he was driving too slowly, and the front tire stuck in the crack while the back end flipped up so that the bike was momentarily in a vertical position. He fell from the bike, landing on his head and breaking his neck.

For four months, Liska had to wear a brace to stabilize his neck. Two circular scars where the brace was screwed to his forehead are the only visible remains of the injury.

&#8220;Imagine trying to put one of these models together in a brace like that, and if you dropped one of the pieces, oh boy,&#8221; he said, leaping from his chair to demonstrate how he had to spread his legs, bend at the waist and slowly lower his torso to reach the floor.

Liska stayed with his parents during his recuperation, and with little else to do, learned how to build the miniature models.

First, all of the model pieces are painted and decals attached. Next, Liska assembles the pieces into two to five larger sections &#8212; still small enough to fit through the one-and-a-quarter-inch opening of the bulb, he said.

Once the larger pieces are inside the bulb, Liska uses two pairs of medical forceps in a variety of sizes to assemble them, and attach them to the inside of the bulb&#8217;s surface.

Liska&#8217;s daughter, Anna, sends him the light bulbs he needs &#8212; most of which come from the vocational school where Liska works in civilian life. He orders the model airplanes through a catalog, he said.