Reserves set up beds for wounded in Germany 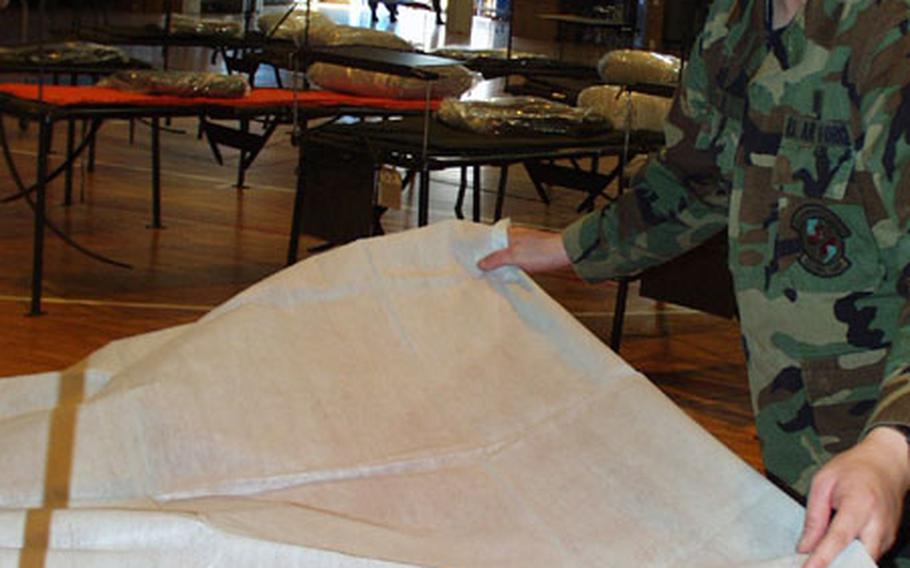 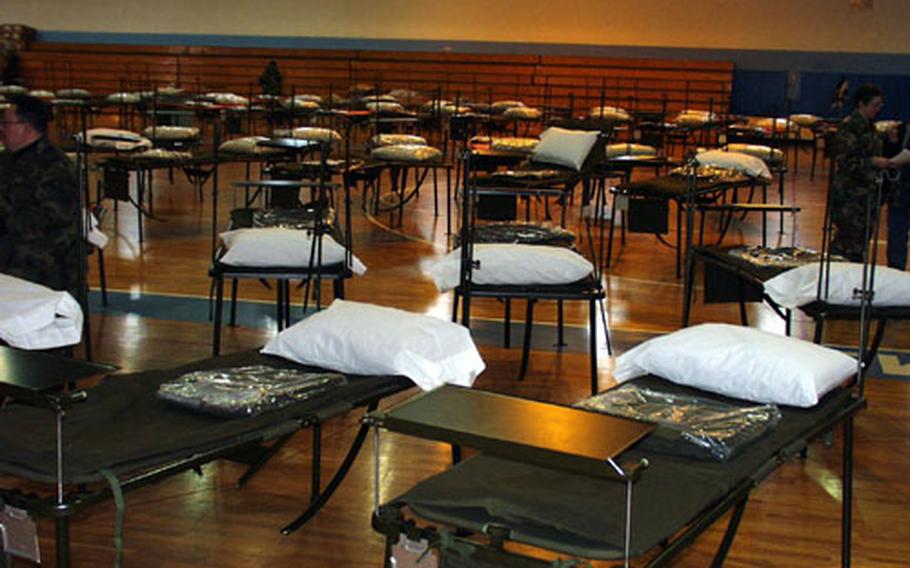 Ramstein&#39;s southside gym has been turned into a 110-bed hospital for the walking wounded injured in the war against Iraq. An Air Force Reserve squadron from the United States will run the hospital. (Marni McEntee / S&S) 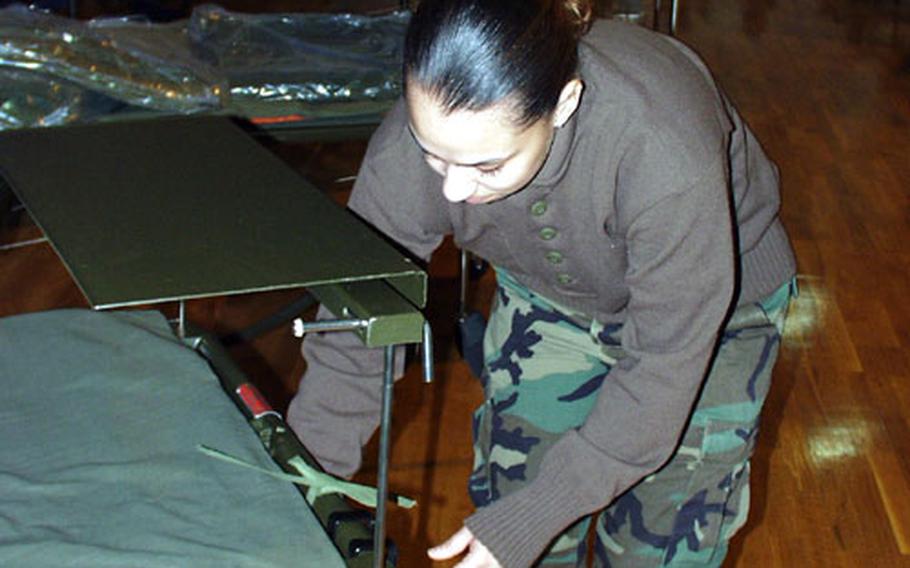 RAMSTEIN AIR BASE, Germany &#8212; Air Force Reserve medical troops have turned a basketball court at Ramstein&#8217;s southside gym into a ward for soldiers injured in the war against Iraq.

The contingency 86th Aeromedical Staging Facility has 110 military cots laid out in neat rows, ready to receive wounded either waiting to to go to Landstuhl Regional Medical Center or waiting to return to the United States after treatment here. Wounded troops brought to the facility will spend between two and 72 hours there before moving on.

It&#8217;s the first time since the 1991 Persian Gulf War that the Air Force has set up such a facility, said Col. Mark Smyczynski, commander of the Reserve unit running the facility.

&#8220;A lot of battle and nonbattle injuries who need further care will pass through here,&#8221; Smyczynski said Monday.

On Monday, troops were making the beds, moving in medical monitoring equipment and organizing communications with the flight line.

By Wednesday, the unit expects to have a small intensive care unit set up and additional medical tools such as oxygen ready for use.

The first seven combat-related casualties, as well as five other ill or injured soldiers, arrived Monday at Ramstein from Kuwait. They were taken immediately to the Army hospital at Landstuhl.

Smyczynski, a radiation oncologist in Massachusetts, said the unit has been activated for up to a year. While at Ramstein, they fall under the 86th Medical Group.

&#8220;It&#8217;s good to have it set up. You never know what&#8217;s going to happen, and to be able to have it here is very comforting,&#8221; said Lt. Col. Mark Koeniger, commander of Ramstein&#8217;s 86th Aerospace Medical Squadron, which falls under the medical group and is helping orient the Reserve troops.

Some of the reservists are facing their first long-term deployment, said Master Sgt. Lloyd Knight, the squadron&#8217;s first sergeant. Most have left behind full-time civilian jobs, as well as spouses and children.

Among those deploying for the first time is Senior Airman Stephanie Pinero, who left her 1-year-old son, Stephon, with her mother in New Jersey.

&#8220;It seemed pretty hard at first, but it has eased up a little bit as time passes,&#8221; said Pinero, who was setting up cots. At home, Pinero works as a medical assistant at a women&#8217;s health clinic. She said she has been thinking about the battlefield injuries she may see in the days and weeks to come.