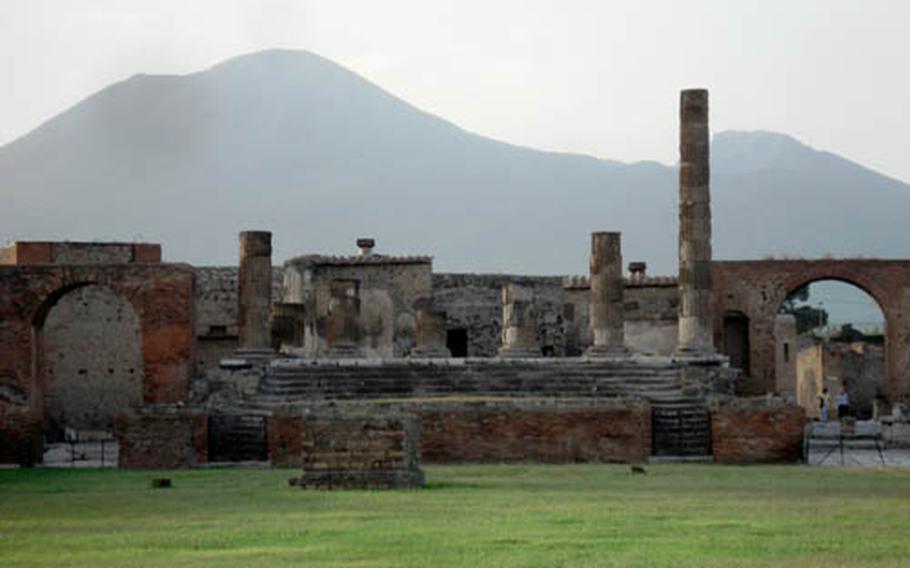 Mount Vesuvius looms behind the Forum of Pompeii, destroyed by the famous mountain’s devastating eruption of A.D. 79. (Sandra Jontz / S&S)

Mount Vesuvius looms behind the Forum of Pompeii, destroyed by the famous mountain’s devastating eruption of A.D. 79. (Sandra Jontz / S&S) 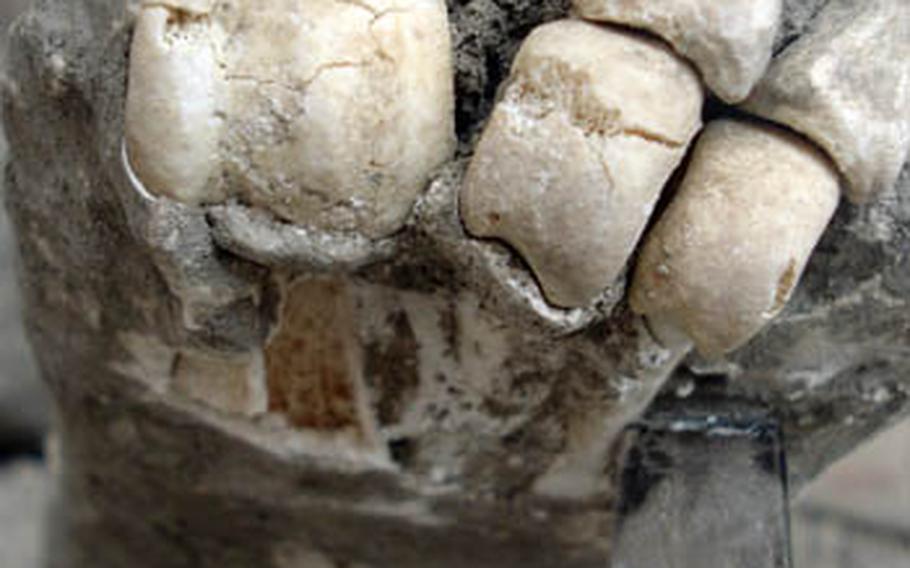 Human foot bones are visible from the plaster cast researchers used to preserve and replicate body shapes of victims of Pompeii, killed when Vesuvius erupted in A.D. 79. (Sandra Jontz / S&S)

NAPLES, Italy &#8212; It took 10 years of research, but a trio of French and Italian scientists have determined that the magma pool that feeds the famed Mount Vesuvius shifted over a 2,000-year period &#8212; a fact that could aid in predicting future eruptions.

But it&#8217;s a mere tool, and not an infallible method, cautioned Michel Pichavant, a geologist at the University of Orleans in France.

"The significance of our [research] means that we are working to understand the process that feeds the volcano, in terms of lava composition, and understanding the changing stress fields," Pichavant, 53, said in a phone interview from France.

"In some ways, the movement we have demonstrated makes the volcano less dangerous," he said. "The deeper the magma chamber, the more explosive the eruption style. We know it has been moving up during the last 2,000 years," closer to the Earth&#8217;s surface.

In that time frame, the chamber appears to have shifted from a depth of nearly 5 miles to a depth of roughly 2.5 miles.

Since there hasn&#8217;t been an eruption since 1944, scientists are unable to measure its current depth, he said.

The study was published Thursday in Nature, a leading international science journal published in England.

The volcano, made famous by the catastrophic eruption in A.D. 79 that buried Pompeii and Herculaneum, is about a 15-mile drive from the Capodichino base of Naval Support Activity Naples.

The scientists studied rock samples from major eruptions between 1630 and 1944, Vesuvius&#8217; last major eruption, to determine that the magma chamber has risen from deep below the Earth&#8217;s surface, he said.

Vesuvius is said to be the world&#8217;s most watched and monitored volcano, in part because of the estimated 300,000 people who live near it.

Twenty-four hours a day, seven days a week, teams from the National Institute of Geophysics and Vulcanology in downtown Naples monitor the volcano&#8217;s seismic and gas emission activity.

They look for changes or deformities in the ground caused by earthquakes, and changes in the temperature and chemical composition of gases emitted from the volcano.

Contrary to popular myths of gloom and doom resulting from an eruption similar to the one in A.D. 79 that buried Pompeii and Herculaneum, Vesuvius isn&#8217;t going to spontaneously blow, the institute&#8217;s director has said.

But the volcano has been dormant for six decades, and might be nearing a need to blow a gasket, Pichavant said.

For 64 years, magma could be filling the chamber, and pressure might be building.