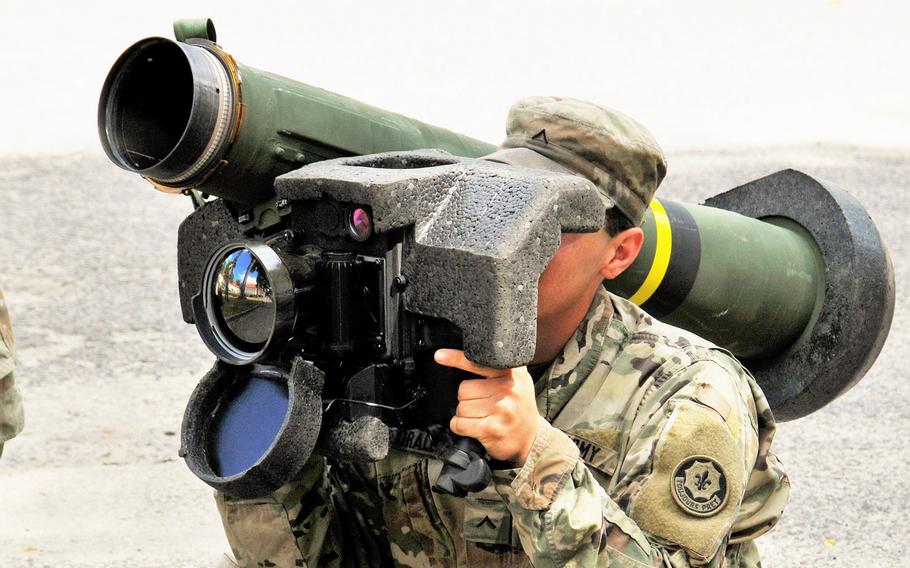 The Pentagon wants to send anti-tank missiles and other lethal weaponry to Ukraine to aid government forces in a three-year battle against Russian-backed separatists, according to news reports.

The proposal, which has been submitted to the White House, has the backing of the State Department, The Wall Street Journal and The New York Times reported this week.

The United States has debated for several years whether to intensify its support of Ukrainian forces, who have been bogged down against separatist fighters in the country’s east.

The Obama administration opted against sending in arms such as Javelin anti-tank missiles, arguing that it would lead to a dangerous escalation with Russia. That argument reflected the view that Moscow was more deeply invested in the conflict than the West and might deepen its involvement in response.

Proponents of arming Ukraine, including some U.S. military commanders, have argued that greater combat capability would raise the costs for separatist fighters.

“I personally believe that we need to consider lethal defensive weapons for Ukraine,” Army Gen. Curtis M. Scaparrotti said in testimony before the House Armed Services Committee in March.

It is unclear whether President Donald Trump would support the delivery of arms. The proposal comes at a time of heightened tension with Russia, which has lashed out at the U.S. for imposing a new set of sanctions.

“The Trump administration has shown its total weakness by handing over executive power to Congress in the most humiliating way. This changes the power balance in US political circles,” Russian Prime Minister Dmitry Medvedev said on Wednesday on Facebook. “The U.S. establishment fully outwitted Trump; the President is not happy about the new sanctions, yet he could not but sign the bill.”

U.S. troops have also been a steady presence in western Ukraine, where they have trained local forces fighting pro-Russian separatists.