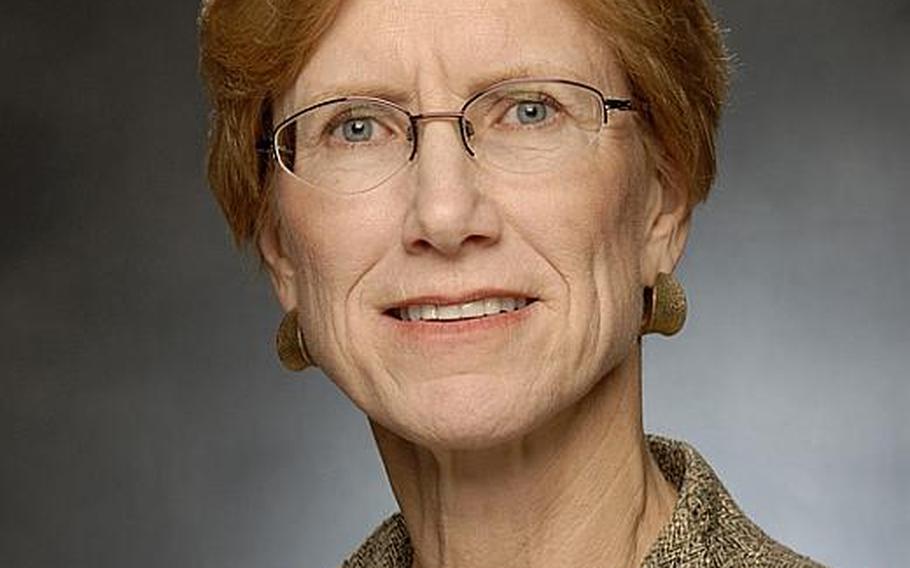 Deborah Gibbs, deputy program director of the Women, Children and Families Program for Research at the research institute RTI International. ()

The number of reports of family violence within the military, which had been in decline over several years, has been rising over the last two years, and reports of abused children and spouses increased significantly last year, a report by the Defense Department&rsquo;s Family Advocacy Program shows.

But what it means &mdash; more people reporting who had kept silent in the past, better record-keeping or more people in the military abusing their spouses and children &mdash; is unknown.

&ldquo;It&rsquo;s really hard to say at this point,&rdquo; said Tib Campise, analyst at the Family Advocacy Program, the armed forces program set up decades ago to prevent and treat domestic violence and child abuse within the military.

&ldquo;I don&rsquo;t think I could answer whether anybody has a good sense of the prevalence (of family violence) across the military.&rdquo;

The report said 16 domestic abuse deaths were reported to the Family Advocacy Program in fiscal year 2010. In 81 percent of the cases, the alleged perpetrator was an active-duty troop.

Also, 2010 saw an increase in the number of substantiated child maltreatment cases reported to Family Advocacy, from 4.8 incidents per one-thousand children in 2008 and 2009 to 5.7 per thousand in fiscal year 2010.

&ldquo;That&rsquo;s a big jump,&rdquo; said David Finkelhor, a sociologist and family violence expert at the Crimes against Children Research Center at the University of New Hampshire.

The report said 29 child deaths from abuse or neglect were reported to Family Advocacy last year. Twelve of them were under a year old.

According to Defense Department spokeswoman Maj. Monica Matoush, the mounting reports could be related to more military social workers and other FAP personnel using a standardized format to determine whether cases are substantiated with evidence supporting the claims of abuse.

&ldquo;Allegations that may have been diverted or unsubstantiated under previous criteria are now classified as [substantiated],&rdquo; Matoush wrote in an email.

But the overall number of reports also has been increasing since 2008.

It&rsquo;s possible, Matoush said, that more people are reporting because of increased awareness. Or, it could be more actual abuse and neglect &ldquo;related to (the) cumulative wear and tear effect of eight years of combat-related operations and deployments on military families with young children, reflect stressors related to the current national economic climate, or (be) a combination of these or other factors.&rdquo;

Deborah Gibbs, deputy program director of the Women, Children and Families Program for Research at the research institute RTI International, who has done studies on Army families, said numerous studies have produced conflicting reports of abuse rates. She said the social science consensus, however, was that spouse abuse rates are higher in the military than in civilian life, but that, paradoxically, child maltreatment rates are lower.

&ldquo;The best data around show they have higher rates of spouse abuse, which may have negative repercussions for kids. But the best evidence is that rates of child maltreatment are probably lower in military populations than civilian populations,&rdquo; she said. &ldquo;I think that surprises people.&rdquo;

However, she added that it was clear that deployments increased child maltreatment rates, especially neglect. &ldquo;It&rsquo;s just common sense. These parents left at home are dealing with huge stresses,&rdquo; she said. &ldquo;Most do heroically well. Some run into difficulties.&rdquo;

According to a September report by the Government Accountability Office, the Defense Department is lacking in efforts to understand how much spouse abuse exists within the military and whether its prevention and treatment efforts are effective. &ldquo;DOD&rsquo;s leadership lacks the visibility over information needed to understand the magnitude of the domestic abuse problem, identify trends in domestic abuse, and use fact-based information to improve the effectiveness of its efforts,&rdquo; the report said.

Among the biggest problems the report found was deficient data.

Matoush in an email disagreed with the GAO criticism.

&ldquo;With respect to targeting families most at risk of domestic abuse, DOD shares this problem with the civilian sector, since there is not yet a consensus on risk factors for individuals, nor for couples, in part because the range, frequency and severity of behaviors subsumed under the terms &lsquo;domestic abuse&rsquo; or &lsquo;domestic violence&rsquo; vary widely,&rdquo; she said. &ldquo;FAP also notes that deployments should not be overemphasized as a risk factor, since domestic abuse occurs in families that haven&rsquo;t experienced deployments, and many military families have had multiple deployments without domestic abuse.&rdquo;

Numbers reported to the Defense Department&rsquo;s Family Advocacy Program are just one part of the puzzle, though. In addition to those who can&rsquo;t or don&rsquo;t report their abuse, worried about the abuser&rsquo;s career or their own safety, are an unknown number of reports made to civilian authorities, military law enforcement or commanders, which are not also reported to FAP.

Another DOD database, the Defense Incident Based Reporting System, compiles law-enforcement cases of family violence in which alleged abuse is a crime, and is compiled by the services from military police reports.

But &ldquo;the services are providing only a fraction of the required data, and reporting from the services has not improved significantly in the last several years,&rdquo; the GAO report said.

The GAO recommended in 2006 that the databases be reconciled and that a central database be created. That never happened, and still isn&rsquo;t feasible, the report said &ldquo;because of the condition of the data in the law enforcement system.&rdquo;

FAP&rsquo;s data are also incomplete for use in trend analysis or targeting at-risk families, according to the GAO. While it does capture things like age, rank and sex of offenders, it has little information about circumstances thought to increase risks of domestic violence, including deployment information.

A better database has not been a priority, a DOD official told the GAO in a letter last June, because other &ldquo;operational requirements that affect much greater numbers of military personnel have had higher priority.&rdquo;

Matoush said that those problems were being addressed.

&ldquo;The database issue has received constant attention over the last half decade, thus the fact that all Military Departments are now reporting to and compliant with DIBRS (Defense Incident Based Reporting System),&rdquo; her email said. &ldquo;The length of time it has taken to reach this point is attributable to system complexities and resource priorities within the Military Departments.&rdquo;