Reporters’ Notebook: Challenges of chow in the war zone 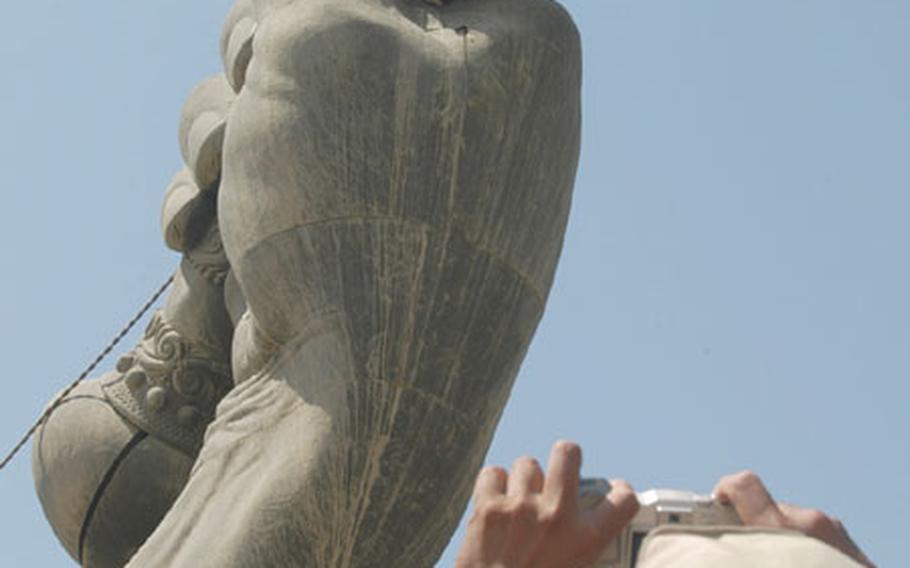 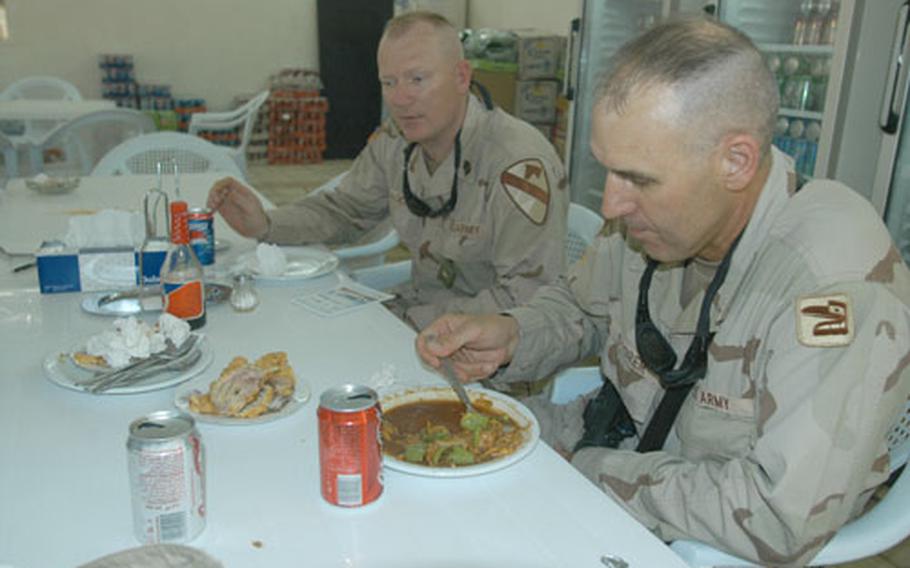 The restaurant specializes in spicy Sichuan dishes, the owner being from that south-central province.

The reason was simple: There wasn&#8217;t another Sichuan restaurant in Baghdad.

Between 150 and 200 soldiers and civilians move through the restaurant each day, grabbing orders of Chinese food or pizza.

Tager is based at Camp Headhunter and was eating at the restaurant for the first time.

KANDAHAR AIRFIELD, Afghanistan &#8212; For months now, the blue Burger King trailer has sat vacant next to the field post exchange at Kandahar Airfield, its much-anticipated grand opening nowhere in sight.

Instead, it just sits there, taunting the GIs like some desert mirage &#8212; a mirage sporting a super-duper-size Whopper alongside a towering icy Coke and fries.

At least one chow hall-weary prankster, however, decided if he couldn&#8217;t have it his way, he could at least pretend.

The brass wasn&#8217;t happy and made sure the fliers were ripped down almost as quickly as they went up.

&#8220;The flyers which are being placed around KAF regarding the grand opening of Burger King are a farce and should be disregarded,&#8221; wrote Capt. Bryan Klatt in a basewide e-mail. Clearly no fan of fast food frivolity, Klatt wanted names in the combat zone caper. &#8220;Any information revealing those individuals who are responsible for this blatant disregard for their fellow soldiers&#8217; morale, should be directed to base operations,&#8221; wrote Klatt.

Not everyone saw the pranks in such dire terms, though.

Army and Air Force Exchange officials say they do not know when the Burger King will open.

Soldiers, including Strikeforce commander Col. Gary S. Patton, washed off in the Rawdalain natural mineral water that they normally drink.

The water comes from the Rawdalain field north of Kuwait and is characterized by its purity and natural mineral properties, according to information on the bottles.

A good mineral water shower requires two bottles. First, pour the contents of one bottle onto the body, then lather up with soap, and lastly wash off with the other bottle.

The persistent sunlight and 120-degree heat at Camp Buehring ensure mineral water showers are as warm as regular showers.

Stars and Stripes is looking for offbeat stories, ideas and photos to run in its notebook section. To submit an idea or photograph, please e-mail it to news@mail.estripes.osd.mil. Every submission must include the name of the person sending the e-mail and a phone number to verify the information. If including a photograph, please include the photographer&#8217;s name, contact information, date the photo was taken and a short sentence describing what&#8217;s in the photo.