Reporter’s Notebook: You better pray for smooth sailing for this operation 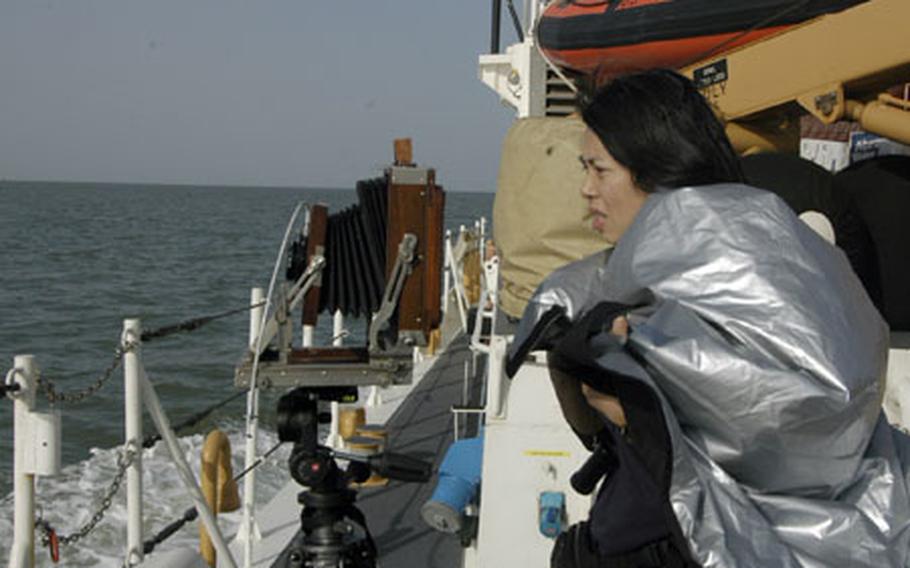 Take a guess as to what is the most-performed surgery aboard the aircraft carrier USS John C. Stennis.

Nor is it repair surgery for broken limbs or severed fingers or toes.

Appendectomies and operations on gall bladders are up there, but not the most popular.

Figured it out? Ready?

The most popular surgery done aboard the Stennis is a vasectomy.

Don&#8217;t know about some, but you&#8217;d think that most guys would opt for a bit sturdier location than a carrier at sea for that type of procedure.

The thing is, medical personnel such as surgeons nurses and anesthesiologists must maintain proficiencies, even while at sea, explained Cmdr. Jonathan Stinson, the senior medical officer onboard.

And for the sailors who opt for such a procedure?

Old lens on new warWho is that caped camera mate?

That would be An-My Le, a photographer shooting sea-based operations and missions for her second photo book, to be published in roughly a year.

But Le doesn&#8217;t use the latest and greatest digital camera to capture the images of war being fought from the water.

She opts instead for a Deardorff 5-by-7 large-format camera &#8212; the wooden body of which was made in 1957. When photographing, she totes a silver &#8220;cape&#8221; hood on her shoulders that she pulls over part of the camera body, blocking out the light.

Le was a refugee from Vietnam during the war there decades ago.

&#8220;Having grown up when my country was in the middle of a war, I can understand it. And with this war (in Iraq), I got really anxious about the young men and women from America who are fighting it, and I wanted to tell their story through pictures,&#8221; she said.

The high quality of the photographs she develops using the Deardorff allows the shots to show immense detail, making a viewer feel as though he is right there on the deck of an aircraft carrier, or on the lip of one of the two Iraqi oil platforms in the Persian Gulf.

Le already has published a photo book, &#8220;Small Wars,&#8221; in which she concentrated on the ground element of war and photographed mainly U.S. Marine units in the United States as they prepared for combat operations in Iraq.