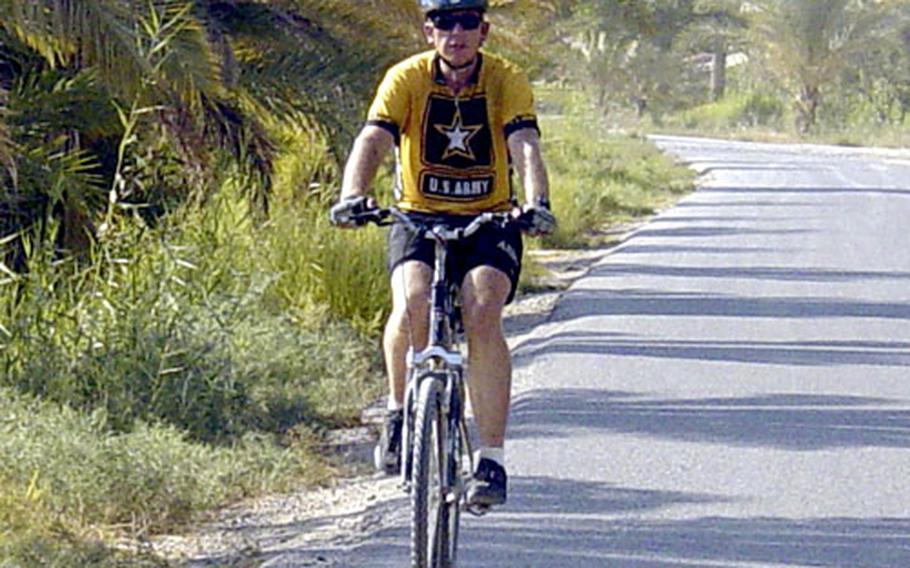 The 110-plus temperatures afflicting Baghdad these days make most people want to scurry into air-conditioned comfort as fast as possible.

Why the pickle juice?

While the soldiers waited to pick up a colleague, a band of juvenile street vendors approached, hawking fake designer watches, disposable razors, old Iraqi money and other sundry items.

The surprise came when one soldier asked for a soft drink and the enterprising merchant shot back with an offer of smokeable cocaine, or &#8220;crack.&#8221;

At that provocation, the soldiers promptly shooed away the boy &#8211; who could have been no older than 14 &#8211; and his thin, baby-faced, cigarette-smoking friends.

Battalion operations officer Maj. Jesse Pearson said the alleged crack cocaine may in fact have been a homemade form of crystal methamphetamine, which is said to have made inroads on Baghdad&#8217;s rough streets.

Thank you, ObviousmanIn a country where any number of things can kill you, a large roadside sign at Baghdad&#8217;s Camp Liberty features an interesting admonition.

Does it read &#8220;Danger, insurgents&#8221;? Does it tell you to buckle up, stay in school, avoid drugs, steer clear of camel spiders, or take cover from mortar fire?