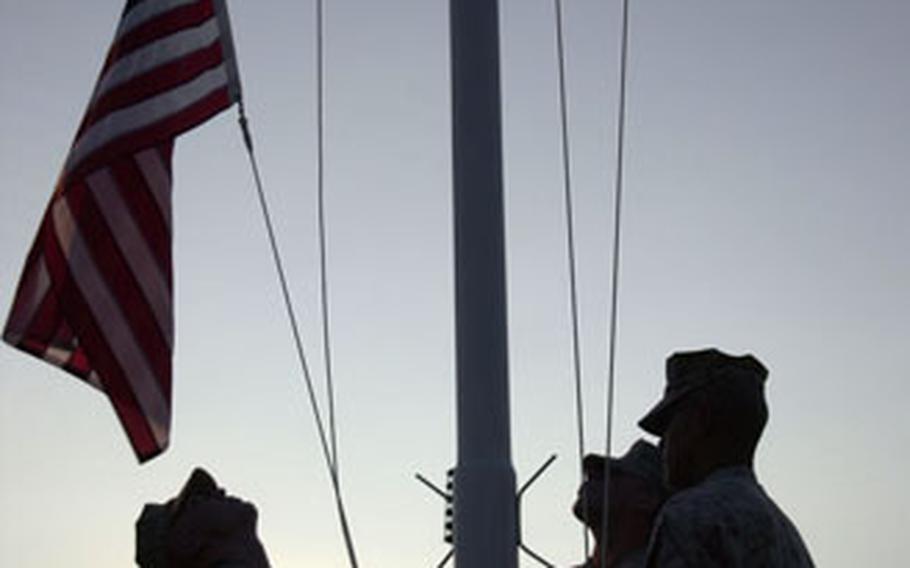 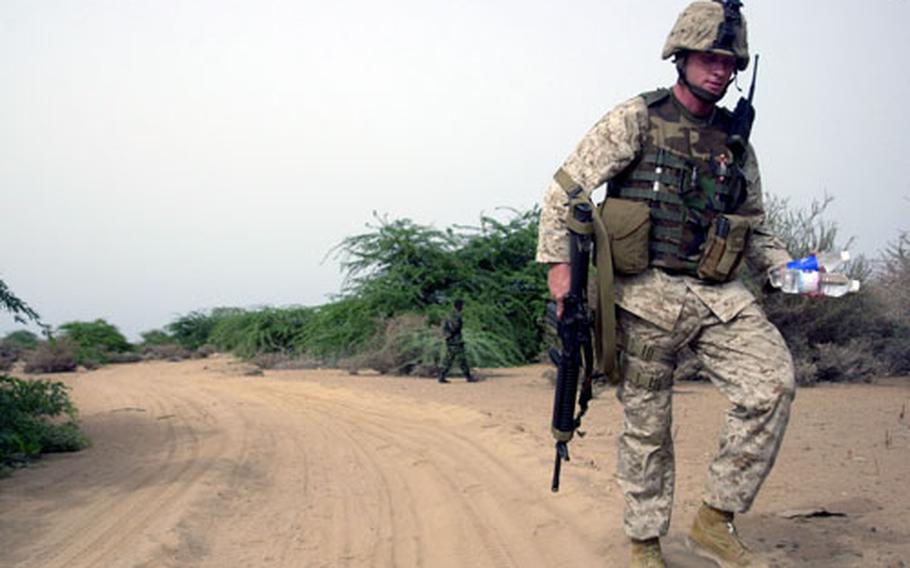 A U.S. Marine sets out on a foot patrol outside Camp Lemonier, Djibouti. The areas around the camp are populated with some of the most poisonous snakes in the world. (Joseph Giordono / S&S) 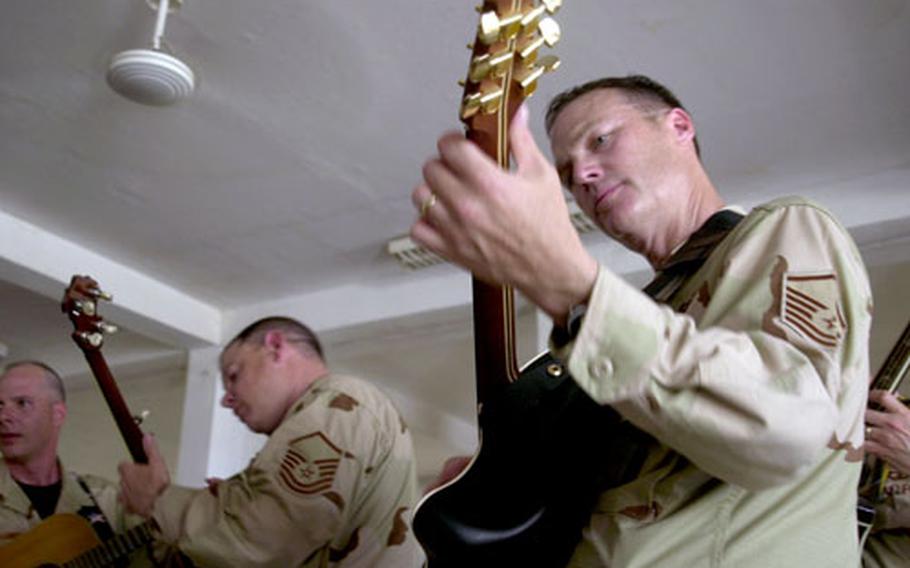 Members of Wild Blue Country, a part of the Air Force Academy Band, play at an orphanage Thursday in Djibouti. (Joseph Giordono / S&S)

DJIBOUTI &#8212; The mission is anti-terrorism, but the most frightening things for some servicemembers of the Combined Joint Task Force-Horn of Africa are decidedly more natural threats.

Along with the heat, dust and choking humidity, one of the first things they&#8217;re warned about upon arrival in Djibouti are snakes. And what a variety of deadly snakes there are.

There&#8217;s the burrowing asp (commonly found burrowing under stones or at night after a rain); there&#8217;s the puff adder (scientific name Bitis arietans, hisses when disturbed); the black mamba (can grow to 13 feet long, and found in scrub land); the Egyptian cobra (with its distinctive hooded head); and, of course, the red spitting cobra (red, spits venom).

According to a pamphlet found around Camp Lemonier and distributed by the Armed Forces Pest Management Board, those and other snakes can be found in Djibouti. The pamphlet includes symptoms of venomous bites and snakebite treatment.

The show goes onEven on the tip of the Horn of Africa, even among a group of Djiboutian orphan girls ranging from 6 to 16 years old, Smokey Robinson gets it going. An acoustic version of &#8220;My Girl&#8221; was one of the favorite songs of a two-hour visit by members of the U.S. Air Force Academy Band to an orphanage near Camp Lemonier.

The facility &#8212; a crumbling concrete and plaster compound within a fenced perimeter &#8212; is home to dozens of orphans and young women whose families can&#8217;t keep at home. It&#8217;s regularly visited by U.S. servicemembers led by the chaplains office.

At first the girls were tentative and shy, but as the concert went on, they started singing and dancing with the band and other servicemembers.

&#8220;This is really an experience. For us to be here &#8230; this is the first time the band has been on tour,&#8221; said Senior Master Sgt. Mark Burditt. The band also plans to play in the United Arab Emirates, Iraq, Kuwait, Afghanistan, Kyrgyzstan and other locations.

Soccer nightThe &#8220;combined&#8221; part of CJTF-HOA is meant to signify the various countries contributing troops, staff members and advisers to the U.S.-led mission. That is perhaps most evident around the base&#8217;s various television sets during World Cup broadcasts.

A quick look at uniform patches shows the games &#8212; regardless of who&#8217;s playing &#8212; are most eagerly watched by the French and British contingents on base. But the other night, dozens of U.S. troops got thoroughly involved in a match featuring &#8230; Mexico and Iran. Most of the group, watching on a big-screen TV at The Cantina, a bar and recreation center on base, were Americans of Mexican heritage. The others were just rooting against Iran. Huge cheers went up as Mexico scored and went on to win 3-1.

A few nights later, though, fewer than 10 people sat in the same place, watching the U.S.-Czech Republic match &#8212; and half of those watching were Brits. It was probably for the best, as the U.S. team was thoroughly outplayed, losing 3-0.