Reporter's Notebook: Marines make something out of nothing 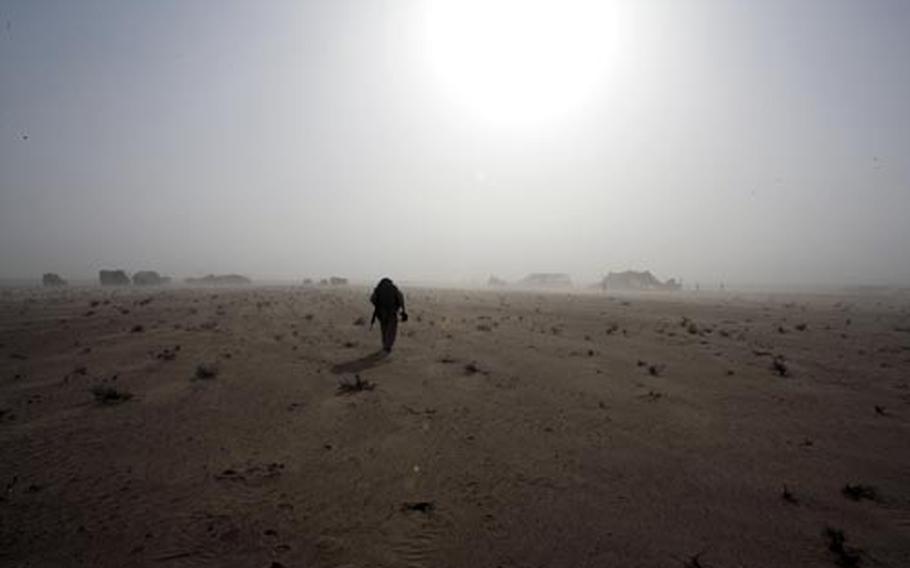 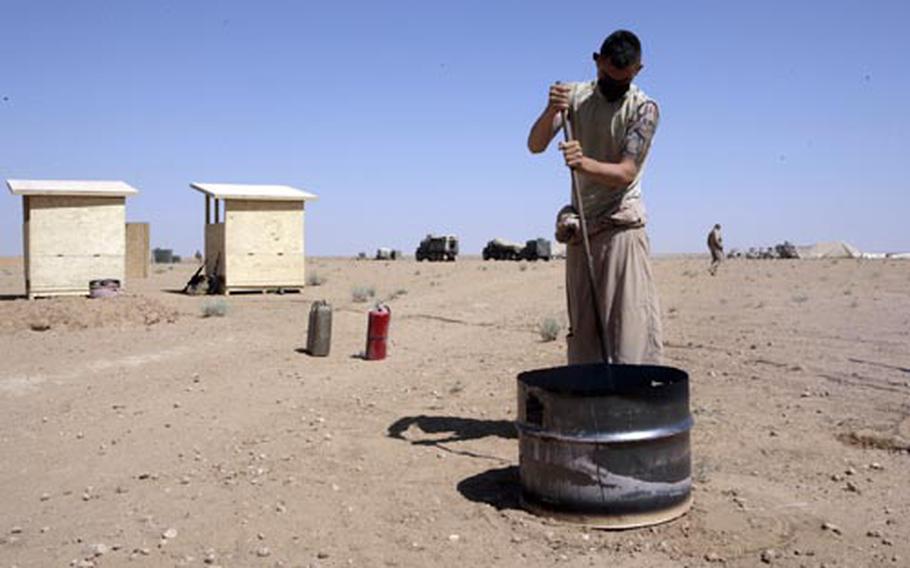 ANBAR PROVINCE, Iraq - When contractors at Al Asad Air Base ran into trouble placing gear atop base security towers, two Marine Wing Support Squadron 172 welders came up with a solution.

Now they are trying to patent it.

Contractors needed to place cameras, satellites and other gear on tower roofs, but the towers&#8217; metal roofs would buckle under the weight.

The squadron&#8217;s welders, Sgt. Jason A. Walsh, 23, from Pomona, N.Y., and Cpl. John James, 20, from Phoenix, "put their heads together" to solve the problem, Walsh said. The squadron, based in Okinawa, Japan, has been deployed to Iraq since the spring.

It took about a day to come up with the idea of a floating bracket, but working out the dimensions took a little longer, Walsh said.

Their A-shaped floating brackets are welded to the sides of towers so that the gears&#8217; weight is distributed over the whole structure instead of just on the roof.

The first bracket was fabricated in about three weeks at the squadron&#8217;s welding shop on Al Asad, although James wasn&#8217;t there to see the final product. By then, he had been moved to Rawah to help build up the outpost there, James said.

Walsh is still fabricating the brackets at Al Asad. Eventually they might be used in other parts of Iraq, Walsh said.

The contractors who originally asked for a new support bracket urged the pair to patent their idea &#8212; a suggestion the squadron has supported &#8212; and they are doing the paperwork, he said.

Both said they feel proud that something they made out of nothing has been so well received.

It would be nice to make some money from the idea as well, Walsh added.

They call it San Francisco but there&#8217;s no Golden Gate Bridge in Al Asad.

There&#8217;s no hot food, no showers, no electricity or other luxuries, either, at Rapid Refueling Point San Francisco.

Still, some Marine Wing Support Squadron 172 Marines who recently returned to Al Asad Air Base from setting up the refueling point in the Jazirah Desert say it has been the highlight of their deployment.

When the small detachment of squadron Marines got to the desert in June it was "hot, dry and flat with sandstorms every day," said Cpl. Shaun Hays, 25, a radio operator from Bowling Green, Ky.

"At first they didn&#8217;t even have tents and everyone was trying to get out of the sand," said Cpl. Rory J. Simmons, 24, a data network specialist from Atlantic, Iowa.

His main concern was "beating the heat and trying not to get stung by scorpions," Simmons said.

"Heat and sandstorms were the worst and wearing our flak jackets all the time, I&#8217;d say that part sucked," Simmons said.

Hays said he most missed having showers and hot chow. It was nothing but Meals, Ready to Eat, he said.

Lance Cpl. McKenzie J. Benally, 20, a heavy equipment operator from Shiprock, N.M., said he, too, missed hot meals and to make it worse, "instead of salt and pepper, we had sand."

To get away from the sand and pervasive scorpions, some Marines even tried sleeping on top of their equipment, said 1st Lt. Emma Frowine, 25, commander of Engineer Operations Company from Peebles, Ohio.

But the scorpions climbed atop the gear, Frowine said.

Still, most of the Marines relished the experience.

Roughing it at San Francisco was what he thought his deployment would be like, said Simmons, who is on his first tour to Iraq.

Simmons was a little disappointed by the luxuries of Al Asad Air Base, which he called "Camp Cupcake" with its air conditioned living quarters, Internet and phone access, hot meals and showers.