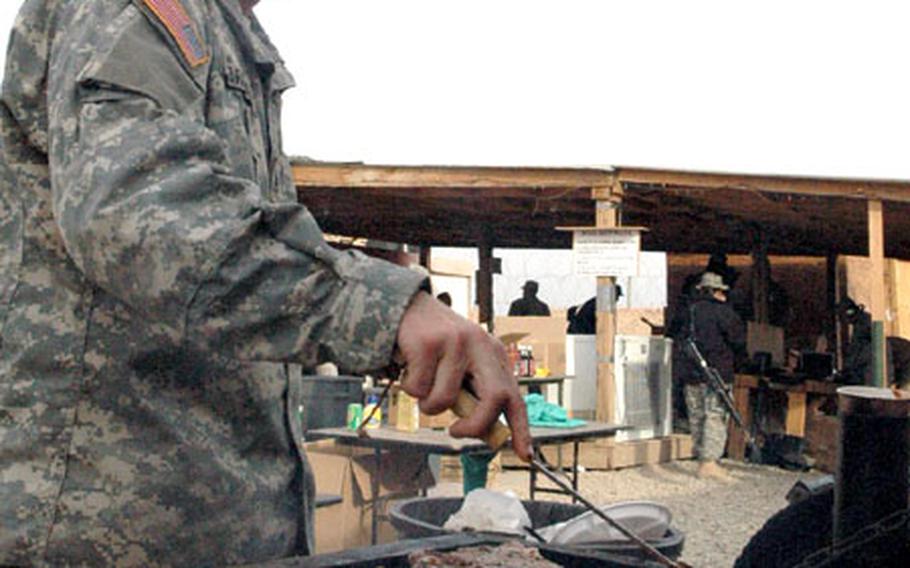 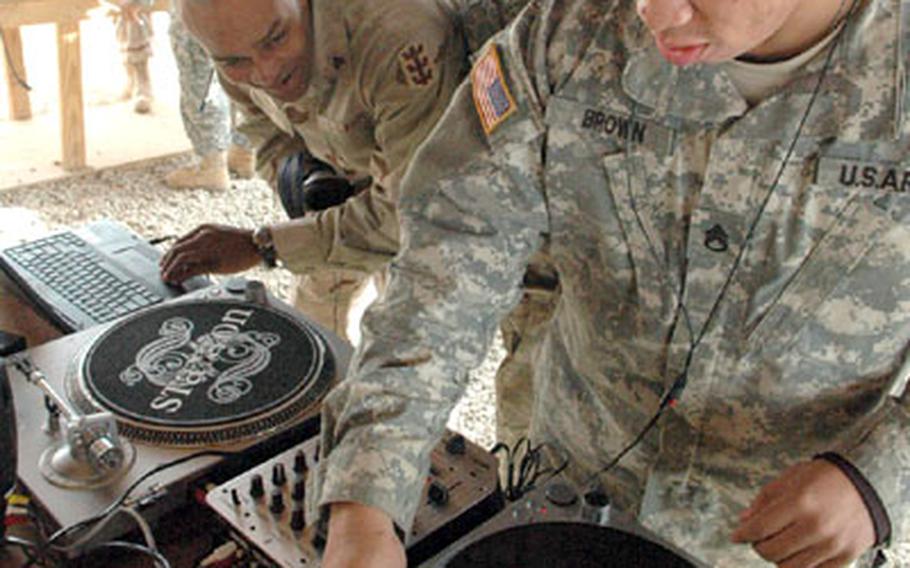 The war in Iraq may be waged with roadside bombs and cordon-and-search operations, but when it comes to the walls of Ramadi&#8217;s notorious athletic stadium, it&#8217;s a battle of spray paint and fractured English.

The soccer arena, an occasional launch point for insurgent mortar attacks and a weapons stash site, looked recently like the battleground for insurgent taggers and coalition graffiti artists.

&#8220;We will terror our enemy,&#8221; read one message, scrawled in black spray paint on the long, low wall that surrounds the stadium.

A similar message further down the wall featured a red and yellow rainbow.

A little liftWhen it comes to breaching those heavy, ornate metal gates that guard the front of most Iraqi homes, one Marine staff sergeant in Ramadi said there&#8217;s a much easier way to get them open than hammering at them.

The Marine, who said he encountered his share of those gates during the siege of Fallujah last year, said he&#8217;d kicked and battered himself to exhaustion before he discovered the secret to getting them open.

Helmet camPfc. James Lovell, of Troop E, Squadron S, 3rd Armored Cavalry Regiment doesn&#8217;t have plans to go Hollywood just yet, but he may be on his way.

The 20-year-old Mount Vermont, Ky., native recently purchased his own &#8220;helmet cam&#8221; &#8212; a small video camera lens about the size of a roll of dimes that he attaches to his helmet with Velcro. He plugs the lens into a digital video recorder he stows in his Camelbak backpack.

Lovell started using the device to tape raids and house clearings in one of the tougher neighborhoods of Tal Afar early last month.

He said he got the idea from Special Forces soldiers who make videotapes of their work, and said he ordered the lens over the Internet for roughly $300. The quality of the tapes is surprisingly good, he said.

His buddies in 3rd Platoon give him a hard time for shelling out so much cash, but Lovell said he just ignores them.