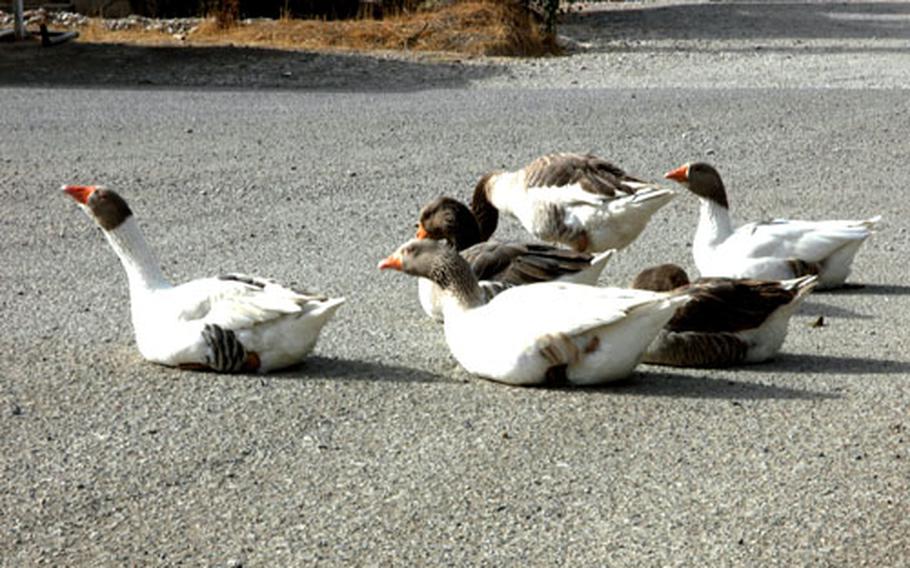 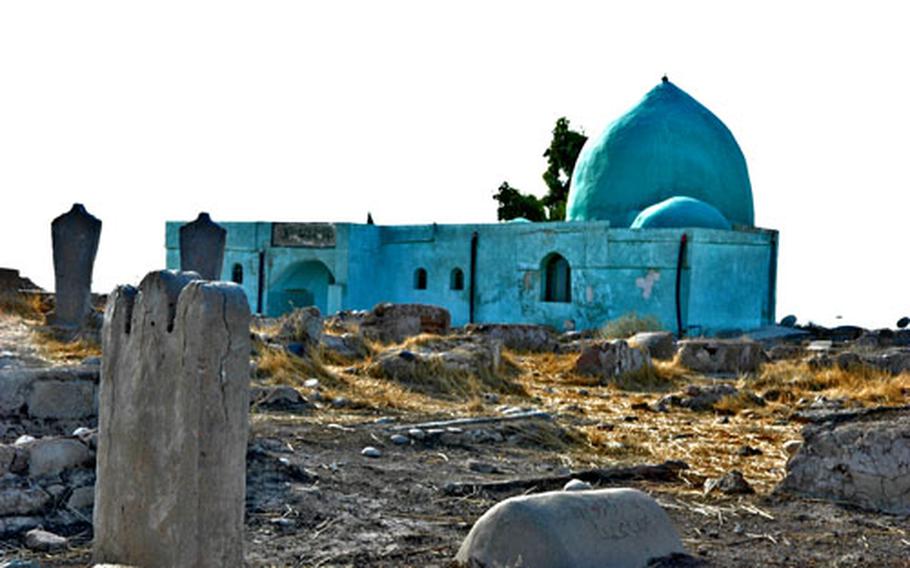 A 300-year-old Turkoman mosque on Forward Operating Base Warrior is off limits to U.S. troops, but a chplain is trying to arrange for a local imam to lead prayers there for 16 Muslim soldiers in the 1st Brigade Combat Team of the 101st Airborne Division. (Anita Powell / S&S) Iraqi Lt. Col. Yashar Midhat takes an American M240B for a spin during a training exercise at an Iraqi Army base in Kirkuk last week. Midhat smoked Capt. Cole Calloway of Company B, 451st Civil Affairs Battalion, an Army Reserve unit, in a shooting contest using AK-47s to hit a cigarette in the ground at 25 meters. (Anita Powell / S&S)

The squadron&#8217;s area of operations is a small area on the eastern side of the base. On most mornings, the unit can be seen assembling in a parking lot, marching to a honking cadence, conducting marine operations in a nearby pond and attacking anyone foolish enough to confront them.

Their rules of engagement are fair, but have teeth. After sounding a warning honk, the geese deliver nasty nips to the legs and ankles of intruders.

The geese&#8217;s time on the installation dates back at least a year, although officials could not say why they chose the area, where they are from or why they are here.

The cemetery is the final resting place of Sultan Saqi, a distant descendant of the prophet Muhammad. Saqi was related to Imam Zainal Abdeed, who was related to the sons of Ali, who was Muhammad&#8217;s cousin and son-in-law.

Both the bright green mosque and cemetery grounds are off-limits to soldiers, as per a theaterwide order that limits U.S. servicemembers&#8217; access to mosques.

But Scott says he wants to try to bring in a local imam to lead prayers in the mosque for the 16 Muslim soldiers in the 1st Brigade Combat Team of the 101st Airborne Division.

The target: a cigarette planted upright in the ground at 25 meters. The weapon: an Iraqi standard-issue AK-47.

The challenge, given by Iraqi Col. Jasim Ali, was accepted by Capt. Cole Calloway of Company B, 451st Civil Affairs Battalion, an Army Reserve unit with members from around the United States. The exercise was intended to familiarize U.S. soldiers with foreign weapons systems, including the popular AK-47, the weapon of choice for both the Iraqi Army and many insurgents.

His adversary, Lt. Col. Yashar Midhat, apparently had. He cleanly hit the cigarette on the fifth shot. It took Calloway eight shots, all close, before admitting defeat.