Reporter's Notebook: FOB may not be much, but it does have Wi-Fi 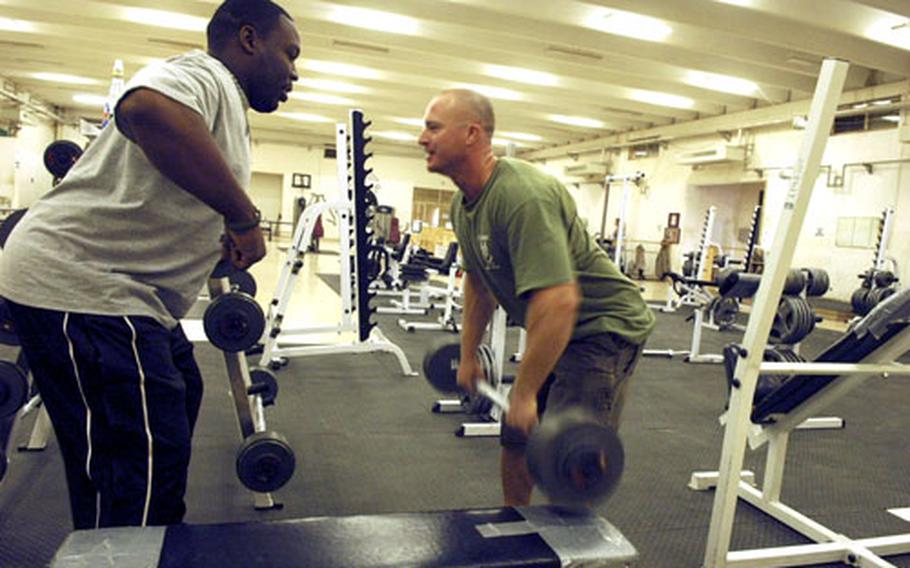 Soldiers arrived a few months ago at a forward operating base in Husaybah, Iraq &#8212; converted from a battle-scarred youth center &#8212; to learn they had no phones and no chow hall.

A group of Marines from the Civil Affairs Group contracted with a local Iraqi firm earlier this year to provide the wireless service. The Marines from the California-based 1st Battalion, 7th Marine Regiment simply pooled money and renewed the service for an additional six months.

Some troops, however, didn&#8217;t think to pack the needed computer equipment. Lance Cpl. Kurt Feirick is in Iraq for his third time and recalls postings where mortar fire was more common than running water.

&#8220;I wasn&#8217;t really expecting to have wireless Internet. Our other two trips to Iraq were pretty different,&#8221; said Feirick, a Michigan native.

Smugglers&#8217; plans go up in smokeOne of the perks of being a U.S. Marine stationed near the Syrian border?

The smugglers themselves ran when they saw the Marines and weren&#8217;t caught.

The company noncommissioned officers passed out the cigarettes to young Marines living in nearby battle positions.

Personal help for physical fitnessFor soldiers and Marines who spend a lot of time at a desk, the Army is offering personal trainers to help them stay in shape.

As life at many forward operating bases becomes more routine, Morale, Welfare and Recreation is not only running gyms for troops downrange, but offering civilian workers to help with personal training.

Bates is one of several hundred KBR workers spread across the U.S. bases in Iraq, offering help with weightlifting, designing workout schedules or advising troops on their diet. It&#8217;s a luxury limited to troops based on large camps and largely unavailable to troops who are at smaller patrol bases where there may be little more than a single weight bench and a few barbells.

Bates works with dozens of troops who hope to get in good shape during their stay in Iraq. For many troops, the gym is an escape from the day-to-day tedium of Iraq.