“I’d never thought we’d have built as tight of a bond as we did,” Sgt. 1st Class Dexter Palmer said about working with Bulgarian and Romanian troops. (Charlie Coon / S&S)

“I’d never thought we’d have built as tight of a bond as we did,” Sgt. 1st Class Dexter Palmer said about working with Bulgarian and Romanian troops. (Charlie Coon / S&S) 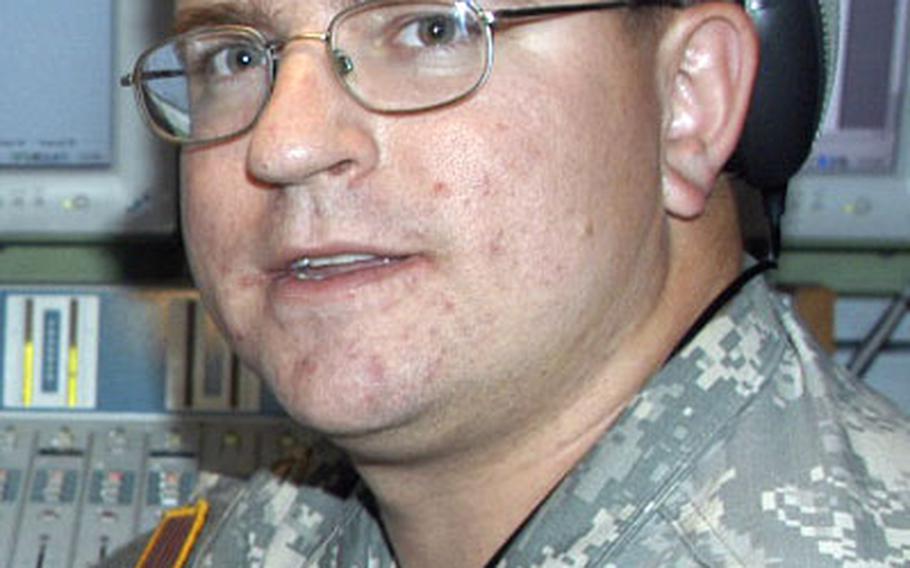 They strap on vests and helmets, and have their weapons equipped with lasers. The gear, called Deployable Instrumentation Systems Europe, or DISE, tracks their movements and gunfire while they practice convoy security or raided houses.

Afterward, soldiers who are part of an exercise called Immediate Response 2006 gather around large TVs and watch an instant replay of their work.

The DISE system enabled soldiers to see what they couldn&#8217;t see before during their post-training sessions, &#8220;such as when you are entering a room alone,&#8221; said Staff Sgt. Dominic Mirabel.

Gear for up to 800 soldiers as well as monitoring equipment was packed into two containers and transported to Bulgaria by train.

Brett Ritzmann, a former armor soldier who served 15th months in Iraq before becoming a civilian employee with the JMTC, said he would have liked to have trained using DISE equipment.

After exiting the choppers, two teams stormed a house where improvised explosive devices were being stored and a high-ranking enemy fighter was believed to be staying.

The soldiers &#8212; U.S., Romanian and Bulgarian &#8212; captured the enemy fighter, blew up the explosives, and scrambled back to the helicopters with their prisoner.

It was a good way to cap training, according to Sgt. 1st Class Dexter Palmer of Company B, 1st Battalion, 94th Artillery Regiment, based in Idar-Oberstein, Germany.

Palmer said he had doubts that soldiers from three nations, with three different languages, could work together on the same teams.

AFN goes on locationAmerican Forces Network for the first time brought self-contained radio and television gear on location to a training exercise.

This enabled AFN staff in Novo Selo to deliver stories more quickly to AFN&#8217;s worldwide audience. Before, reporters in remote locations used whatever Internet and satellite technology they could find.

The transmission was strong enough so that Bulgarians who lived within 12 miles could also listen to AFN, at least until the crew packed up and headed back to Heidelberg.