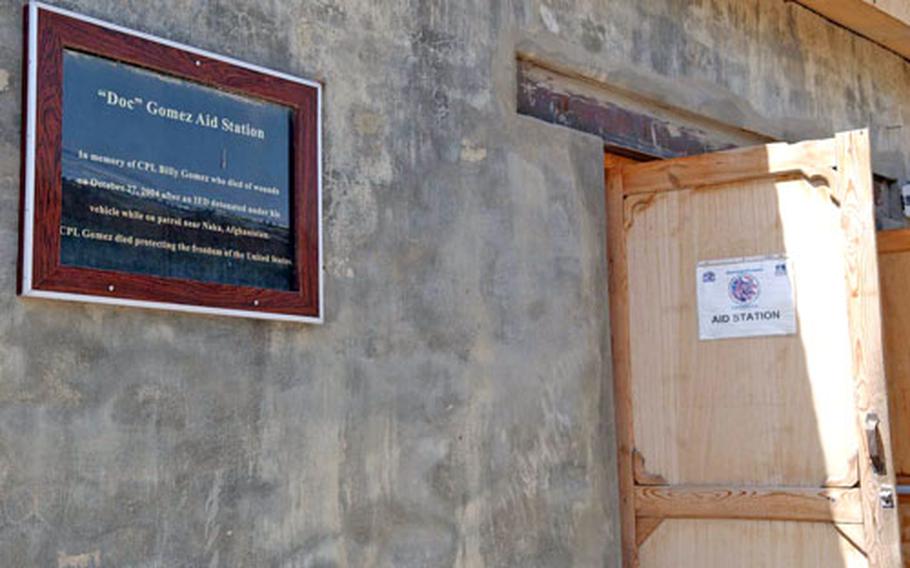 A sign dedicates Forward Operating Base Orgun-E’s aid station to Cpl. Billy Gomez, who died Oct. 27, 2004, after a roadside bomb detonated under his vehicle near Naka. A number of spots at the FOB are dedicated to soldiers killed in action in Afghanistan. (Michael Abrams / S&S)

A sign dedicates Forward Operating Base Orgun-E’s aid station to Cpl. Billy Gomez, who died Oct. 27, 2004, after a roadside bomb detonated under his vehicle near Naka. A number of spots at the FOB are dedicated to soldiers killed in action in Afghanistan. (Michael Abrams / S&S) 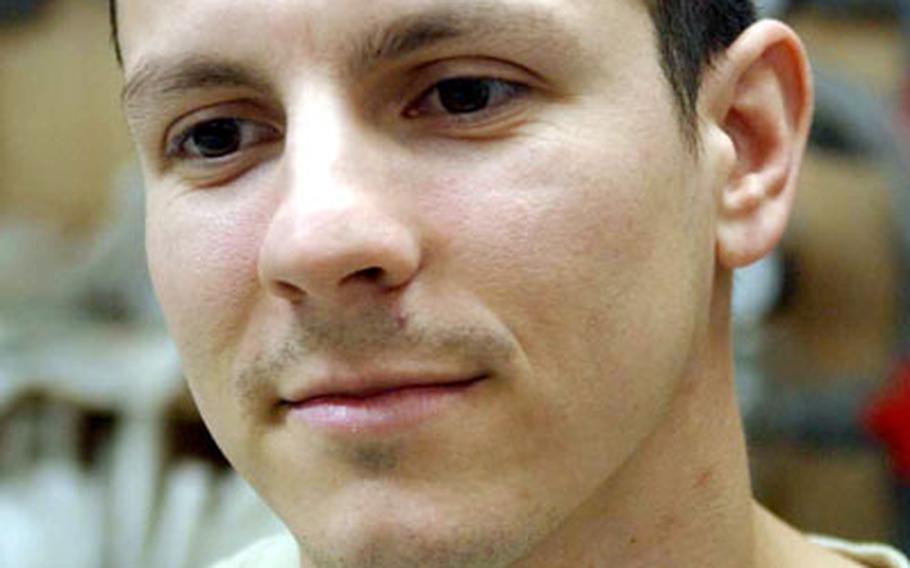 ORGUN, Afghanistan &#8212; If doctors were forbidden to marry, like Roman Catholic priests, the standard of care would likely shoot way up, according to one doctor living like a monk now: Lt. Col. Floriano Putigna, an emergency room physician at the 14th Combat Support Hospital at Bagram Air Base.

But the top reason, he said, was the attention doctors were able to give patients in that setting.

Moment of SilenceForward Operating Base Orgun-E is in the middle of the fight of the war on terror &#8212; in Patika province, Afghanistan, just a few miles west of the Pakistan border.

At the precise moment on the anniversary of the attack &#8212; 5:16 p.m. local time &#8212; a siren sounded to mark what was supposed to be a moment of silence. But there was little reflection and a lot of confusion.

Soldiers walking around the Spartan base kept on walking. Afghans working on the base assumed the siren denoted what it usually did &#8212; a rocket attack &#8212; and headed for the bunkers. The siren blared for what seemed like several minutes, then a voice came over the loudspeaker.

The Smoothie DietTo the soldiers scattered throughout Afghanistan&#8217;s remote forward operating bases, where C-130s can&#8217;t land to resupply, there is no Baskin Robbins. There is no education center, no pizza shop, no jewelry stands, no rug bazaars.

What there is for soldiers at some FOBs is a gym and vast expanses of dust, heat, blast barriers and dirt berms to look at. They use dining facilities where the food&#8217;s not so hot, highly limited and prone to running out.

&#8220;We were supposed to go on a mission that stopped there and another unit took our mission. We were so angry,&#8221; said another.