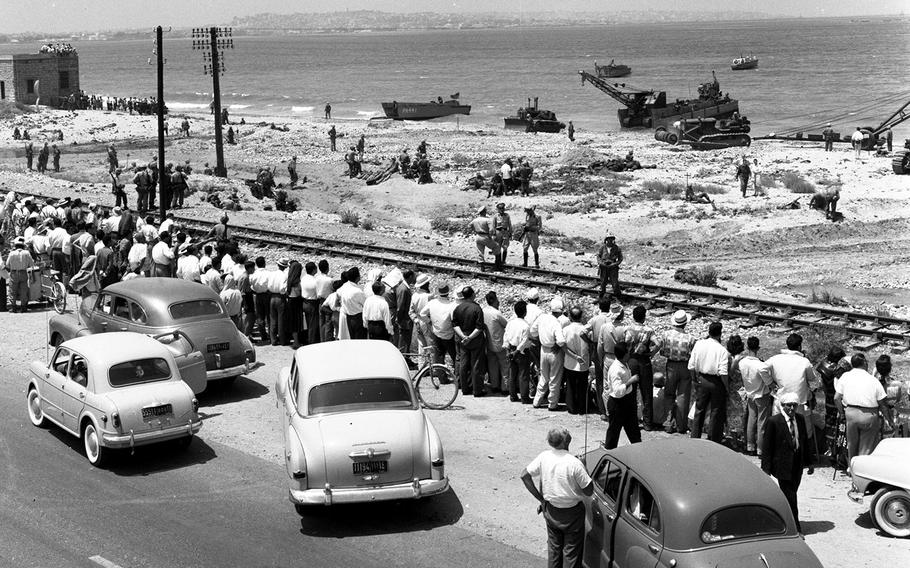 BEIRUT — For more than 150 news correspondents covering the Lebanese landings here, this has become the "taxicab war."

Newsmen use taxicabs to race from one sudden and unexpected development to another. Military officials, on non-tactical errands, take taxis to surmount the shortage of official vehicles, and diplomats, rushing from conference to crisis, hail a cab to keep their appointments.

The taxicab drivers are having a picnic and are among the very few in this "Paris of the Middle East" who do not miss the foreign money lost by the sudden decline in paying tourists.

Taxicab drivers have compensated for the tourism decline by inclining their prices accordingly.

A typical example of the spiraling increases in fares was demonstrated when marine-carrying ships of the 6th Fleet moved into position opposite "Yellow Beach," four miles north of town.

For those few newsmen who were well enough informed about the landing or could outguess their competition, the fare from city to landing site was 10 Lebanese pounds ($3).

As the news of the amphibious assault spread and more writers, photographers and onlookers hailed cabs to race northward along the beach road the prices raced with them.

At one point the spiraling price reached 40 Lebanese pounds ($12) for the four-mile ride.

Again, when the paratroopers of the Army task force began arriving at the airport the $2 ride became $10.

When these exorbitant prices are challenged, the drivers shrug their shoulders and reply, "It is hazardous work, monsieur."