Report: US troops in Iraq exposed to chemical weapons from Iran-Iraq War 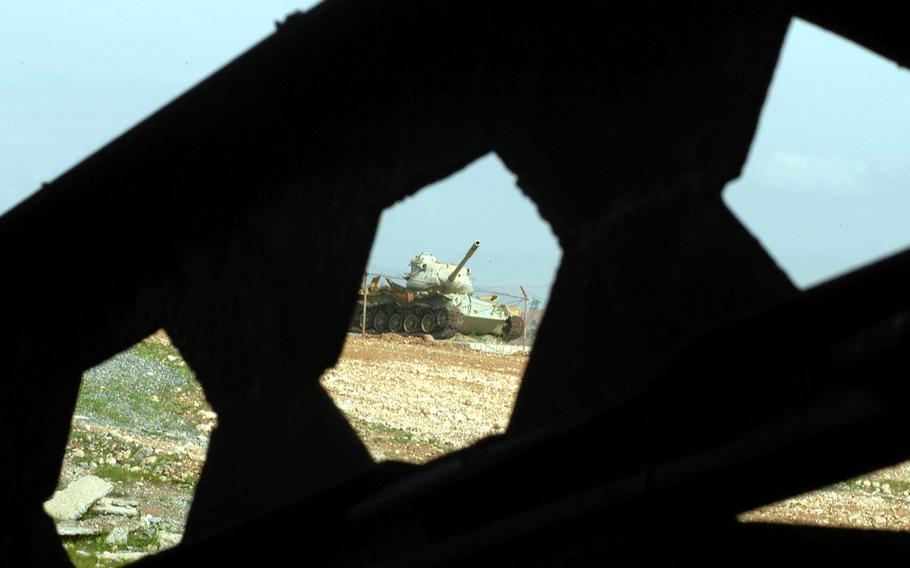 Rusting milary tanks left from the Iraq-Iran war are scattered across the countryside near Qasr-e-Shirin, Iran, in 2003. A New York Times investigation found U.S. and Iraqi soldiers from the Iraq War had been injured by Iraq chemical weapons left over from the Iran-Iraq War in the 1980s. (KRT/MCT)

Although claims that Iraq was still producing weapons of mass destruction just before the 2003 invasion of the country proved false, the U.S. military tried to cover up injuries to American troops who found chemical stockpiles from before the First Gulf War, according to a New York Times report.

Some troops were exposed to deadly mustard gas and sarin when they tried to destroy weapons, the Times reported Tuesday.

The weapons were not one ones that the Bush Administration erroneously claimed Saddam Hussein was producing in violation of U.N. sanctions. Some of them were designed in America and sold to Iraq for use in the Iran-Iraq War, a conflict that left hundreds of thousands dead between 1980 and 1988. Amid an effort to keep the discoveries quiet, U.S. troops in the Iraq War were denied proper medical care and other troops were unknowingly put in contact with the chemical agents, according to the report.

Between 2004 and 2011, U.S. and U.S.-trained Iraqi troops were wounded in at least six separate incidents by chemical weapons built before the Gulf War, according to the report. American troops found about 5,000 chemical warheads, shells or aviation bombs, according to interviews with dozens of participants, Iraqi and American officials, and heavily redacted intelligence documents obtained under the Freedom of Information Act by the New York Times.

There are more than 17 cases of U.S. servicemembers being injured by chemical weapons in Iraq, but there is no need for a Pentagon-level review of the cases, Pentagon spokesman Rear Adm. John Kirby said.

Secretary of Defense Chuck Hagel saw the article, Kirby said. “The secretary … has concerns about whether or not they’ve been treated fairly and equitably and if they’ve gotten the care that they need. But this is an issue for their chains of command to deal with.”

The Times report went on to point out how this illuminates the persistent risks of the country’s abandoned chemical weapons, especially in light of the rise of the Islamic State. Since June, the radical jihadist group has been in control of the Muthanna State Establishment compound, the center of Iraqi chemical agent production in the 1980s. Many of the U.S. incidents took place around the ruins there.