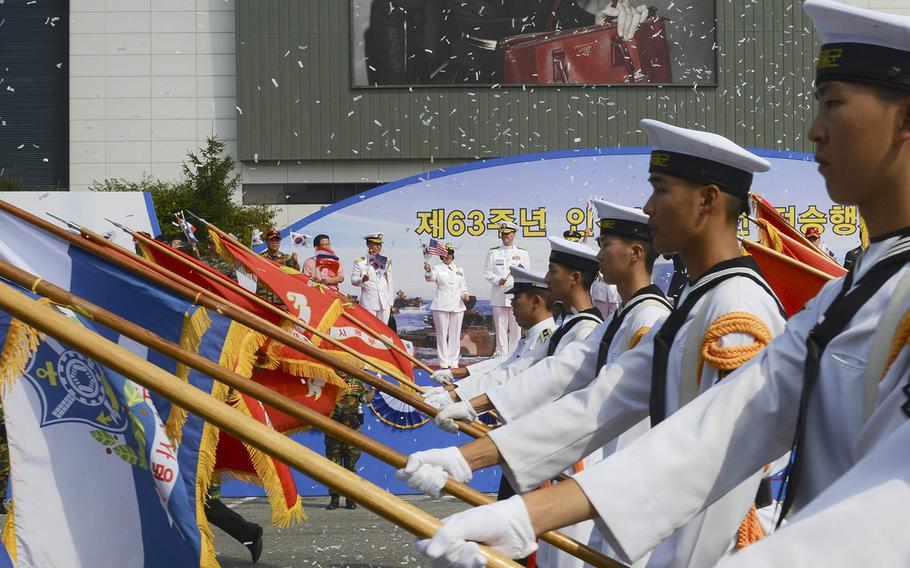 South Korea and the U.S. will set out conditions for Seoul to take control of the two nations’ militaries in the event of war on the Korean peninsula, a move that would scrap a scheduled transfer in 2015 from the U.S. military to South Korea, the Wall Street Journal reported Tuesday.

Instead, the two sides will detail goals for Seoul’s military capabilities before a transfer can be made, South Korea’s vice defense minister Baek Seung-joo said in an interview with the paper.

A key element of the plan will be Seoul’s development of a threat detection and missile system that can knock out North Korean bases preparing an attack, Baek said. The system, known as a “Kill Chain” will take several years to develop, he said.

Details of the new plan are expected to be released after a Thursday meeting between U.S. Secretary of Defense Chuck Hagel and South Korean Defense Minister Han Min-koo in Washington, the paper reported.

Currently, the U.S. is committed to commanding both American and South Korean troops in the event of war with North Korea, a legacy dating back to the 1950-1953 Korean War. Unified control has been seen as the most effective way to deter a North Korean attack and ensure a coordinated response.

In 2006, South Korean President Roh Moo-hyun first called for Seoul to regain wartime control of South Korean troops. Washington agreed and a plan was formed to do the transfer by 2012. But since then, conservative governments in South Korea have delayed the transfer in response to their concerns about North Korea’s growing military threat.

“The most important thing is whether we can really deter North Korea from going to war, and I think we need more time to be able to do so,” Baek told the Journal. He declined to discuss further details of the terms of the new handover arrangement, the paper wrote.

South Korea is home to 28,500 American troops. Alongside 640,000 South Korean soldiers, the U.S. forces face around 1.2 million North Korean troops, most of whom are massed near the border area.