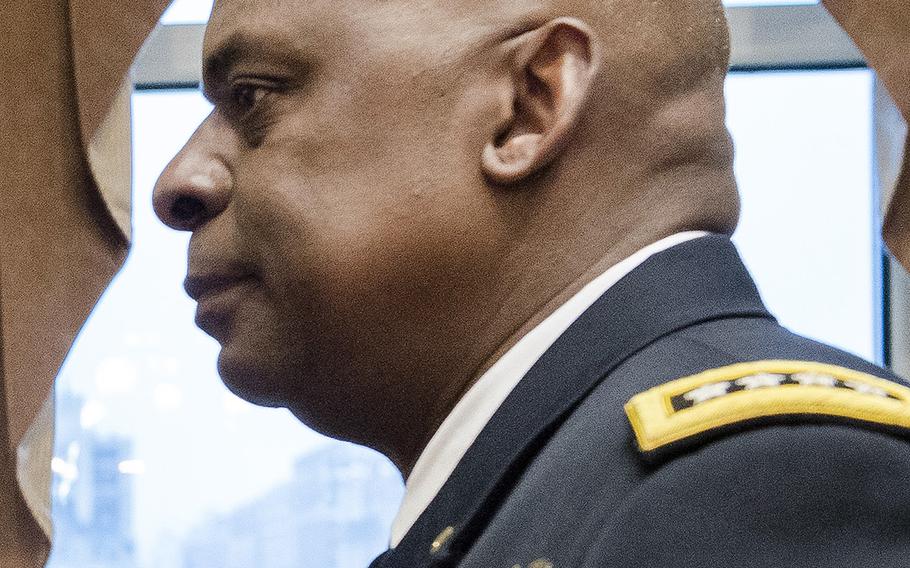 The U.S. and Iraq are preparing for an assault by summer to retake Mosul, selecting and training military units and cutting supply lines to Islamic State militants who control Iraq’s second-largest city, the top American commander in the Middle East told the Wall Street Journal.

Gen. Lloyd Austin, head of U.S. Central Command, said the campaign against Islamic State has inflicted significant damage. Opposing forces have reclaimed about 300 square miles of territory in Iraq and killed some 6,000 members of the Sunni radical group, and eliminated about half its leadership.

The Journal wrote that U.S. officials say they don’t have a good estimate of the current number of Islamic State forces, although they were once estimated at up to 14,000. Mosul, a city of 600,000, fell to Islamic State militants in June at the start of its blitz across northwestern Iraq.

A coalition of Iraq’s most experienced military forces, including Kurdish peshmerga and U.S.-trained Sunni fighters, would be ready by the spring or early summer to begin the offensive to retake Mosul, Austin, the chief architect of the international military campaign against the Islamic State, ir reported as saying.

Speaking at his headquarters in Tampa, Austin said the U.S. must wait for Iraq’s forces to be ready before moving.

“If we did things alone or with some of the other allies on the ground, it could move faster,” he said. “But the Iraqis have to do this themselves.”

Austin told the Journal he had not decided whether to recommend that U.S. ground troops accompany local units pushing into Mosul, but emphasized the military would “do what it takes.”

He said there are signs that Islamic State is having trouble finding new fighters — noting their recruiting of child soldiers and trying to forcibly conscript fighters in Mosul. The group “is beginning to experience a manpower issue,” Austin said.

The Wall Street Journal reported that U.S. officials believe the people of Mosul will support the Iraqi forces, but they expect a tough fight, with the possibility of booby-trapped houses and roadside bombs.

The U.S. has begun training new Iraqi security forces at four sites. There are about 1,000 Iraqis at the al-Asad base in Anbar province, 1,800 at the Besmaya base south of Baghdad, 1,300 at Taji base to the north of the capital, and 300 Kurds in Irbil — the capital of the semiautonomous Kurdistan region.

Last year, Gen. Martin Dempsey, the chairman of the Joint Chiefs of Staff, raised the possibility in testimony before Congress that U.S. troops might need to accompany Iraqi forces during the Mosul fight to help call in airstrikes. Austin told the Journal that he had made no decision but said he may request that the White House send in U.S. advisers alongside the Iraqi divisions.