Report shows a military and a nation disconnected 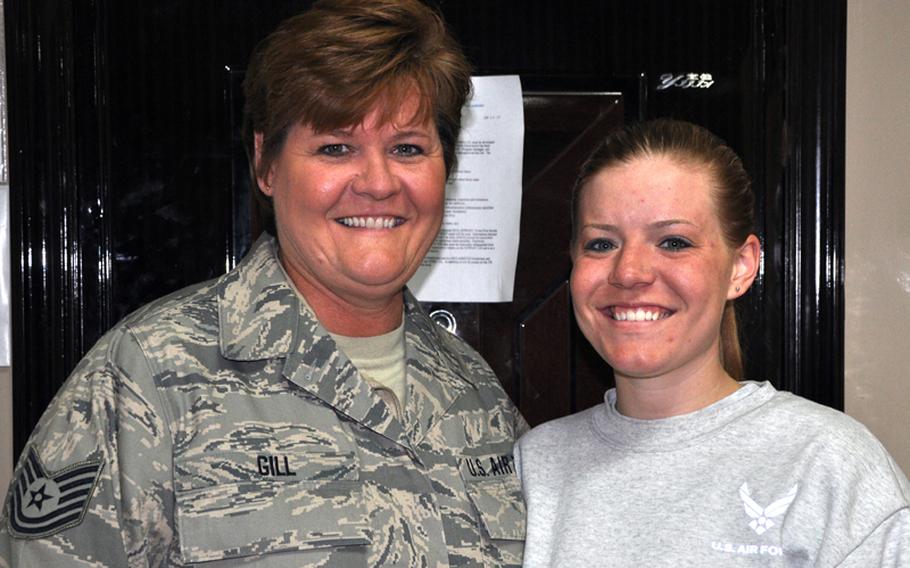 At at Manas, Kyrgyzstan, Tech. Sgt. Terri Gill and her daughter Senior Airman Audrey Gill are deployed together to the 376th Expeditionary Civil Engineer Squadron from McGhee Tyson Air National Guard Base, Tenn. The pair will spend the 2011 holiday season together, but away from the rest of their family in Bean Station, Tenn. (Cynthia Dorfner/U.S. Army)

WASHINGTON &mdash; A new report on civilian ties to the military puts numbers to what top military leaders have been a lamenting for years: The American public is largely disconnected from its fighting force.

Not only has less than one half of one percent of the nation served at any given time during the last 10 years of war, but the burden is increasingly consolidated among families with a history of service, the Pew Research Center found.

In &ldquo;The Military-Civilian Gap: Fewer Family Connections,&rdquo; the center reports that veterans are twice as likely as the general public to have a child who has served, with 21 percent versus 9 percent.

Pew also found that 43 percent of veterans had a sibling who served in the military, compared to only 23 percent of civilians.

Overall, 18 percent more veterans than non-veterans say they have an immediate family member who has also served.

That divide widens for the generation who grew up in the post-draft era. For those under 40 years old, 60 percent of veterans have an immediate family member who served in the military, compared to 39 percent of civilians.

Robert Gates, former secretary of defense, and Adm. Mike Mullen, former chairman of the Joint Chiefs of Staff, often expressed concern that troops were isolated from the rest of America.

At West Point last spring, Mullen said he didn&rsquo;t doubt that Americans appreciate the military, &ldquo;but I fear they do not know us. I fear they do not comprehend the full weight of the burden we carry or the price we pay when we return from battle.&rdquo;

That distinction is important, he continued, &ldquo;because a people uninformed about what they are asking the military to endure is a people inevitably unable to fully grasp the scope of the responsibilities our Constitution levies upon them.&rdquo;

Pew found that two-thirds of those with family ties to the military had done something to help a servicemember in the last 10 years. Fewer than half of those without a personal connection did so.

The center also found that those with a veteran family member were more likely to consider themselves patriotic, to say America is the greatest country in the world and to recommend a career in the service.