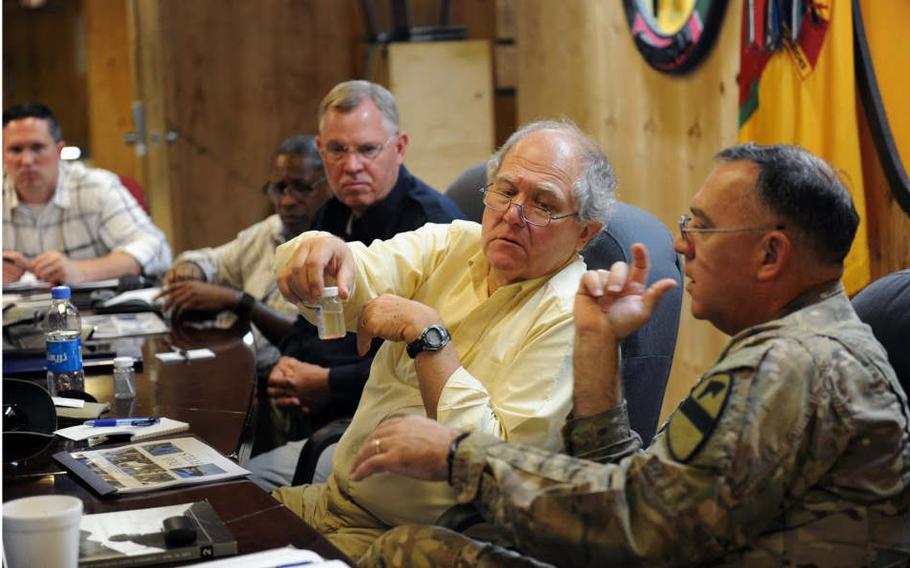 KABUL, Afghanistan — A 17-year U.S. effort designed to pacify large parts of Afghanistan has “mostly failed” due to lack of coordination between civilian agencies and the military, the Special Inspector General for the Reconstruction of Afghanistan said in a report released Thursday.

“The stabilization strategy and the programs used to achieve it were not properly tailored to the Afghan context, and successes in stabilizing Afghan districts rarely lasted longer than the physical presence of coalition troops and civilians,” said the document, the fourth in a series of “lessons learned” reports on the war.

Convincing Afghans to support the Kabul government instead of the insurgents was an inherently political task, but the military took the lead even though the State Department and the U.S. Agency for International Development were better suited for the job, said the report.

It recommended that the State Department should take charge, USAID should do most of the work and that the military should provide support in future contingencies.

SIGAR also recommended creating a special group of civilians who could be deployed rapidly to assist with pacification efforts.

The U.S. military took the lead on stabilization efforts because it had far more resources compared with the understaffed civilian agencies, the report said.

The military prioritized stabilizing the worst-hit areas through security and aid, the report said. This decision caused “significant tensions” between USAID and the military. Under pressure from the military, USAID paid for schools and new roads in areas too dangerous to monitor, leading to corruption.

“Despite some heroic efforts to stabilize insecure and contested areas in Afghanistan between 2002 and 2017, the program mostly failed,” said John Sopko, the special inspector general.

Military leaders and USAID officials often clashed, Sopko said, citing senior USAID leaders who said they were pushed into programs that they did not want to do and that the military “expected us to be bags of cash.”

The military’s focus on contested areas meant areas not fighting against the government did not receive as much aid.

Many Afghans resented how the U.S. built roads and schools for the Taliban’s supporters, Khalid Pashtoon, a legislator representing Kandahar, told Stars and Stripes.

“In Kandahar, the people say, ‘When we are behaving, no one is paying attention, but the people who are causing trouble, they’re the ones receiving money,’ ” Pashtoon said.

One senior USAID official disputed parts of the report’s findings. Larry Sampler, who helped lead USAID’s efforts in Afghanistan and Pakistan from 2013 to 2016, said he rejected the notion of “rivalries” or “significant tensions” between the military and civilian organizations.

“We sometimes operated on different orders, and with different priorities; sometimes that was a good thing, and often it might have appeared to a cursory observer as if we were at odds,” Sampler told Stars and Stripes. “But we were not rivals.”

The report also stated that the U.S. tried to do too much in too little time. Projects that planners knew needed a decade to bear fruit were crammed into 18-month timelines, the report said.

The drawdown of U.S. troops in the region undid that progress, said Marc Chretien, who served as senior State Department adviser to the Marines in Helmand.

Chretien told Stars and Stripes that he returned to the region every month after the drawdown and saw “a slow regression” as the Taliban returned. Today, Helmand is among the most clearly Taliban-controlled provinces in the nation and the Marines have returned.

“If an administration wants the military to succeed, they have to have a long-term commitment,” Chretien said.