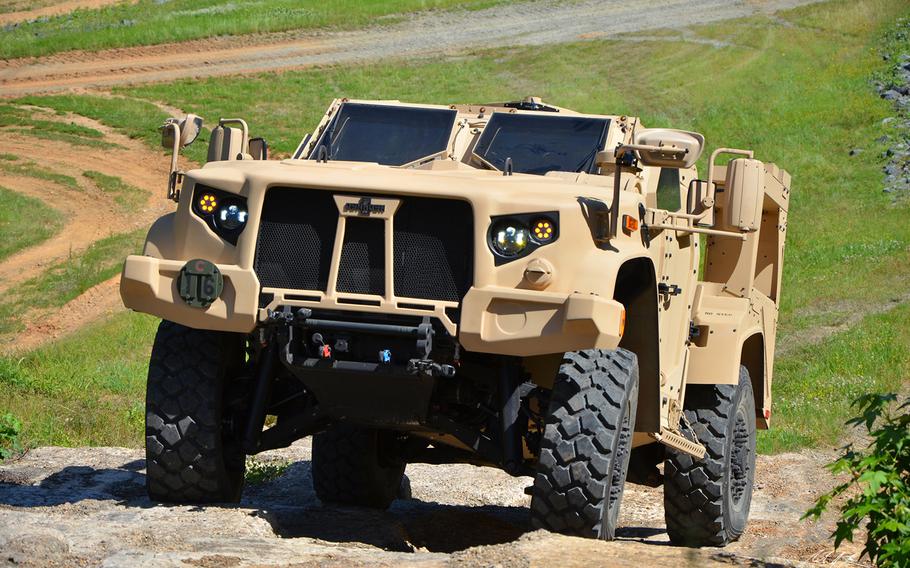 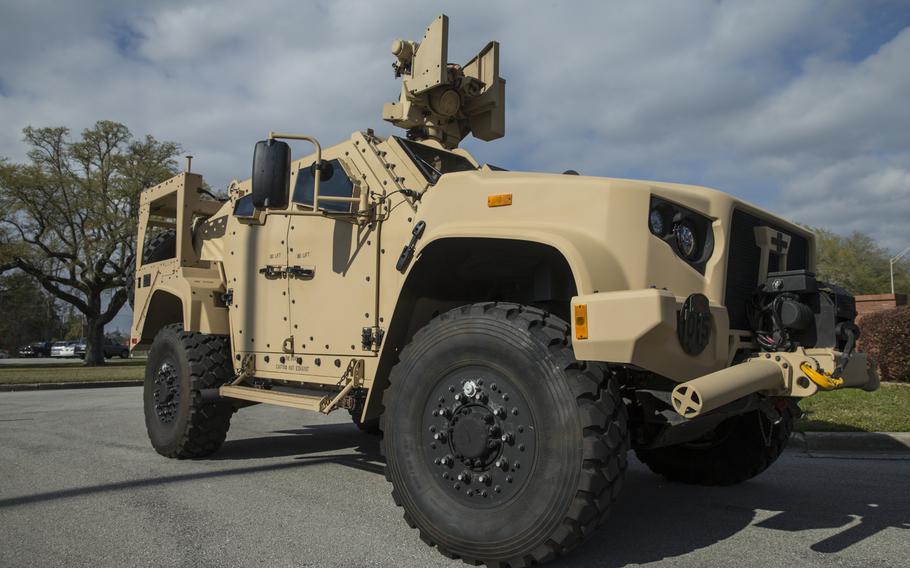 The Joint Light Tactical Vehicle is showcased to the 2nd Marine Logistics Group on Camp Lejeune N.C., Mar 7, 2018. The new JLTV has been described as "not operationally effective" in a new Pentagon report. (Scott Jenkins/U.S. Marine Corps) 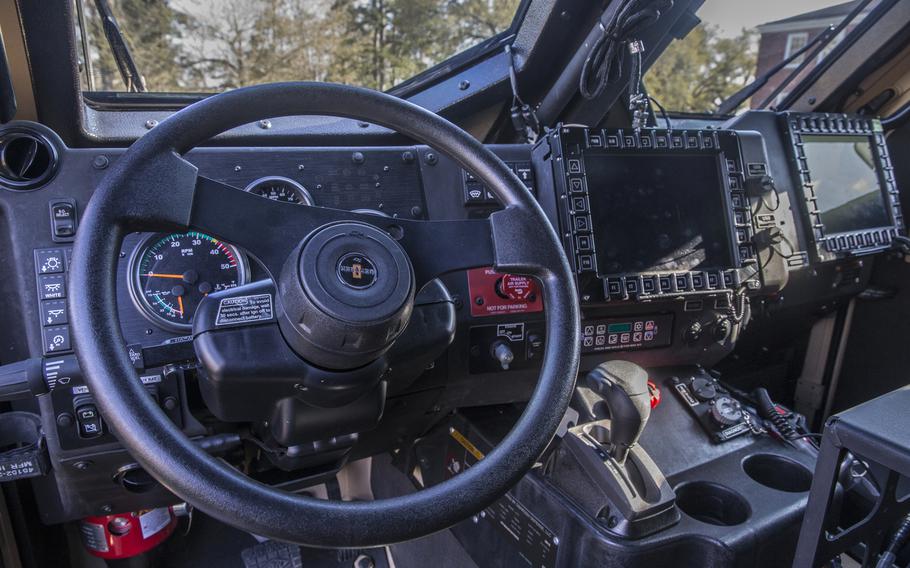 The military’s latest ground vehicle isn’t ideally suited for the field, with one variant in particular unlikely to be able to accomplish its missions, a recent Pentagon assessment said.

The Joint Light Tactical Vehicle was selected to replace older and more vulnerable Humvees, predominantly in the Army and the Marine Corps, because of improvements including better blast protection and greater mobility.

However, a host of problems in areas like maintenance, reliability and safety has meant the JLTVs are less desirable than older vehicles in some circumstances, according to an annual report by the Director of Operational Test & Evaluation for the Defense Department, which was released to Congress on Jan. 31.

“All JLTV (versions) are not operationally suitable because of deficiencies,” the report said.

It said that all variants of the vehicle — the General Purpose, Heavy Guns Carrier, Close Combat Weapons Carrier and Utility versions — were considered “not operationally suitable” due to problems related to "reliability, maintainability, training, manuals, crew safety and situational awareness."

But the most heavily armed version of the vehicle, the Close Combat Weapons Carrier, was singled out as “not operationally effective.”

That version “provides less capability to engage with threats with the Tube-launched, Optically tracked, Wire-guided missiles” over the older Humvees, the report said, adding “the missile reload process is slow and difficult for crews.”

Blind spots around all JLTV variants resulted in poor visibility for crews, according to the report. Crews also were slowed exiting the vehicles by doors that didn’t open properly.

And the JLTVs likely will require more maintenance than older Humvees, with greater reliance on contractors.

“Units cannot maintain the JLTV without support from the contractor field service representatives due to vehicle complexity, ineffective training, poor manuals and challenges with trouble shooting the vehicle,” the report said.

JLTVs have been touted as being able to perform a broad range of military operations. But the vehicle’s larger physical profile and its greater noise signature increase its detectability, the report found.

The program plans to procure approximately 49,099 vehicles for the Army, 9,091 for the Marines and 80 for the Air Force.

The Director of Operational Test & Evaluation has called on the military to develop a plan to make the vehicles more effective, though many specific recommendations remain classified.