Report: ISIS in Syria could resurge within 6 to 12 months after US withdrawal 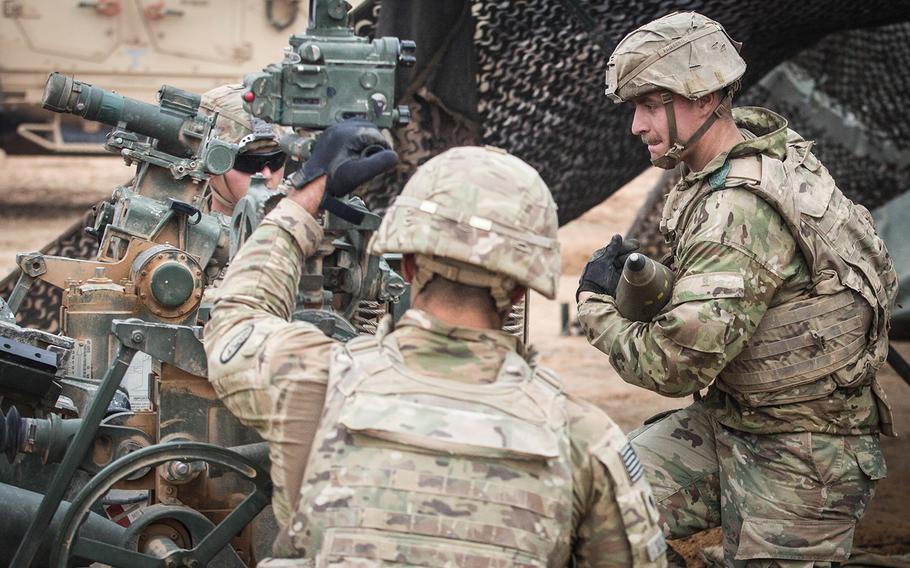 A U.S. Army soldier assigned to the 3rd Cavalry Regiment carries a 155mm artillery shell as his section prepares to fire an M777 howitzer on Firebase Saham, Iraq, on Dec. 2, 2018. The 3rd Cavalry Regiment is part of Combined Joint Task Force - Operation Inherent Resolve, supporting partner forces as they clear the last remaining pockets of ISIS from the Middle Euphrates River Valley and prevent them from fleeing into Iraq. (Mikki L. Sprenkle/U.S. Army)

WASHINGTON — Islamic State militants in Syria could resurge within six to 12 months and regain territory in the Middle Euphrates River Valley without “sustained counterterrorism pressure,” according to a Department of Defense Office of the Inspector General report released Monday.

U.S. Central Command made the comment in January to the DOD OIG after being asked about the impact of U.S. troop withdrawal on ISIS in Syria. CENTCOM also said that ISIS could attack U.S. troops as they leave and would claim the withdrawal as a “victory.”

The quarterly report on Operation Inherent Resolve is the first to evaluate the campaign to defeat ISIS in Syria and Iraq since President Donald Trump announced in December that the military would withdraw its 2,200 troops from Syria.

There are about 2,000 ISIS fighters in the Middle Euphrates River Valley in eastern Syria, near the Iraq border. The group draws about 50 foreign fighters each month to Syria and Iraq, according to the report.

The withdrawal of troops in Syria is in the “early stages,” Acting Secretary of Defense Patrick Shanahan told reporters at the Pentagon on Jan. 29. “We are on a deliberate, coordinated, disciplined withdrawal.”

Of the territories ISIS controlled two years ago, more than 99.5 percent has been returned to Syrians, according to Shanahan, and it will be 100 percent in a couple of weeks.

In a tweet Friday, Trump said, “Syria was loaded with ISIS until I came along. We will soon have destroyed 100 percent of the Caliphate, but will be watching them closely. It is now time to start coming home and, after many years, spending our money wisely.”

“The Coalition’s support is vital to the SDF’s ability to defeat ISIS,” the task force told the inspector general’s office in late December.