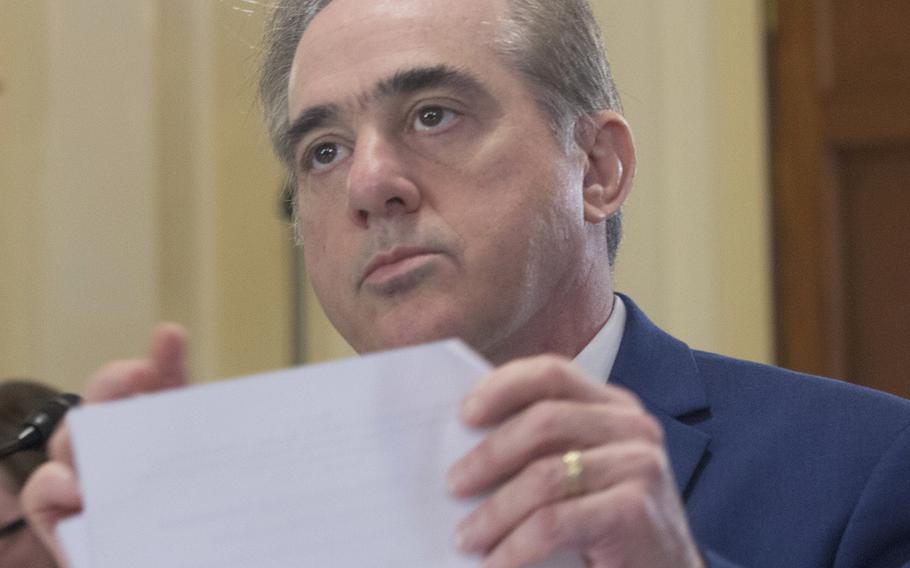 WASHINGTON — Former Department of Veterans Affairs Secretary David Shulkin broke federal statutes and ethics rules when he allowed his personal security detail to transport his wife without him, an investigation by the VA Office of Inspector General found.

Shulkin, who President Donald Trump fired by tweet in March 2018, had been warned not to allow his wife, Merle Bari, to be driven by security detail without him in the vehicle. Regardless, his personal driver transported her – in some instances leaving official events where Shulkin was present to pick her up.

In an inspector general report released Thursday, investigators wrote Shulkin was adamant the transportation was done as a favor on the driver’s personal time and in his personal vehicle. The favor would constitute a “gift,” and one Shulkin should’ve turned down under ethical standards, investigators concluded.

Moreover, the driver told investigators that there were instances when he used a government vehicle to transport Bari.

“Secretary Shulkin violated federal statutes and regulations prohibiting the misuse of government property and the acceptance of certain gifts when he allowed his VA employee driver to provide transportation to [his] wife for nonofficial purposes,” the report states.

The findings follow a prior probe into Shulkin’s ethical violations, in which the Office of Inspector General found he improperly accepted tickets to a tennis match at Wimbledon for he and his wife on an official trip to Europe and spent much of the taxpayer-funded trip sightseeing.

The new report detailed “fundamental failings” with the VA secretary’s security dating back to 2015 – before Shulkin was in the position. However, much of the report focused on Shulkin’s tenure, including a probe into whether he inappropriately used security agents to run personal errands.

Leaks about the existence of the investigation in March 2018 served as a final push in the leadup to Shulkin’s firing later that same month.

A report by The Associated Press in March 2018 revealed Shulkin was under investigation for having a member of his security team shop with him at Home Depot. That did occur, the IG report shows, but their findings absolved Shulkin of blame.

“The [Office of Inspector General] did not find evidence that Secretary Shulkin abused his authority” when it came to transportation to and from nonofficial events, the report states. He relied on advice from security staff, and “no one raised any concern that his use was inappropriate.”

It was uncertain whether that level of security was necessary because security staff didn’t have an adequate assessment of the threats against Shulkin, nor did they have written procedures, investigators found.

“The [Office of Inspector General] concluded that the secretary’s confusion surrounding the appropriate use of [security] was the product of failed communication by security management,” the report states.

The investigation also turned up security vulnerabilities. Security agents would leave keys to government vehicles used in the secretary’s motorcade behind the fuel door, instead of in a secure location. Agents also hadn’t been wearing VA-provided body armor.

In addition, three security agents claimed work hours during a trip with Shulkin to Copenhagen, Denmark, in July 2017, when they were actually on a “day-long personal tourist excursion” to Malmo, Sweden, investigators found.

The Office of Inspector General made 12 recommendations to improve the VA secretary’s protection. VA officials told IG officials that they had already implemented seven of them, including to adequately assess threats to the VA secretary, publish written policies for the agents and hold agents accountable for security lapses.