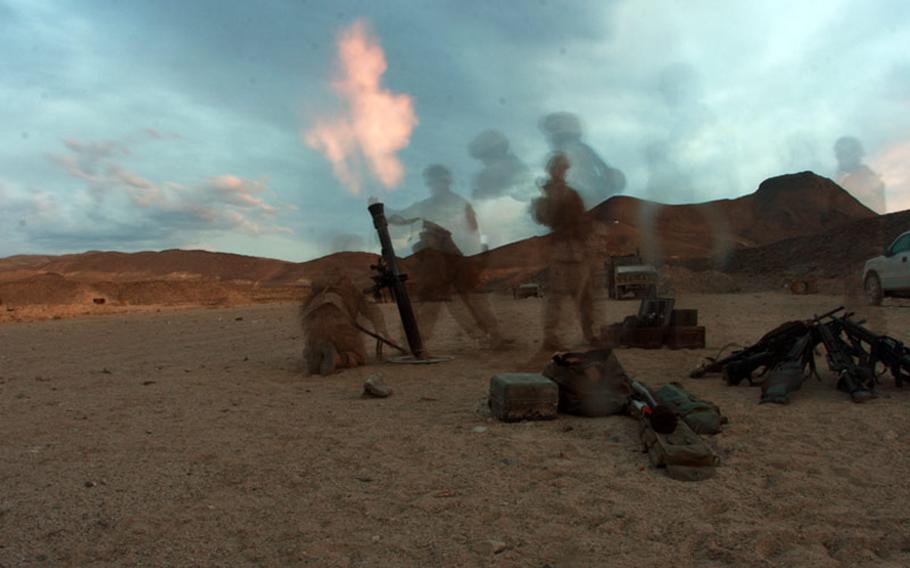 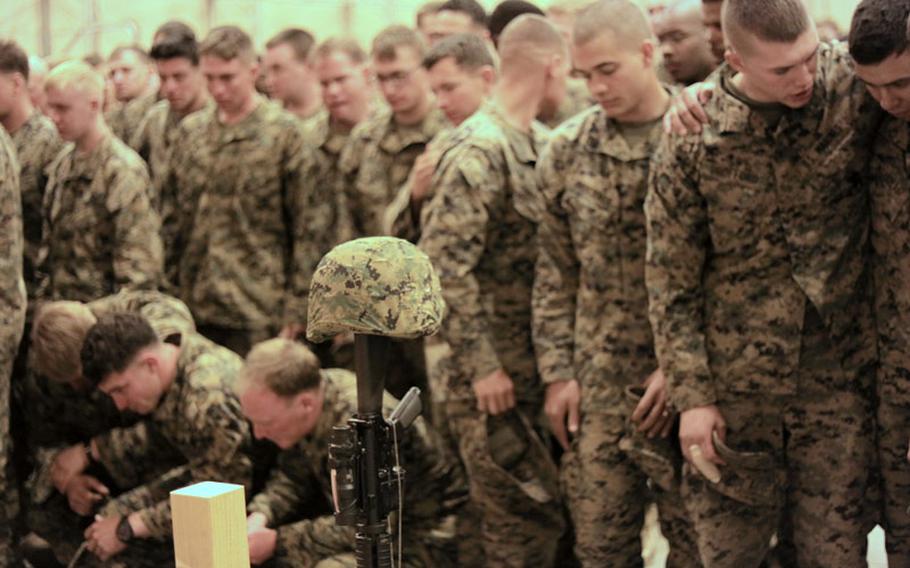 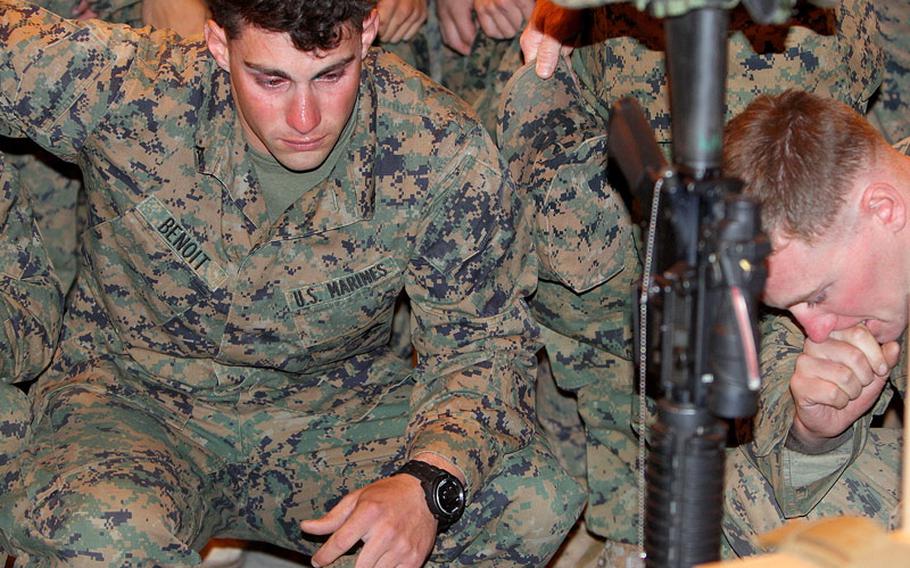 Lance Cpl. Aaron J. Benoit mourns March 21, 2013, for the deaths of 7 Marines killed during a training exercise 3 days earlier at Hawthorne Army Depot, Nev. The Marines were killed -- 7 other Marines and a sailor were also injured -- when a 60 mm mortar exploded. (Sin Carrano/U.S. Marine Corps) 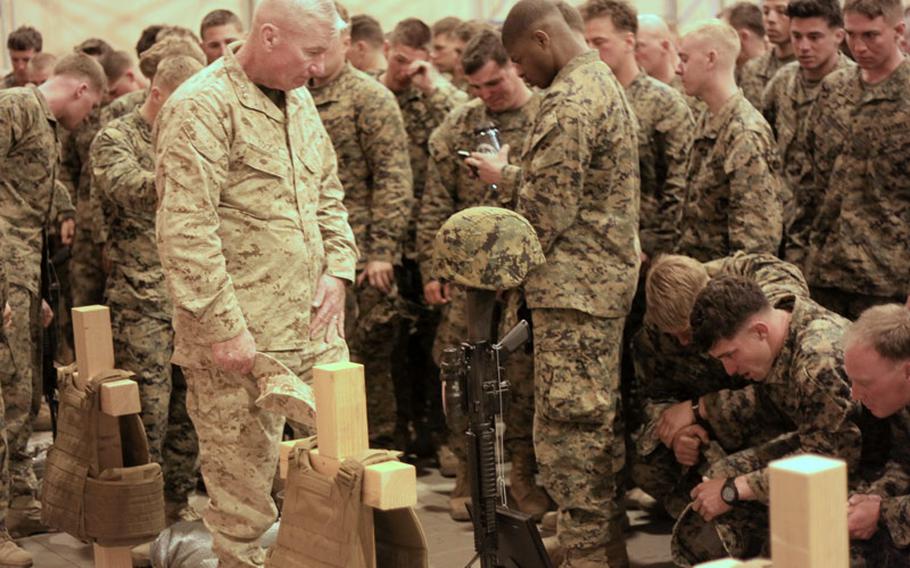 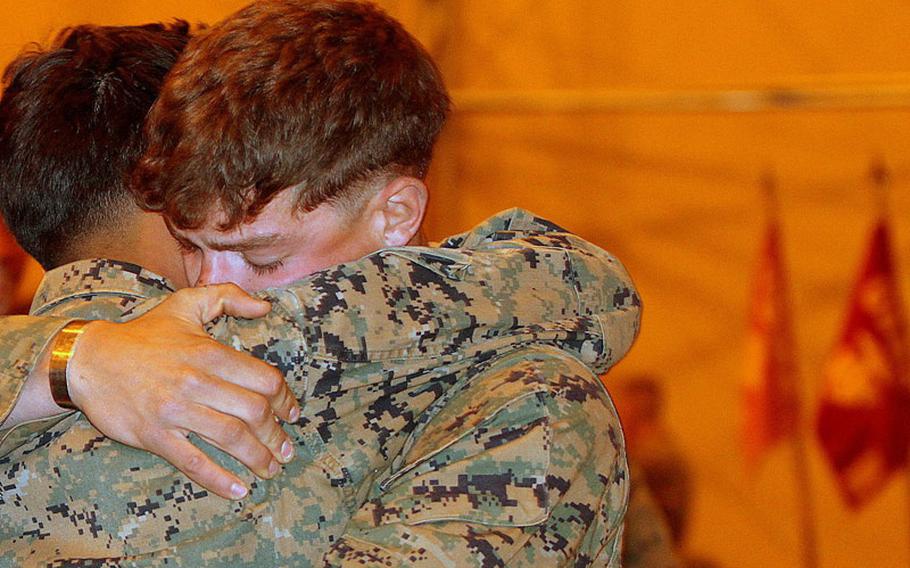 A double-loaded mortar tube was the source of the explosion that killed seven Marines and wounded eight other troops during a nighttime, live-fire training exercise last March in Nevada, the Marine Corps Times is reporting.

A military investigation launched afterward determined that human error was to blame for the March 18 blast at Hawthorne Army Depot, but several factors led to the tragedy, the newspaper’s website said, citing the investigation report obtained through a Freedom of Information Act request.

The investigation determined that insufficient training and preparation in the 60 mm mortar weapons system used in the exercise was partly to blame. The report also cites improper mortar gunnery commands and firing procedures, a “perceived sense of urgency” and haste, and a lack of supervision of the mortar section in the months before and during the deadly training exercise, the newspaper said.

Because of the terrain, the Marines at Hawthorne the night of the blast were grouped tightly around two mortar tubes. The explosion occurred when a Marine inserted a second round into a mortar tube, detonating the round already in it and shooting out the half-loaded round, the website reported, citing the investigation’s findings.

Investigators talked with about 28 Marines, from the then battalion commander Lt. Col. Andrew McNulty to the men who witnessed the blast.

Three Marine officers were relieved of their command in the wake of the incident: McNulty, Capt. Kelby Breivogel and Chief Warrant Officer 3 Douglas Derring.