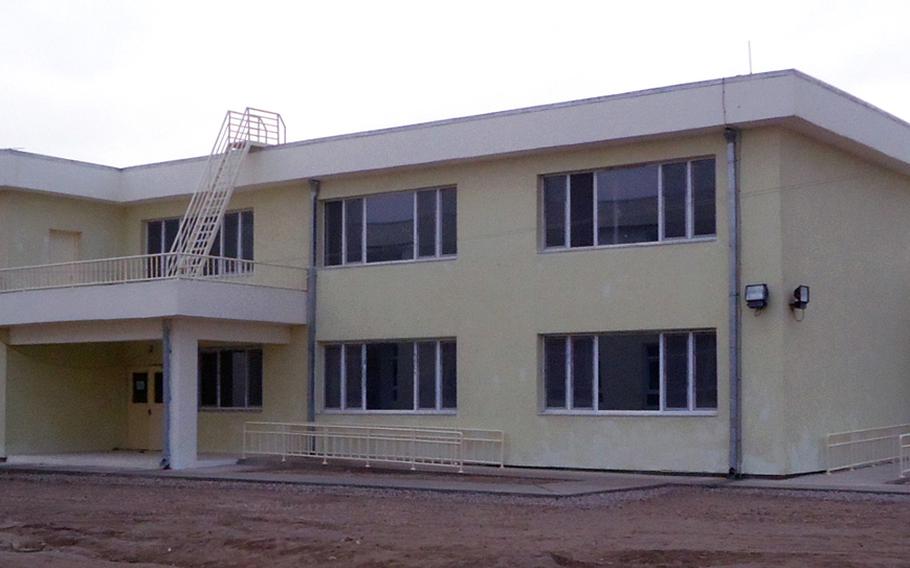 The Sheberghan teacher training facility in northern Afghanistan remains unfinished and dangerous to its occupants four years after construction began, according to a report from the Special Inspector General for Afghanistan Reconstruction. (SIGAR)

KABUL — A $3.4 million teachers' school in northern Afghanistan remains unfinished and dangerous to its occupants four years after construction began, and the contractor faced no penalties for failing to complete the project, according to a report from the Special Inspector General for Afghanistan Reconstruction.

“More than 4 years after construction began, the Sheberghan teacher training facility remains incomplete,” the report says. “Its history is one of broken promises and undelivered results.”

The report is just the latest in a flurry from the inspector general highlighting waste and questionable spending on U.S.-funded projects worth hundreds of millions of dollars.

In February 2009, the U.S. Army Corps of Engineers awarded an Iraqi Contractor, Mercury Development, a $2.9 million contract to build the Sheberghan Teachers Training Facility in Jawzjan province, which was supposed to have been completed in January 2010. The deadline was later extended to June 2011 and the contract raised to $3.4 million, but the contractor abandoned the project in late 2011 before construction was complete and before they resolved health and safety concerns, according to the report.

The investigation found that four years after construction began, the water, sewage and electrical systems are unfinished, the electrical systems exposed users of the facility to the risk of electrocution and that a well for drinking water was placed too close to a sewer line.

“This raises concerns because we have previously reported instances in which [the U.S. Army Corps of Engineers] failed to hold its contractors accountable for accomplishing the work they were paid to perform,” the report says. “SIGAR believes that [the Corps of Engineers] must take immediate action to hold contractors accountable when they fail to deliver on their commitments.”

The problems were further compounded when the Corps of Engineers contracted with the Afghan firm Zafarkhaliq Construction Company to complete the project Mercury had abandoned, the report says. According to the inspector general, Zafarkhaliq’s contract was terminated because of poor performance, but not before they were paid $130,000 of a $153,000 contract. SIGAR has recommended exploring disciplinary action for the contracting officers who made the decision to pay the contractors and release Mercury from liability.

In response to the report, the Army Corps of Engineers said the percentage of facilities across Afghanistan that have not been completed or in which a contractor has walked away, was very small compared to the “mammoth” amount of construction that has been completed.

“The U.S. Army Corps of Engineers mission in Afghanistan has some of the most challenging dynamics and obstacles of any construction environment across the globe,” the statement said.

Despite warnings by the U.S. Agency for International Development (USAID) that the building is unsafe, Afghans have started using the facility for teacher training, saying they could not get assurances from the USAID or the Corps of Engineers about when the building would open.

The report recommended USAID, which is responsible for any future construction at the site, make sure the construction is completed.

A USAID spokeswoman said the organization is working to award a contract to complete the project as soon as possible.

“USAID has every intention to finish the work at this facility so that it can be handed over to the Afghan authorities,” she said. “We expect to award a new contract for this work soon, and hope to contract a qualified Afghan firm to do this work.”