Report: Contractors not being prosecuted 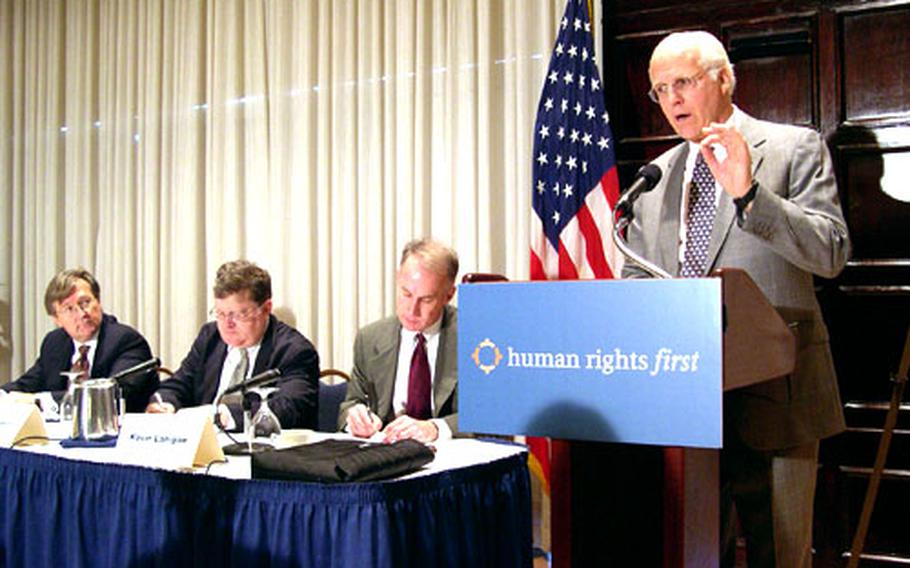 WASHINGTON &#8212; Human rights activists and a pair of lawmakers blasted the Department of Justice on Wednesday for what they called lax oversight of U.S. contractors in Iraq and Afghanistan, saying it hurts troops&#8217; missions and morale.

In a report issued by Human Rights First, officials said the department has shown &#8220;an attitude of apparent indifference toward violent crimes&#8221; committed by contractors in Iraq.

The critics on Wednesday said the justice department officials have adequate legal tools to investigate and punish offenders, but so far have not completed one criminal prosecution against a private contractor in cases involving the death of Iraqi civilians. More than 60 such cases have been completed against military personnel.

Department of Justice officials disputed the report, saying they investigate all criminal cases involving contractors and dismissing the idea that politics could play a role in the outcome.

U.S. contractors are immune from prosecution under Iraqi law but still open to policing from U.S. authorities. The critics said too often justice investigators have failed to conduct thorough investigations, instead opting to let the companies police themselves.

&#8220;Without a clear structure and chain of command to enforce good order and discipline, our military would fall apart,&#8221; said retired Rear Adm. John D. Hutson, a former Navy Judge Advocate General. &#8220;But right now contractors in those combat zones don&#8217;t know for a fact they&#8217;ll be held accountable for misbehavior, and that&#8217;s essential.&#8221;

The report suggests the poor oversight could lead to &#8220;a spiraling of inappropriate violent conduct&#8221; which raises anti-American sentiment abroad and hurts U.S. troops&#8217; ability to complete their missions.

Reps. Christopher Shays, R-Conn., and David Price, D-N.C. &#8212; both of whom have sponsored legislation dealing with legal liability of overseas contractors &#8212; praised the Human Rights First report and called for stricter monitoring of the deployed civilians.