Report: Civilian deaths down but gains ‘fragile’ in Afghanistan 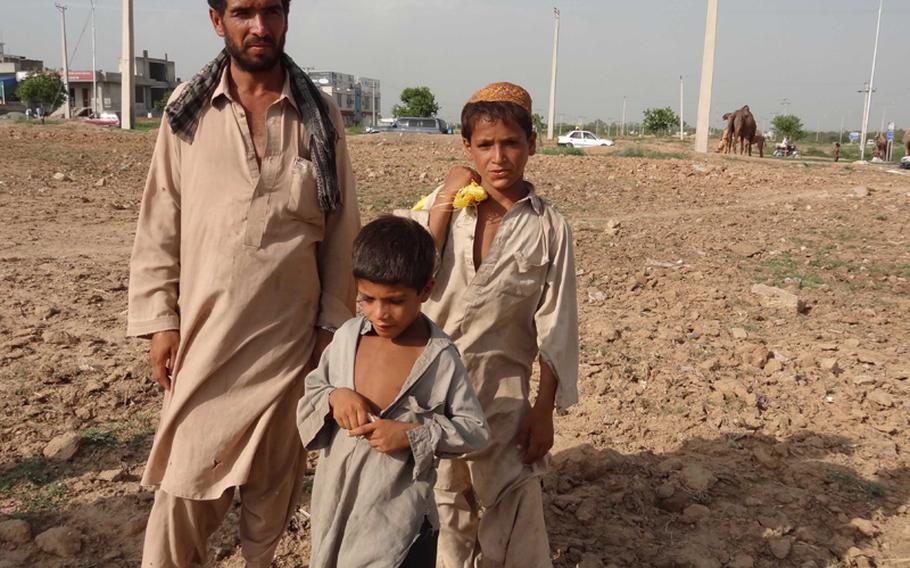 Rangeen (who goes by only one name), 28, an Afghan refugee, with his son, Noor Agha, 7, in front, and another boy, stand by the main road near Sorang Abadi village, just outside Islamabad, Pakistan. (Saeed Shah/MCT)

KABUL &mdash; Despite a 15 percent reduction in civilian casualties compared to the same period in 2011, the first half of 2012 was still one of the deadliest of the war for civilians in Afghanistan, which remains a deeply dangerous place for noncombatants, according to a United Nations report released Wednesday.

The Taliban and other insurgent groups came in for particularly heavy criticism in the report, put out by the U.N. Assistance Mission in Afghanistan. Insurgents were blamed for 80 percent of civilian casualties in the country through June and were criticized for their continued use of buried &ldquo;pressure plate&rdquo; bombs that often kill indiscriminately.

&ldquo;Despite this reduction in civilian casualties, overall the conflict in Afghanistan continues to inflict a disproportionate and unacceptable toll on Afghan women, children and men,&rdquo; said Nicholas Haysom, deputy U.N. special representative in Afghanistan. &ldquo;The reduction in civilian casualties is welcome but these gains are fragile. They do not reflect a move toward a peaceful society.&rdquo;

Among the findings for the first six months of 2012:

&bull; Targeted killings of civilians by insurgents, such as assassinations of pro-reconciliation Afghans, increased 53 percent from last year.

&bull; Bombs known as improvised explosive devices continue to be the biggest threat to civilians, accounting for 33 percent of civilian casualties, a number that jumps to 53 percent when including suicide and complex attacks that involved IEDs.

&bull; Attacks against schools rose, with 34 verified attacks. These have had an especially big effect on school access for girls.

&bull; Despite the drop from 2011, by far the worst year for civilian casualties, the first half of this year still saw more such casualties than 2010.

Taliban spokesman Zabiullah Mujahid rejected UNAMA&rsquo;s findings, saying the numbers are inflated and even denying that the Taliban uses pressure-plate bombs, though such bombs are commonplace, especially in insurgent heartlands in southern Afghanistan.

&ldquo;The mujahedeen always try to avoid civilian casualties during their attacks and operations, and the leadership is always pushing the fighters to be careful of civilian casualties,&rdquo; Mujahid said. &ldquo;This is propaganda UNAMA is doing for invader troops.&rdquo;

Coalition and Afghan forces got credit for taking steps to limit civilian casualties, such as reducing controversial night raids, though the report called on them to improve transparency and accountability as well as reporting in cases of civilian casualties.

&ldquo;A vast majority of civilian casualties are caused by the insurgency and we see it as an attempt to exert control over the population,&rdquo; said Charlie Stadtlander, a spokesman for the International Security Assistance Force. &ldquo;It&rsquo;s fear-and-intimidation tactics.&rdquo;

While not offering specifics on the U.N.&rsquo;s reporting and transparency recommendations, Stadtlander said, &ldquo;We&rsquo;re seeking to improve our reporting all the time, and we&rsquo;re working with our Afghan partners to increase their reporting.&rdquo;