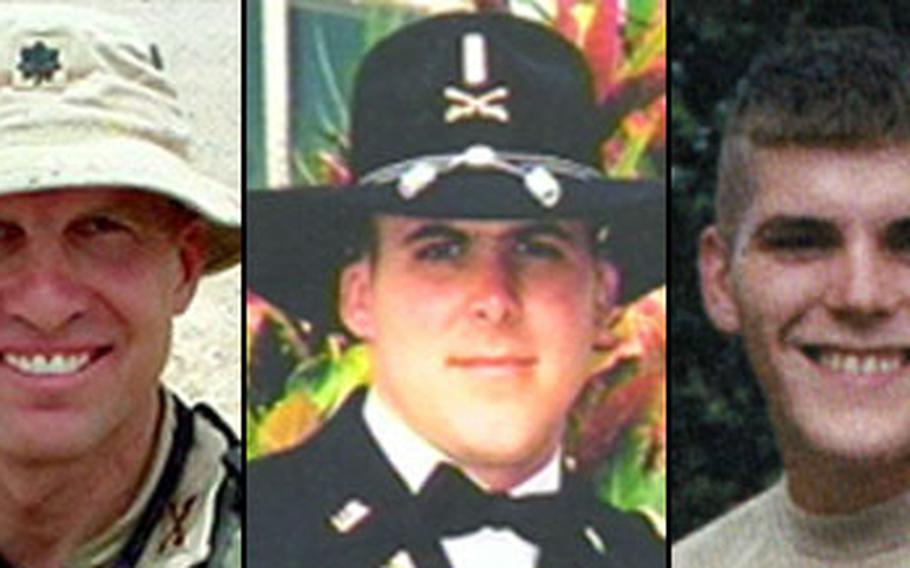 Lawyers for families suing a defense contractor over the deaths of three soldiers killed in a 2004 Afghanistan plane crash released an Army report Wednesday which blames the company&#8217;s poor training and flight procedures for the crash.

The report from the Collateral Investigation Board, comprising military and National Transportation Safety Board investigators, criticizes Presidential Airways, a subsidiary of Blackwater Inc., for pairing two inexperienced pilots on the ill-fated flight, for not properly informing them about the local geography, and for not developing appropriate training for any of its pilots working in the region.

The pilots of the small turboprop plane were flying near the Bamian Valley for the first time on Nov. 27, 2004, when they became disoriented and crashed into a mountainside.

In June, the families of the three soldiers filed a civil suit against Blackwater and Presidential Airways citing negligence in the soldiers&#8217; deaths and asking for compensatory damages.

On Wednesday, attorneys for the families said they&#8217;ll now seek punitive damages as well for what they called flagrant violations of basic flight safety standards.

In a statement, Presidential Airways called the plaintiff&#8217;s report release a publicity stunt.

&#8220;The report cited by the lawyer handling the lawsuit against Presidential Airways was concluded in only two weeks and contains numerous errors, misstatements and unfounded assumptions,&#8221; the statement said.

A company spokeswoman could not elaborate on what those errors were.

The company also noted that the NTSB is conducting a separate investigation, the results of which have not been released.

In October 2004, Blackwater officials announced the company had received nearly $35 million from the Department of Defense to shuttle servicemembers and U.S. contractors in Afghanistan, Uzbekistan and Pakistan for an indefinite period.

Cronin said the report was released to the families as part of their legal proceedings. He called the mistakes outlined in the report &#8220;outrageous.&#8221;

The CIB report includes 12 findings of fault against Presidential Airways and recommends the Army alter its contract with the company to require better training for all employees.

That would include high-altitude training and equipment training, both of which were cited as problems contributing to the crash.

The lawsuit does not specify an amount for the punitive damages. Cronin said he expects arguments to begin in the case in January.