Report: Army tanks, other ground combat weapons in danger of falling behind 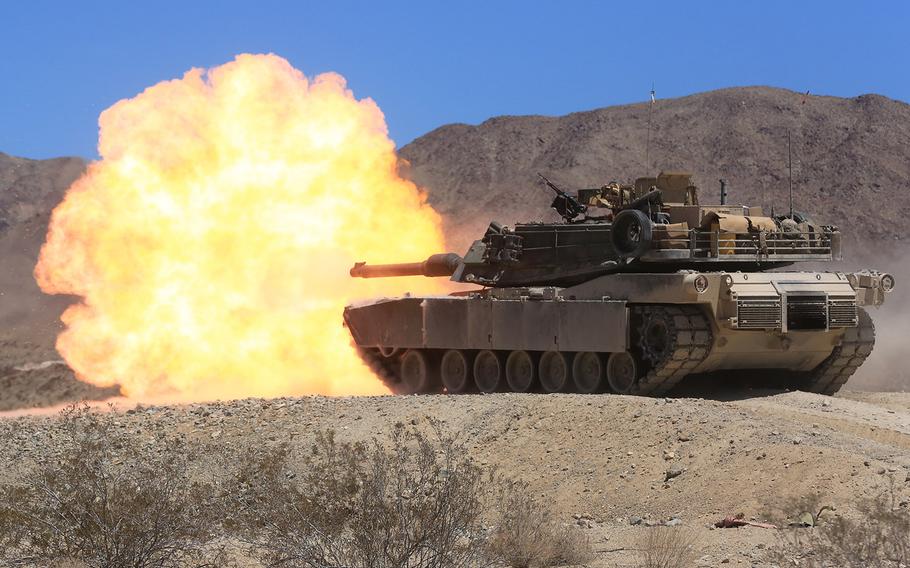 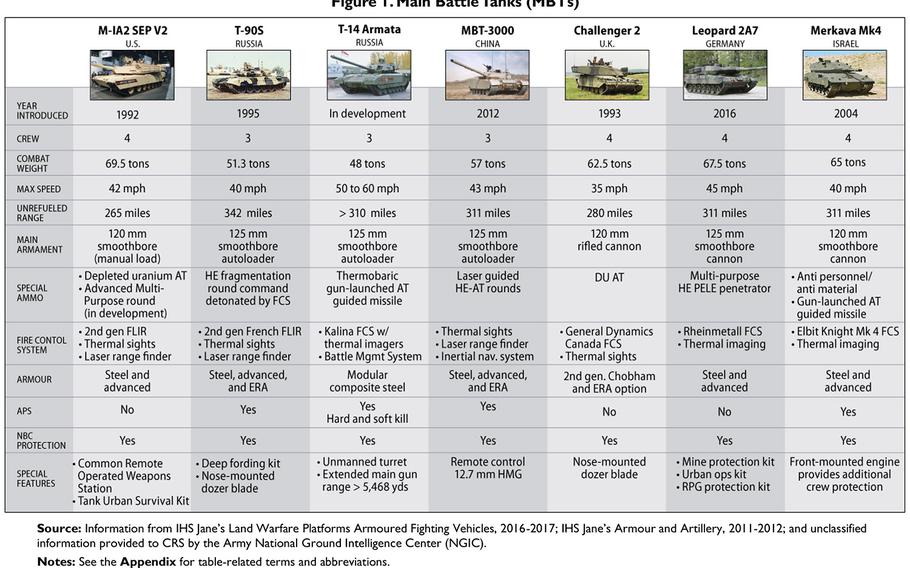 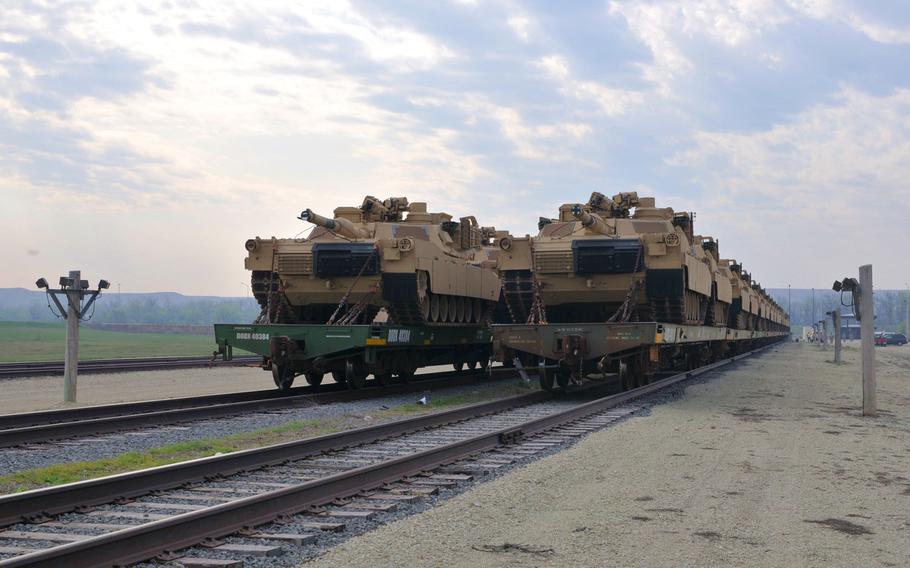 WASHINGTON – The Army’s primary ground combat weapons such as tanks and cannons are old, growing outdated and, in some cases, being surpassed by those of foreign militaries, raising questions about their usefulness on future battlefields, a recent Congressional Research Service report found.

The tanks, infantry-fighting vehicles, self-propelled howitzer cannons and multiple-launch rocket systems fielded by America’s front-line combat soldiers were developed in the 1970s and first fielded in the 1980s, and the Army does not have any active programs to replace them, according to the Jan. 18 report titled, “Selected Foreign Counterparts of U.S. Army Ground Combat Systems and Implications for Combat Operations and Modernization.” Those U.S. weapons have been routinely upgraded with new technology, but other nations – including rivals Russia and China – have developed entirely new systems in recent years.

Some of those systems have “outpaced” American military technology, the report added.

The Army has faced steep budget cuts in recent years mandated by the Budget Control Act of 2011, forcing the service to focus on combat readiness over modernizing its weapons. The service’s top general, Chief of Staff Gen. Mark Milley, has said the Army will continue its focus on readiness in 2017, though it would make a “major effort” to modernize its systems.

“We have got to pick the pace up there,” he said. “We intend to do that this year and next – to try to recoup some of the lost years of modernization accounts we have had over the past 15 years.”

While the U.S. military has faced persistent war since 2001 in Afghanistan, and later in Iraq and Syria, other nations, including Russia, China and North Korea, have increased their spending on military technology. Milley and other top Pentagon officials have routinely stated in recent years that those countries have narrowed the gap between them and the United States in military technology.

President Donald Trump has vowed to pour money into the military, and Sen. John McCain, R-Ariz., chairman of the Senate Armed Services Committee, recently released a defense budget plan that adds $430 billion in Pentagon funding during the next five years. The added money will help improve weapon technology.

But some recent Army modernization efforts for mainline combat systems have failed, the report noted. For example, the Pentagon canceled the Future Combat System program in 2009 after only six years. It cost $160 billion and was designed to develop replacements for the aging M-1 Abrams Main Battle Tanks, M-2 Bradley Infantry Fighting Vehicles and the M-109A6 Paladin SP howitzers. A later attempt to replace the Bradley was canceled in 2014.

Since 1996, the Army has spent more than $1 billion each year on programs that were eventually nixed, according to the Congressional Research Service report. More so, the report found development of such programs could take roughly two decades.

The Chinese MBT-3000, rolled out in 2012, and the Russian T-14 Armata, currently under development, feature an automatic-loading, 125-mm gun. Compared to the manual-loaded, 120-mm gun of the American M-1, they could “theoretically offer greater range and armor penetration,” the report found, citing data compiled by IHS Jane’s, a defense industry analysis publication.

The U.S. military is not likely to face war with Russia or China in the near future, the report stated, but American troops could face those ground combat weapons from those countries in battle with other nations or enemies. The Army will have to field better combat equipment to keep pace with such advances, according to the report.

The Army could have to field equipment developed by allies to modernize its ground fighting weapons or commit quickly to developing its own modern combat systems, the report found.