Report: Airman killed in crash in England was intoxicated 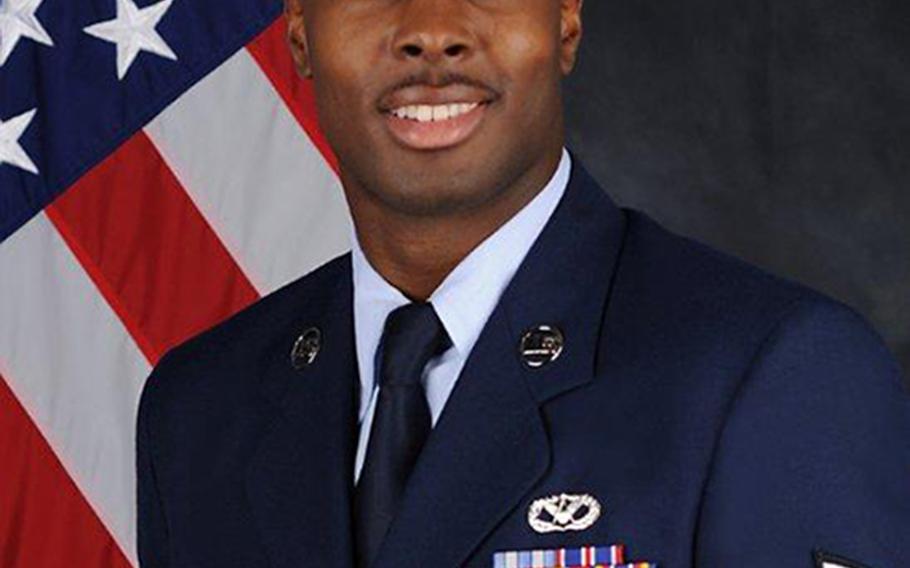 Air Force Staff Sgt. Anderson Johnson died in a car crash in Newmarket, England, on July 28, 2013. An investigation report said the U.S. airman, who had been stationed at RAF Mildenhall, was driving with a blood alcohol level more than double the legal limit. (U.S. Air Force)

Johnson’s blood alcohol level was 0.17 percent, according to a redacted report released by the Air Force Safety Center, which did not mention Johnson by name. According to RAF Mildenhall, the local limit is .08 percent.

The accident occurred about 1:40 a.m. on July 28, while Johnson was traveling northbound on the A1304 near the intersection with the A11.

The report mentions several factors that could have contributed to the mishap, in which the car left the road and collided with road signs and trees. The portion of road Johnson was driving on was unlit, and it was raining at the time of the incident. In addition, Johnson’s coworkers described his car’s headlights as “extremely dim to the point that driving at night was unsafe at higher speeds.”

The speed limit of the road is 60 miles per hour and Johnson’s speed was estimated as “too fast for conditions,” the report said.

Johnson, from Temple, Texas, was an electrical system journeyman with the 100th Civil Engineer Squadron at Mildenhall.