Report advises changes on how special operators are used 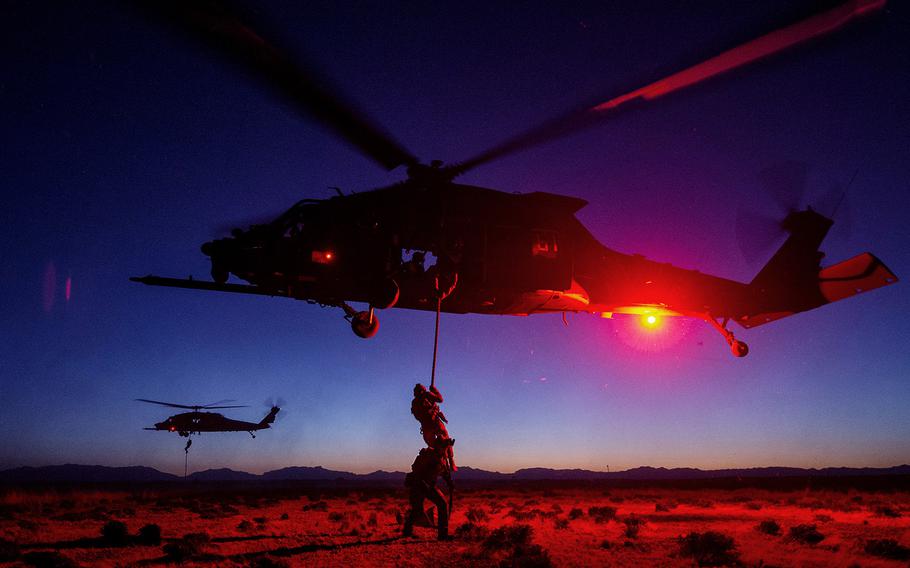 WASHINGTON — The next U.S. president should recognize “the sanctity” of the special operations community and consider a few policy changes to better utilize that force, a group of retired generals advised in a new report.

In the “Advice from [Special Operations Forces]” report from the Center for Naval Analyses, six retired special operations officers and generals, a former assistant secretary of defense and about 50 active-duty special forces members gathered to voice concerns that they feel the next White House administration should know, said Jonathan Schroden, special operations program director at the center. The participants were not identified in the report by the CNA, a federally funded, nonpartisan think tank.

However, during the same time, the majority of counter-terrorism operations – in Afghanistan, Libya, Iraq, Yemen and other countries and training operations in the Philippines – have relied heavily on special operators and the wear on that force is evident, Schroden said.

“A cadre of senior folks – at least one from each of the four service components of [Special Operations Command] got together to see what we could try and do to help the special operations community,” he said. “These guys have been the quiet professionals. They don’t typically speak up this way.”

For the next administration, the report identified several changes that would benefit special forces, including having a more active role in when special operators are used.

The special operations community would like to “have a more active voice when the use of [special operations forces] is considered as a policy option,” the report found, specifically by placing a special forces general officer on the National Security Council staff.

In current operations, the report stated, the military could have relieved some of the pressure on special forces by not using them as basic trainers in rebuilding Iraq’s and Afghanistan’s militaries.

“Teaching foreign militaries rudimentary skills such as shooting in straight lines at short distances may be more fitting a task for [general purpose forces] to handle,” the report found. “Reassigning those missions would free up [special operations forces] to address the most important challenges to our national security.”

The report also took issue with the policy of having U.S. special operators remain behind the front lines, or “behind the last terrain feature” as Afghan and Iraqi forces move forward in a ground fight.

“While host nation forces should execute the last phase of the mission … whenever possible, those forces need the reassurance that [special operations forces] are not going to stop at the “last terrain feature” and leave them if something goes wrong,” the report found. “Knowing that U.S. [special operations forces] are there if needed has a big impact on host nation forces’ confidence to execute the mission.”

The participants in the CNA report said they expect reliance on special operators will continue in the next administration, not only in operations against terrorists such as the Islamic State group, but potentially to counter rising tensions with an equal military force, such as China.

”Going forward, the next administration will need to make hard decisions on how and where to employ [special operations forces,] how to balance the force’s capabilities with U.S. national security priorities, and how to prevent the burnout of this strategically important asset,” the report found.