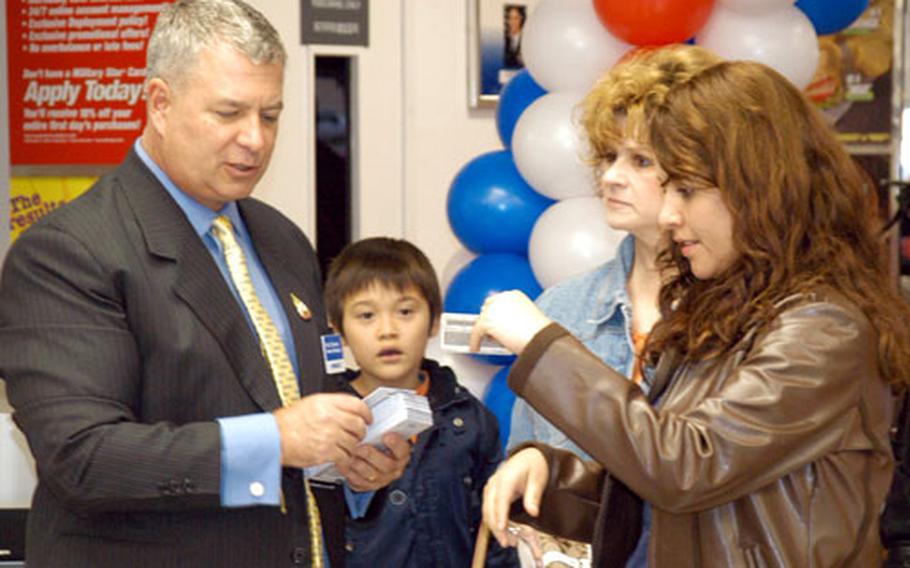 The store has continued regular business throughout the $1.3 million renovation, expected to wrap up before Christmas, he said.

Brunen said the project includes building a new stockroom and expanding the sales floor by more than 23 percent, from 17,000 square feet to almost 21,000.

Plans call for the food court to be enlarged by mid-December and administrative offices to be renovated before Christmas, he said.

The new stockroom &#8212; about 400 square feet smaller than the one it replaces &#8212; was built onto the side of the existing PX building.

&#8220;The intent is to get more product out in front of the customers instead of having it out in the stockroom,&#8221; Brunen said.

With a bigger sales space to work with, AAFES has moved in merchandise formerly sold in two locations elsewhere in the PX area, the Bookmark and the Four Seasons.

The Bookmark offered books, stationery, video rentals and other items. All except rental videos now are inside the PX. The PX continues to sell videos, but rentals will be handled at the shopette about a five-minute walk from the main store.

Bookmark store space eventually will be used for short-term concessionaires.

The Four Seasons, across the street from the PX parking lot, moved its hardware, sporting goods, pet supplies and toys into the PX. The Four Seasons will continue selling furniture, large exercise equipment and large seasonal items such as Christmas trees and outdoor living furniture, Brunen said.

Some types of merchandise have increased in variety, quantity or both, including clothing, cosmetics, electronics goods, linens and luggage, Brunen said.

Work is to begin in the first week of December on enlarging the food court seating area inside the PX front entrance.

A Subway outlet will be added, but the Robin Hood sandwich shop will cease operation. Anthony&#8217;s Pizza and Taco Bell will continue operating.

The Krima Construction Co. is carrying out the renovation project under contract with the U.S. Army Corps of Engineers&#8217; Far East District.