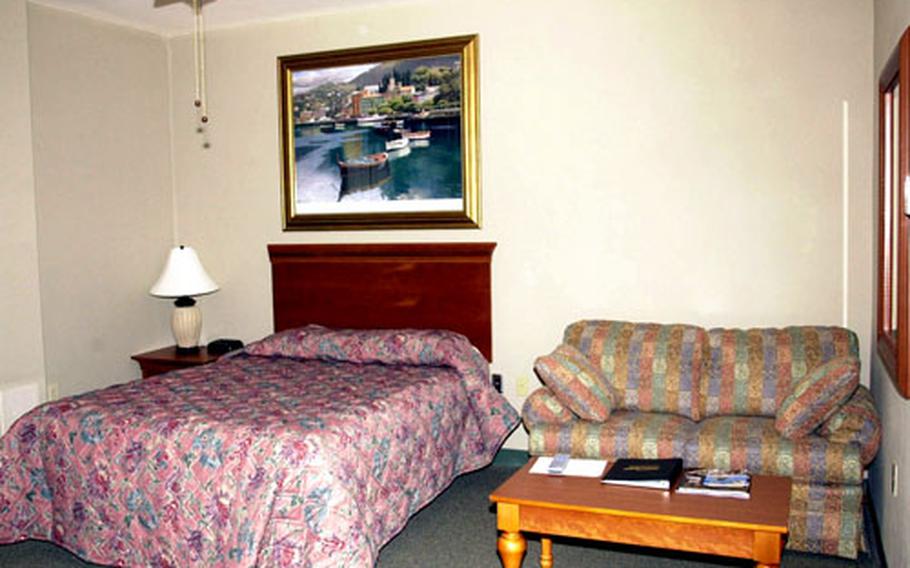 A single bed and couch sit where up to six beds once were stacked, dorm-style, in one of the 25 renovated rooms at Camp Casey Lodge. (Erik Slavin / S&S)

The rooms, formerly used as dorm-style lodging, were gutted and remodeled with new furnishings and appliances. Heating, plumbing and sewer lines were replaced and updated.

The distinction is important because Camp Casey and other U.S. bases in the northern part of South Korea are scheduled to be given back to the South Korean government in 2008.

Camp Casey Lodge expects to earn more than $1 million in gross revenue this year, according to lodge documents.

The renovated rooms now sit beside 40 other rooms finished in 2003 at a cost of about $6 million. Both those rooms and the 25 renovated rooms cost $49 per night, regardless of rank. Suites are available for $65 per night.

Construction on the 25-room project began in April, Niederhauser said.

Army Lodging took over the former Camp Casey Guest House from Morale, Welfare and Recreation in 2000. The original 25-room facility opened in 1996 at a cost of $1.5 million, according to the lodge.