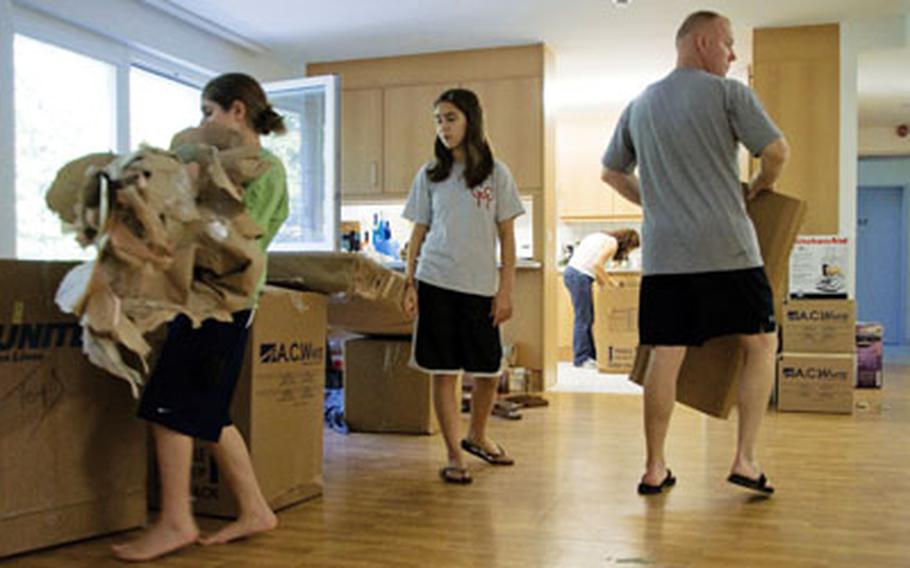 STUTTGART, Germany &#8212; After a year of work, 186 renovated housing units are opening up at Robinson Barracks, part of a $43 million project aimed at alleviating a shortage of base housing available to military families.

In the past year, with the addition of U.S. Africa Command, the Stuttgart military community has swelled to more than 21,000 servicemembers and dependents, up from 17,000.

While new units don&#8217;t ensure all families have the option of living on base, the apartments bring a much-needed infusion to the housing inventory.

"What this means is that people are going to have more choices," said Jim Grady, deputy director of public works in Stuttgart. "Not everyone wants to live on base, but for those who do, there are more opportunities."

The three- and four-bedroom apartments are among the last in Stuttgart to get a much-needed sprucing up. Another 100 units on Robinson will be refurbished starting in November.

The added housing is just one upgrade going on in the community, where $50 million in other construction and renovation projects is being carried out at the garrison&#8217;s various kasernes.

One of the major initiatives is the construction of a child development center and shoppette at Kelley Barracks, which is home to U.S. Africa Command. The CDC is expected to provide services for up to 100 children.