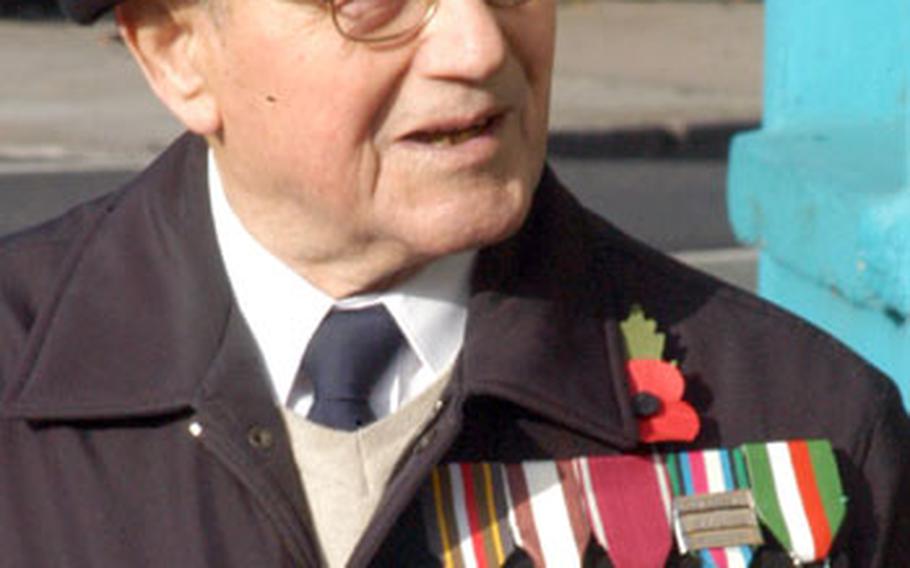 A British war veteran waits for the military parade during a Remembrance Day ceremony in Cambridge. (Geoff Ziezulewicz / S&S)

A British war veteran waits for the military parade during a Remembrance Day ceremony in Cambridge. (Geoff Ziezulewicz / S&S) 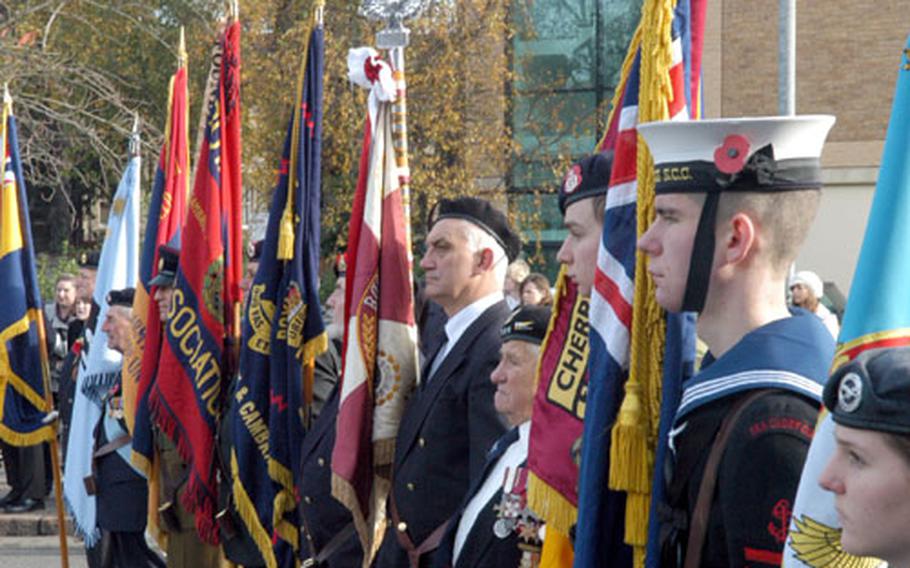 Britons young and old bearing the colors of their military organizations listen during a Remembrance Day ceremony in Cambridge. (Geoff Ziezulewicz / S&S) 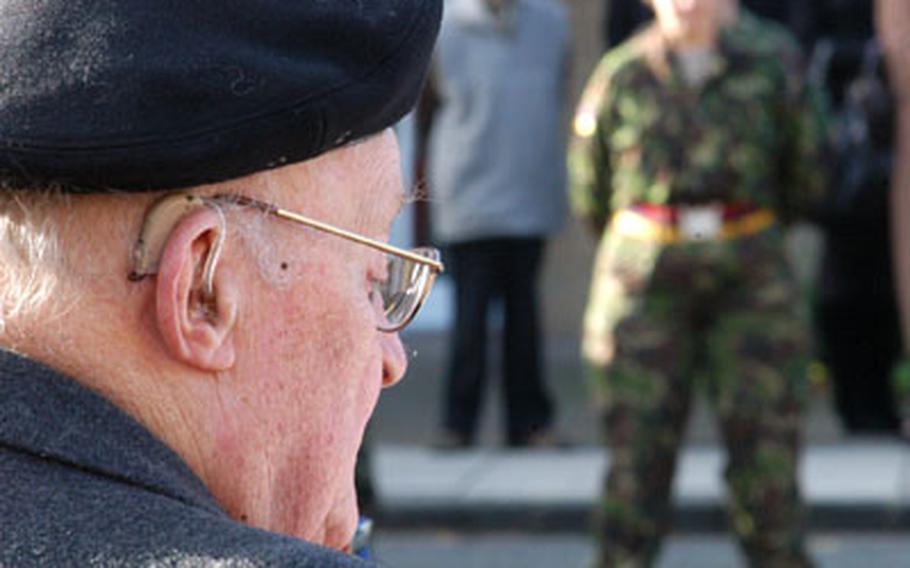 A British war veteran bows his head during a prayer at a Remembrance Day memorial in Cambridge. (Geoff Ziezulewicz / S&S) 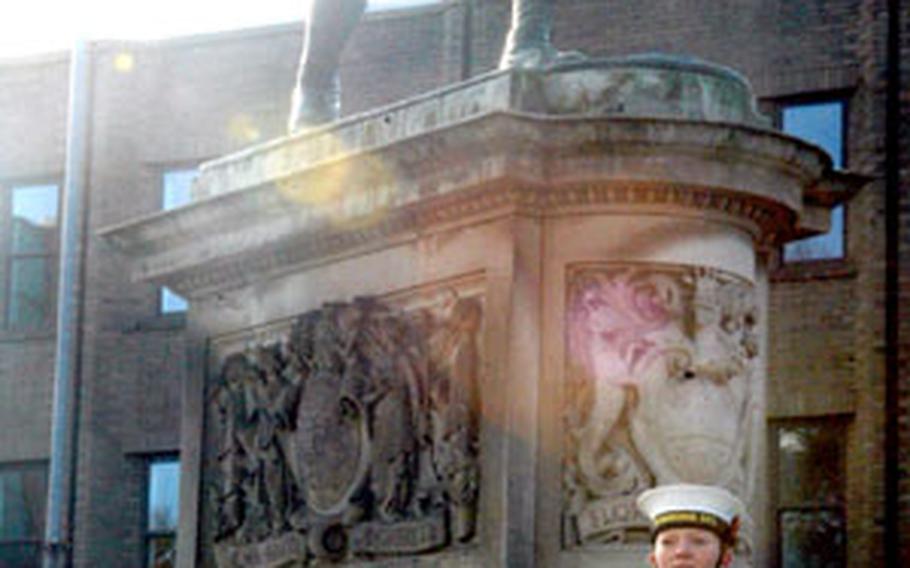 A military cadet stands guard at the Cambridge memorial honoring those who fell in World War I and World War II. (Geoff Ziezulewicz / S&S)

Veterans of world wars long past won, the young who may one day be called up to fight for their country and those troops now serving were all honored Sunday at a Remembrance Day memorial at a war monument in Cambridge.

Red poppies adorned all those who came to pay their respects, and wreaths were laid at Cambridge&#8217;s war monument. This year&#8217;s commemoration was especially poignant as Nov. 11 marked the 90th anniversary of the end of World War I. The two minutes of silence at 11 a.m. Sunday said all that needed to be said of the sacrifices of millions, but a reading of the poem "In Flanders Fields," written by John McCrae on a particularly brutal WWI front in 1915, summarized the loss of those who fell:

In Flanders fields the poppies blowBetween the crosses, row on row,That mark our place; and in the skyThe larks, still bravely singing, flyScarce heard amid the guns below.We are the Dead. Short days agoWe lived, felt dawn, saw sunset glow,Loved and were loved, and now we lieIn Flanders fields.

Take up our quarrel with the foe:To you from failing hands we throwThe torch; be yours to hold it high.If ye break faith with us who dieWe shall not sleep,though poppies growIn Flanders fields.