Remembering the fallen of the Vietnam War, one name at a time 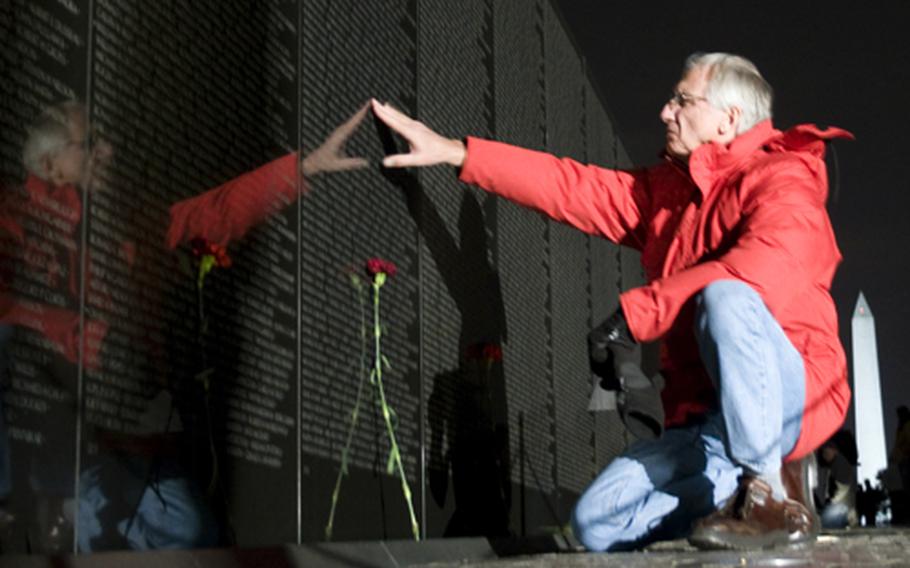 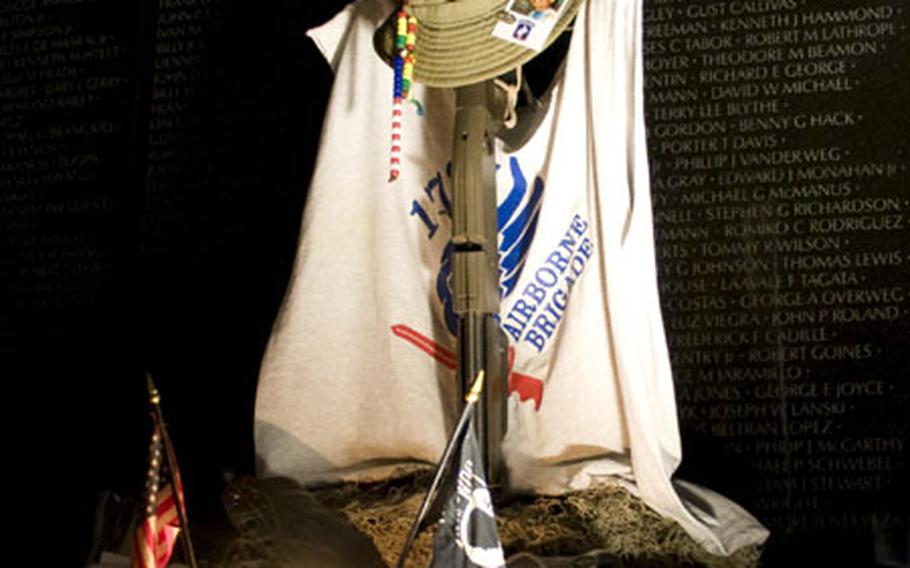 One of the many tributes at the Wall. (Joe Gromelski / S&S) 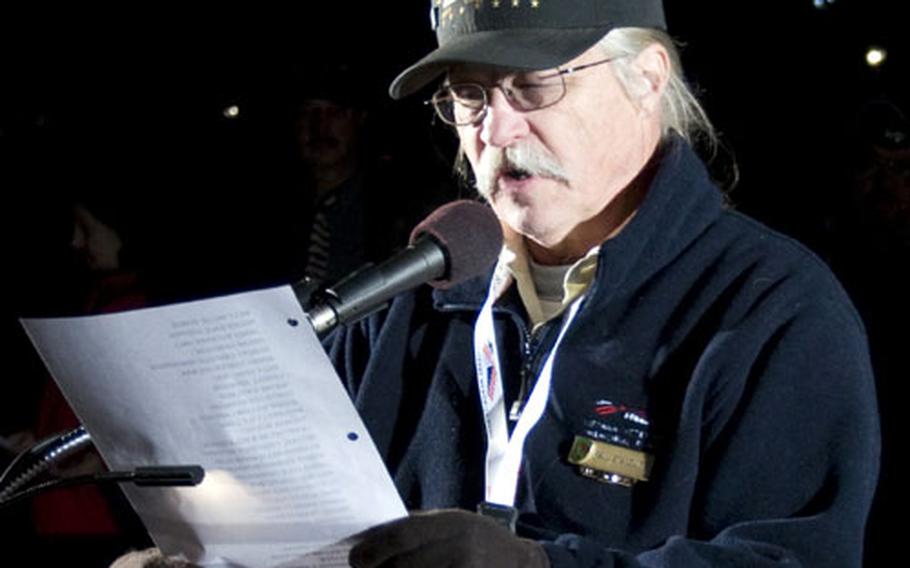 Visitors walk along the Wall during the reading of names Thursday night. (Joe Gromelski / S&S)

WASHINGTON &#8212; John Lazarczyk was waiting to hear a name.

He knew he might have to stand in the chilly November darkness for a couple of hours, but that wasn&#39;t important. He was there to honor a man he had never even met.

As volunteers lined up in front of the Vietnam Veterans Memorial and took turns reading the names of some of the 58,256 Vietnam War dead Thursday night, Lazarczyk spoke about James Daniel Williamson, an Army Spec. 4 who was a gunner on a UH1D helicopter that was shot down over Laos on January 5, 1968.

Rescue and recovery crews were unable to reach the scene, so Williamson and the four other soldiers on the copter were thereafter listed as missing in action.

When MIA bracelets were introduced, Lazarczyk got one. It bore the name of James Williamson.

"I kept the home fires burning over all those years" by wearing the bracelet, said Lazarczyk, a semi-retired chief financial officer now living in Shepherdstown, W.V. "Then, miraculously, last year the remains of those five men were found in Laos."

Lazarczyk, who served with the 282nd Quartermaster Co. in Vietnam in 1968 and 1969, attended Williamson&#39;s funeral at Arlington National Cemetery in August, 2007. There he met the fallen soldier&#39;s daughter, Nicole Ross, who was five years old when her father&#39;s copter went down.

On a nearby panel, Lazarczyk found another name with special meaning for him. When 2nd Lt. John W. Sognier, Jr. was killed, his body was returned to the States by way of Ft. Stewart, Ga., where 2nd Lt. Lazarczyk led a burial detail. He remembers that Sognier&#39;s father, a judge, later wrote to thank the detail for their efforts.

Many of the people reading names during the ceremony had personal connections to those listed on the Wall.

Jesse Heier of Washington was honoring his uncle, Pfc. Victor Tomczyk of C Co., 3rd Battalion, 22nd Infantry, who was killed in the battle for FSB Burt in early January, 1968.

Paul Stancliff, from Mercersburg, Pa., served in Vietnam with the Navy in 1967, patrolling the coast from the Mekong Delta to the DMZ.

Some of the readers were members of Sons and Daughters In Touch, a national organization of family members and friends of those whose names are on the Wall.

Different generations, different stories, but all brought together by a memorial whose 25th anniversary is being marked this week.

The reading of names will continue through Saturday, from 5 a.m. until midnight. A 25th anniversary parade will take place on Saturday in Washington, and Sunday will see the traditional Veterans Day remembrance at the Wall, with former Secretary of State and retired Gen. Colin Powell as keynote speaker.