Remains of WWII vet being repatriated from Bosnia 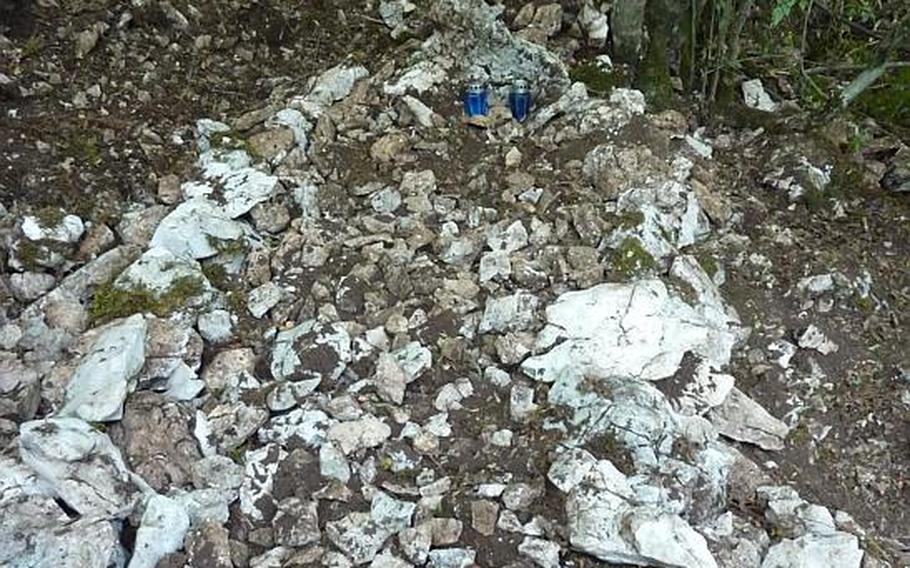 U.S. officials learned this summer about the rocky hillside grave where Staff Sgt. Meceslaus T. Miaskiewicz was buried nearly 70 years ago. It was thought that Misaskiewicz?s remains were collected in 1947 along with seven other crewmembers who died in the crash. While the circumstances are unclear, U.S. officials suspect that a language barrier between U.S. officials and village residents at the time was the reason for the mix-up. Miaskiewicz&#39;s remains are being transferred to the States. (Courtesy of the U.S. Defense Attaché's Office)

U.S. officials learned this summer about the rocky hillside grave where Staff Sgt. Meceslaus T. Miaskiewicz was buried nearly 70 years ago. It was thought that Misaskiewicz?s remains were collected in 1947 along with seven other crewmembers who died in the crash. While the circumstances are unclear, U.S. officials suspect that a language barrier between U.S. officials and village residents at the time was the reason for the mix-up. Miaskiewicz&#39;s remains are being transferred to the States. (Courtesy of the U.S. Defense Attaché's Office) 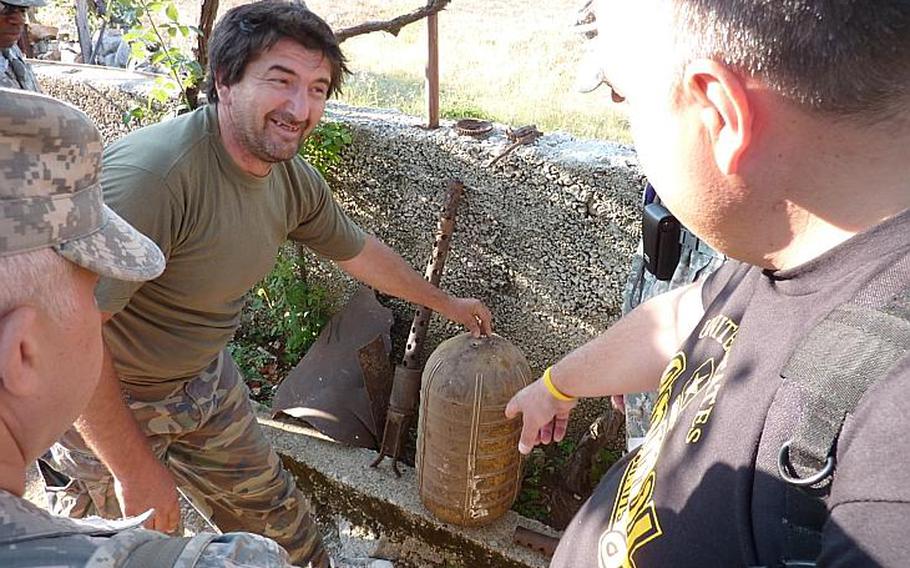 Vinko Pehar, grandson of the man who buried Staff Sgt. Meceslaus T. Miaskiewicz, shows members of a visiting U.S. military team some of the wreckage left behind from a B-17 that was shot down in 1944 in the village of Stubica, Bosnia-Herzegovina. On Sept. 27, 2011, the remains will be handed over to the U.S. during a ceremony in Sarajevo. (Courtesy of the U.S. Defense Attaches Office )

STUTTGART, Germany &mdash; For 67 years, the only people who knew about the presence of the American were the residents of the village in western Bosnia-Herzegovina where he was buried.

In 1944, a resident of the hamlet of Stubica buried Staff Sgt. Meceslaus T. Miaskiewicz, a Massachusetts native who was shot down over the former Yugoslavia, according to U.S. military officials who interviewed local residents.

It had long been assumed that Miaskiewicz&rsquo;s remains had been collected by the military along with the crash&rsquo;s other seven victims soon after the war, but U.S. military members learned this summer that was not the case. Somehow, Miaskiewicz was left behind.

On Tuesday, Miaskiewicz&rsquo;s flag-draped coffin will be loaded onto a U.S. C-130 in Sarajevo, the first leg of a journey home to relatives in Massachusetts. After a stop at Ramstein Air Base in Germany, his coffin will be flown to Dover Air Force Base in Delaware, where he will receive the same honor guard reception as troops killed in combat in Afghanistan and Iraq.

&ldquo;He deserves to go home,&rdquo; said Master Sgt. Markanthony Cuneta, a member of the 10-person U.S. European Command team that will serve as a color guard and pallbearers during the repatriation. &ldquo;This is a big thing for everyone. It&rsquo;s a chance to serve someone who served before us.&rdquo;

It is estimated that the remains of 6,600 troops who fought in Europe during World War II are still recoverable, said Capt. Brian Fariss, the mortuary affairs officer at EUCOM.

However, Miaskiewicz&rsquo;s name wasn&rsquo;t on any &ldquo;missing&rdquo; list. Remains thought to be his had long ago been buried at the National Cemetery on Long Island, N.Y.

Miaskiewicz&rsquo;s unmarked grave in Bosnia-Herzegovina came to light in July when officials in the town of Ljubuski, southwest of Mostar, sent a letter to the U.S. Embassy in Sarajevo. In the course of searching for their missing dead, town leaders learned the story of the American buried in Stubica, a nearby hamlet. After an excavation of the rocky gravesite, local officials reported what they found to the embassy. The letter included a photo of a dog tag with Miaskiewicz&rsquo;s name.

U.S. officials started searching online for clues about the American soldier, according to military officials in Sarajevo. That search led them to an online World War II history newsletter called &ldquo;The Motor Pool Messenger,&rdquo; which included a detailed account of the crash and crewmembers aboard the B-17, called &ldquo;Daisy Mae.&rdquo;

Meanwhile, EUCOM dispatched to Stubica a team of investigators, who were guided to the gravesite by Vinko Pehar, grandson of the man who buried Miaskiewicz. They took pictures, collected DNA samples and talked with residents, all of whom seemed to know the story of the American buried on the hillside, according to the U.S. defense attach&eacute;&rsquo;s office in Sarajevo.

&ldquo;To see how (the story) has been passed down to the generations was fascinating,&rdquo; said Lt. Col. Scott Schenking, the U.S. Army attach&eacute; in Sarajevo, who made the trip to Stubica.

The crash happened in May of 1944 when members of the 347th Bomb Squadron were returning from an aborted mission to bomb oil fields in Ploiesti, Romania.

On the return trip to Italy, the formation flew into heavy enemy anti-aircraft fire over Yugoslavia. The &ldquo;Daisy Mae,&rdquo; flying at 16,000 feet and in sight of the Adriatic Sea, had its nose section blown off, according to the attach&eacute;&rsquo;s office. Though three members of the crew ejected to safety, Miaskiewicz, a gunner, and the rest of the team didn&rsquo;t survive the fiery crash.

&ldquo;The grave site was up on the side of a hill, about 500 meters from where the plane landed,&rdquo; said Schenking.

Only bits of the plane remain, such as pieces of an old machine gun that was used to prop up a fence in one villager&rsquo;s vineyard. At the time of the crash, villagers as well as the Germans collected whatever scrap metal they could, Schenking said.

During their visits to Stubica, Schenking and the others met with villagers, some of whom were children at the time of the crash.

One woman, who was 12 at the time, recalled in great detail the sound of the crash and burning bodies as they hit the ground.

&ldquo;You could tell this made a dramatic impression on her,&rdquo; Schenking said.

Residents also shared stories of their own missing family members, from World War II, those who disappeared during the Tito era and the wars of the 1990s that tore apart Yugoslavia.

&ldquo;They all expressed how much they understood and appreciated that the Americans would take so much time and effort to identify their own,&rdquo; Schenking said.