Release of Iraqi POWs continues at a steady pace 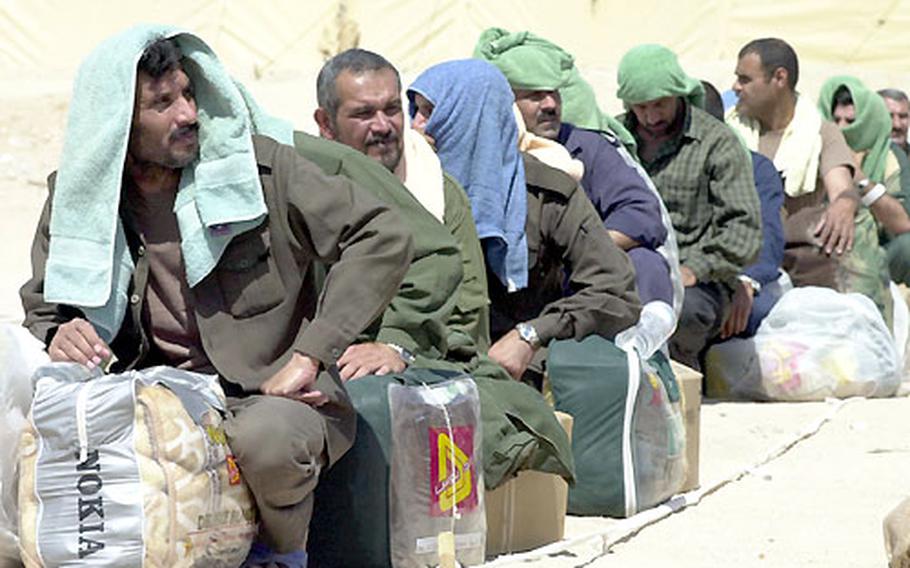 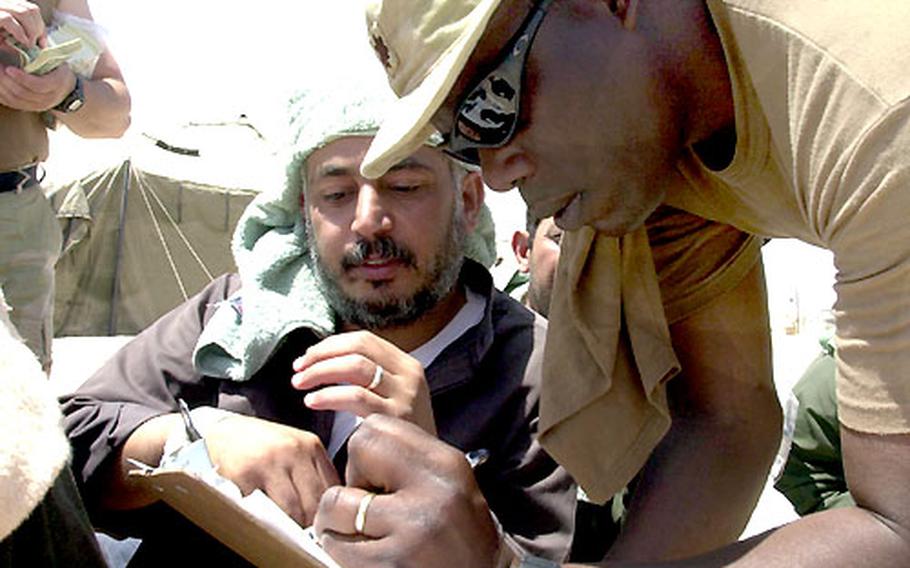 Maj. Marshall Bacote checks an Iraqi man off his list Tuesday during a release of prisoners at Camp Bucca. (Rick Scavetta / S&S) 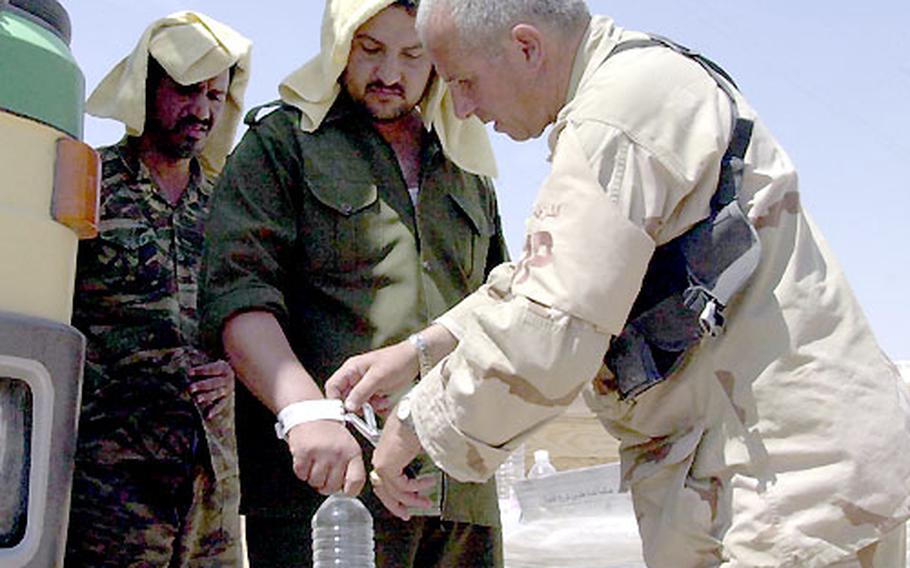 But before the former enemy troops were free to board buses home, they had to pass by 1st Sgt. Mickey Michelino, who cut identification bracelets from each prisoner&#8217;s wrist. Some captives would mumble to Michelino in Arabic as they passed.

Soldiers from the 800th Military Police Brigade, an Army Resrve unit from Long Island, N.Y., released about 200 prisoners of war from the Army&#8217;s prison camp near Umm Qsar.

Since April 24, the brigade has released about 300 prisoners a day. In recent weeks, the camp had held about 7,000 enemy prisoners. Now only about 2,000 remain, said Maj. Stacy Garrity, the camp&#8217;s administrator.

Many of those being let go are low-ranking enemy soldiers, looters and civilians caught up in the fighting. Most of the prisoners denied taking up arms against U.S. troops.

Iraqi Maj. Ahmed Saleh Ahmed, 40, surrendered near the border of Saudi Arabia, he said. Now, he&#8217;s heading to his hometown, Mosul, to his wife and four children, where he plans to become a driver, &#8220;or maybe travel abroad for long time,&#8221; he said.

Waleed Albyite, 19, said he was merely standing near his home in Baghdad, when U.S. troops took him into custody. An engineering student, Albyite used his English skills to help translate during the weeks he spent incarcerated.

Iraqi Lt. Col. Odah Algezi spent 45 days in captivity. He&#8217;s also looking forward to returning to his wife and child in Nasariyah, he said, where he plans to write about his experience.

Prisoners were vetted by military intelligence troops and criminal investigators before release. Each prisoner is fingerprinted and photographed; a DNA sample also is taken.

&#8220;The ones we are letting go have been through a screening process,&#8221; explained Col. Alan Ecke, commandant of the prison camp.

On April 7, the brigade took over the camp from the British, who had previously called the base Holding Area Freddy. The camp is named for Ronald Bucca, a New York City fire marshal who perished in the Sept. 11 terror attacks on the World Trade Center.

During the release, dozens of journalists clambered for photographs of the freed Iraqis. Troops ensured that no photographs were taken before the release, which would be a violation of Geneva convention rules, Ecke said.

The International Committee of the Red Cross has monitored the prisoners through their captivity.