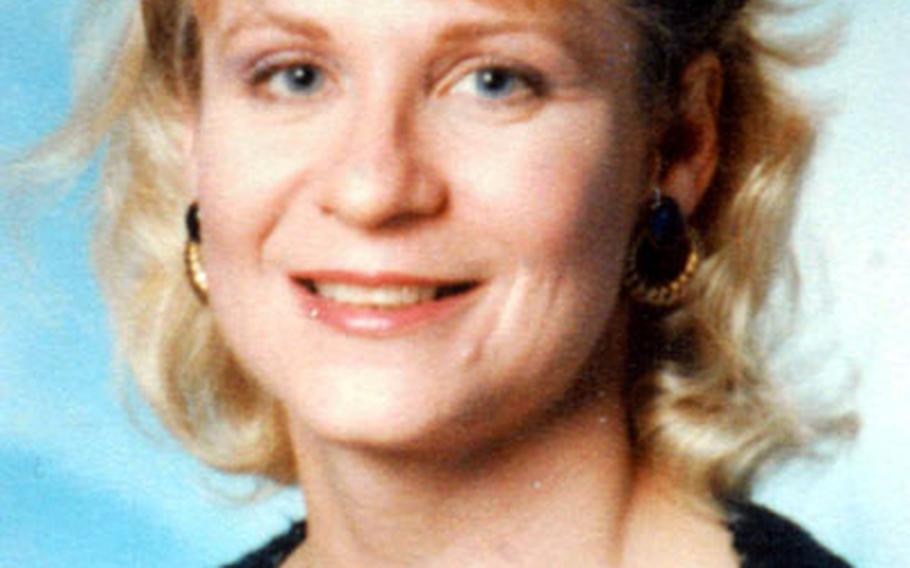 VICENZA, Italy &#8212; Students remembered Darcy Anderson as someone who would always listen. Colleagues recalled a teacher dedicated to helping her kids, and anyone else. And her brother talked of a woman up for any challenge &#8212; even a one-sided snowball fight.

The Vicenza military community honored Anderson, a Vicenza High School geometry teacher, at a memorial service Wednesday. She died June 9 after a fall at a home she had just purchased. She was 54.

Vanderbeek learned firsthand Anderson&#8217;s teaching skills, when she needed some help to pass a professional exam. Anderson helped her do it, she said.

Toni Boscalli, who teaches history and English, shared a classroom with Anderson.

Six students paid oral or musical tribute to Anderson during the service.

Principal Kathleen Reiss said the school was still in a state of shock and mourning. &#8220;We learn how precious and fragile our lives really are,&#8221; she said.

DODDS Mediterranean District Superintendent Thomas Ellinger said he&#8217;d remember two things about Anderson the most: &#8220;She always had a smile on her face. She never gave up on a kid who wanted her help.&#8221;

Saralyn Anderson, who works at the base exchange, called her &#8220;my mom, my best friend, my mentor and now my beautiful angel.&#8221;

Bryan Hughs, Anderson&#8217;s brother, recalled growing up in Wisconsin, where he and his friends would hone their snowball skills every winter. He said one winter Anderson got a group of her female friends together and challenged them to a fight.

Anderson&#8217;s team was obviously losing when she marched up to her opponents and tossed a snowball into her younger brother&#8217;s face. She then declared herself the winner and announced it was time for hot chocolate.

Anderson was a week short of completing her third school year in Vicenza. She had taught for more than two decades, including three years at RAF Croughton in England in the early 1990s.

She&#8217;s the second teacher at Vicenza to die in the past year. Joe Pellerito, who taught at the elementary school and coached high school sports, died a week before classes began.

In addition to her daughter and brother, Anderson&#8217;s survivors include son Phillip Rinaldo of Kaiserslautern, Germany, and sister Debbie Pedrick.