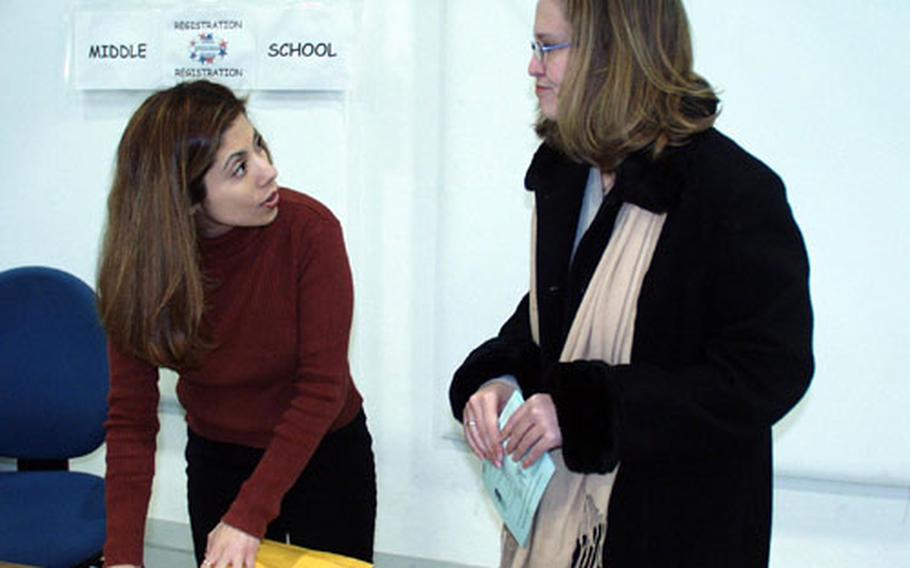 In the coming weeks, parents across the European theater will go to school for an exercise in addition.

Registration for the 2003-04 school year begins this month for the Department of Defense of Dependents Schools. Preliminary head counts help school officials prepare for the coming year, said Frank O&#8217;Gara, spokesman for DODDS-Europe.

Dates and times for spring registration drives will vary between locations. Some have already started. For example, school officials at Aviano Air Base in northern Italy are conducting early registration this week.

School principals throughout the theater will promote their registration drives ahead of time using base newsletters and other community sources.

O&#8217;Gara acknowledged that the situation in Iraq makes these trying times for military spouses, but he said DODDS, by regulation, has to finish its head count by mid-May. While registration efforts haven&#8217;t been directly affected by the war, O&#8217;Gara said, the timing of it could complicate matters for spouses left behind.

Possibly as early as next year, parents may not have to leave their home at all to register their child.

DODDS is field-testing an online registration program that could be in widespread use by spring 2004. For now, officials plan to use the system to register new students. If the program passes the test, officials will broaden the effort next year to allow for reregistration as well.

Early registration, O&#8217;Gara said, allows DODDS officials to better plan and budget for the coming year. It also enables them to gauge how much classroom space is available for the children of contract employees and others in support jobs for the U.S. military in Europe.