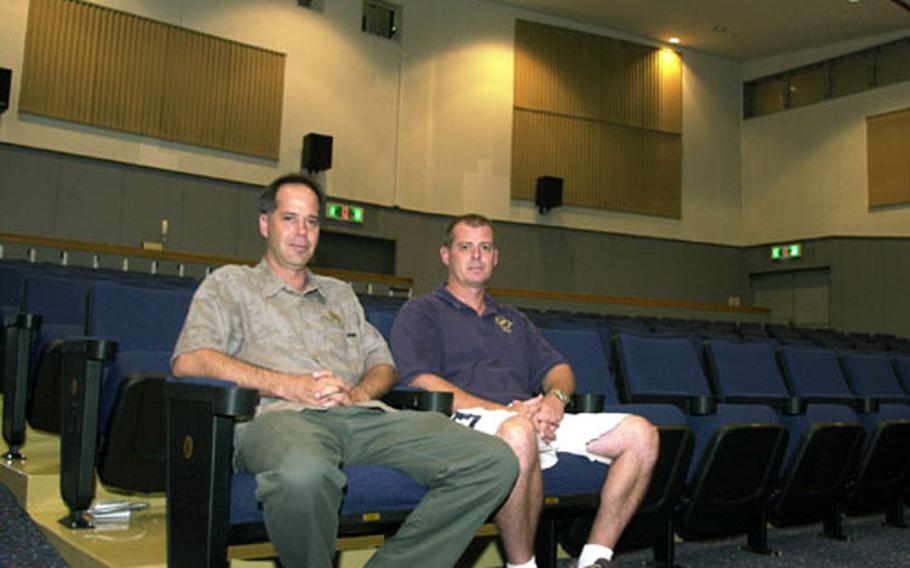 After a three-week facelift, Yokosuka&#8217;s Benny Decker Theater reopened Friday with new seats, new carpeting and a new screen. Soon, the theater also will have new curtains to block sound, and it may get a new sound system.

The theater is used for movies, Navy training and other entertainment, like hypnotists and talent shows.

The theater, built in 1981, was last renovated in 1994. Several seats had split, and seams had come apart. The $100,000 project used non-appropriated funds raised by the base, Murray said.

The theater has the Navy&#8217;s second largest number of visitors. The base&#8217;s other theater, The Fleet Theater, is among the top ten busiest. Between the two, the base shows 15 movies a week, Murray said.

The new cloth seats not only are more comfortable but are designed to help hide stains, Hooper said: &#8220;We wanted something that, if you spill a drink on it, it&#8217;s not going to show up.&#8221;

Hooper and other theater employees also repainted the lobby.

The Fleet Theater will have the same renovations in the coming year. The two theaters are identical and have similar problems.

The base also will install large curtains over the walls of both theaters in the next year to create a better sound quality and movie theater atmosphere, Murray said.