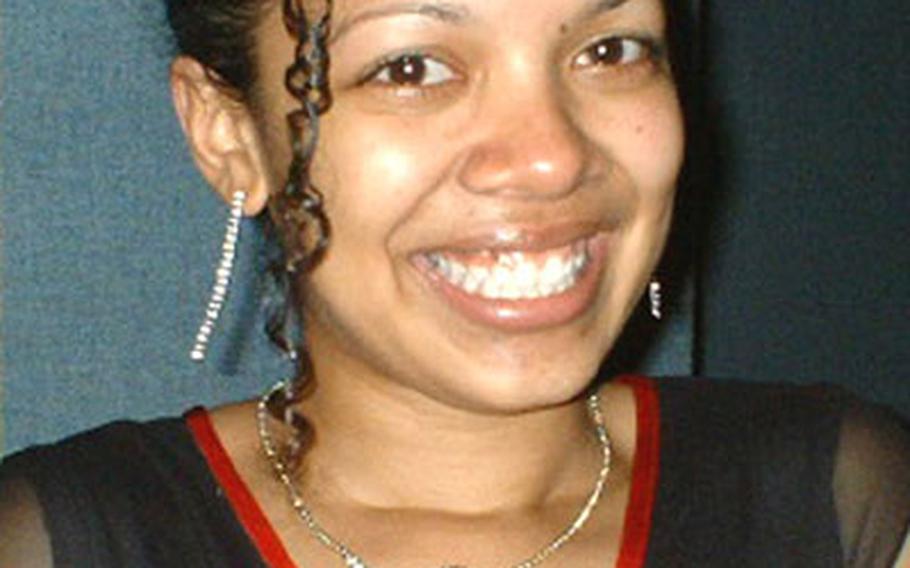 Even though several days have passed since the Yokota Idol II competition, the newest entertainment star at Yokota Air Base said she still can&#8217;t believe she won.

Cheyenne garnered the loudest, most enthusiastic applause of the three finalists as she won the contest Saturday evening, fashioned after &#8212; but not connected to &#8212; the popular &#8220;American Idol&#8221; television series.

The singer, who has taken voice lessons the past three years and hopes to sing professionally, performed &#8220;Killing Me Softly&#8221; and &#8220;Reflection&#8221; on her way to earning the $500 first prize in front of a packed house at the Yokota Enlisted Club.

The contest drew 26 people who can sing, or think they can &#8212; more than double the 12 who showed up in September for Yokota Idol I, said Aaron Feinberg, the club&#8217;s manager. Preliminary judging whittled the field to 16 before showtime.

Cheyenne, daughter of Master Sgt. Wayne Ross and Desiree Ross, said the Yokota Idol II contest is not the first talent competition she has won. Last year she took first place in an overall talent contest at Atsugi Naval Air Facility among competitors from Atsugi, Yokota and Camp Zama, she said.

Ross enjoys watching &#8220;American Idol&#8221; shows on television. Among the program&#8217;s current singers, she favors Jasmine Trias from Hawaii. Among all the contestants since the show started broadcasting, she said she believes second-season winner Ruben Studdard is the best.

One highlight of Yokota Idol II occurred when contestant Blake Hines brought his girlfriend, Jenny Blankenburg, to the stage during his first-round performance. He dedicated his song &#8220;Now and Forever&#8221; to her.

Immediately after his performance, Hines proposed marriage on stage in front of the audience.

Hines was thinned from the field in the next round, but was not terribly disappointed, Feinberg suggested: &#8220;Even though she had no inkling that Hines planned to pop the question on stage, she said, &#8216;Yes!&#8217;&#8221;