Reel fun for troops in Kuwait 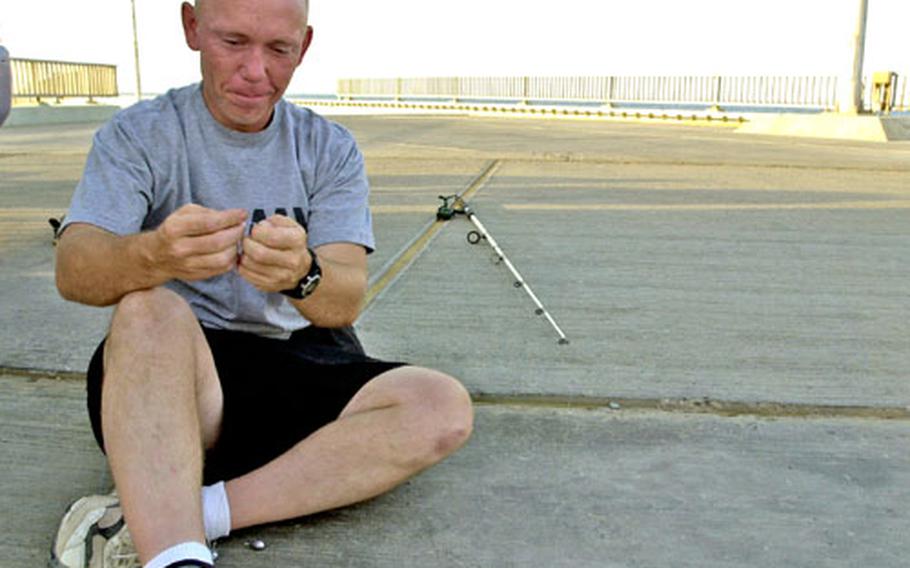 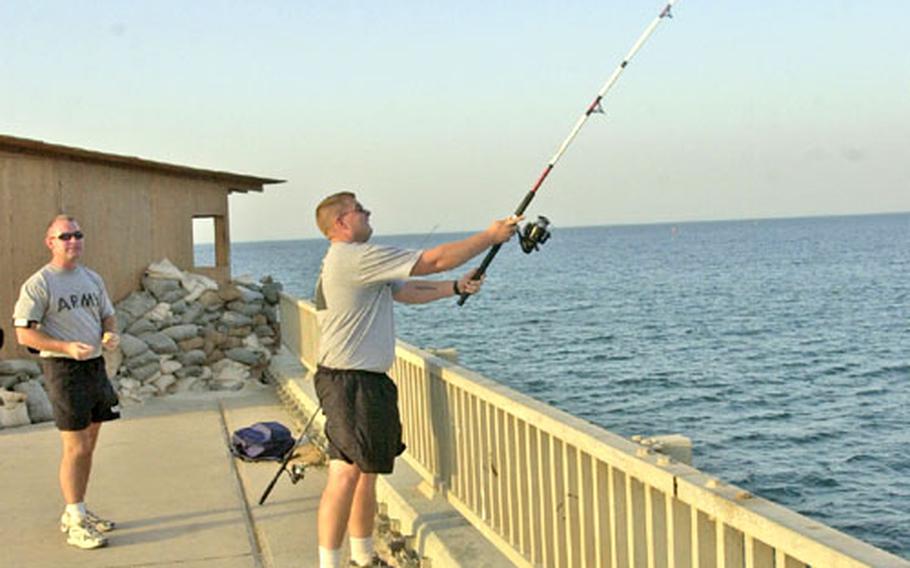 Sgt. Joe Jackson makes his first cast of the day off a Kuwaiti pier during a recent fishing trip provided by the 377th Morale, Welfare and Recreation. MWR supplied all items — poles, tackle and bait. (Fred Zimmerman / S&S) 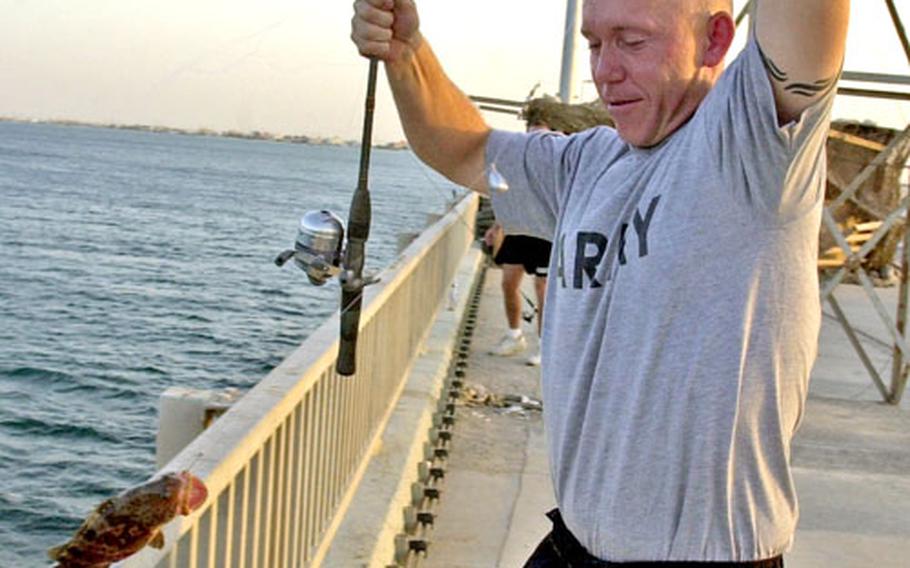 He fought the mini-monster, walking it more than 100 feet down a pier to stay with it, but as he began to pull it out of the water, with one powerful clamp of its jaws, the king of the ocean snapped the line and swam away.

While some may say Shier&#8217;s story is nothing more than a big fish story, some believe the tale &#8212; which is true. But the adventure didn&#8217;t take place years ago aboard the SS Minnow; it happened this past weekend as Shier and fellow troops from Camp Arifjan went on a fishing trip at a local pier.

The 377th Morale, Welfare and Recreation offers four trips a week. All expeditions are on a first-come, first-served basis and up to 20 people can go, according to Army Staff Sgt. Dwayne Albright, from the 377th MWR.

Shier and Sgt. Donnie Boe, also with the 501st FSB, have gone fishing five times. They both said it had been several years since they were able to cast a line.

Albright said the Kuwaitis who work on the peer are helpful when it comes to identifying fish. He said the weirdest thing he&#8217;s seen reeled in was a strange-looking fish that the locals told him not to touch because it&#8217;s poisonous. He said in addition to the unknown sea life, he&#8217;s seen lots of stingrays and small sharks on hooks.

Sgt. Joe Jackson, from the Army National Guard&#8217;s 1244th Transportation Company, pulled in the strangest catch of the day during a recent trip. At first he thought his line was snagged, but it turns out there was a heavy object on it.

Banks actually had the first catch of the day &#8212; a 6-inch sea bass or some type of catfish, he said. Since it wasn&#8217;t a mermaid, Banks did as promised and threw it back.

All fishing here through the MWR is catch and release, said Albright.

To be able to take troops out for a day of fishing, Army Staff Sgt. Eric Robinson, head enlisted man in the 377th MWR here, said they have relied on donations. He said the MWR staff in the rear worked hard to get a sports company to donate all the reels and rods. MWR picks up the tab for all the tackle and bait.

In the future, boat trips may be available for anglers, Robinson said. But because of safety concerns and security issues, he said that idea is being thoroughly reviewed.

Those interested in the trip can sign up by visiting the MWR office in Building 508 in Zone II.