Red Ribbon Week focuses on the dangers of drugs 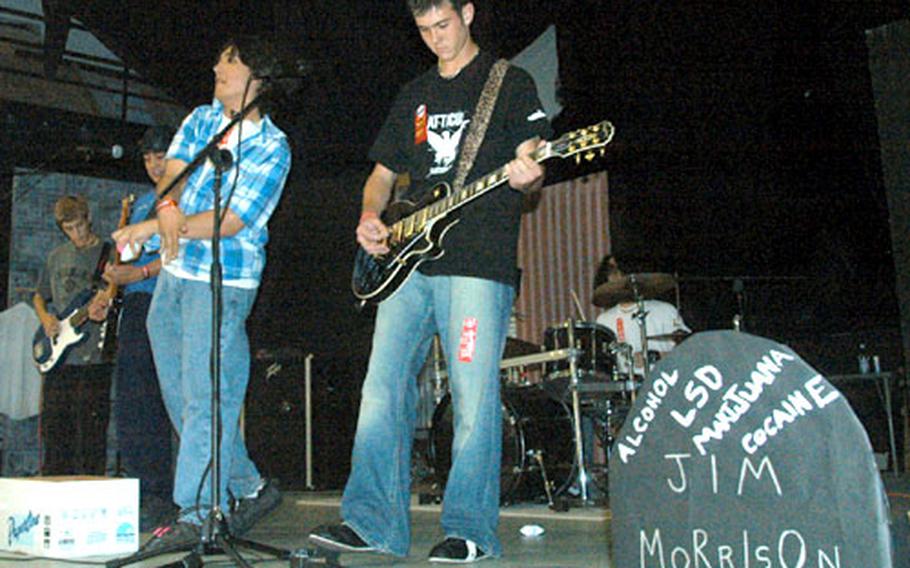 Members of Hatchetboy 888, a band of Naples High School students, perform during an anti-drug concert after school Wednesday. Lining the stage was a chain of red links with names of students who pledge to be drug-free and tombstones of famous musicians who’ve died because of drugs or alcohol. (Jason Chudy / S&S)

Members of Hatchetboy 888, a band of Naples High School students, perform during an anti-drug concert after school Wednesday. Lining the stage was a chain of red links with names of students who pledge to be drug-free and tombstones of famous musicians who’ve died because of drugs or alcohol. (Jason Chudy / S&S) 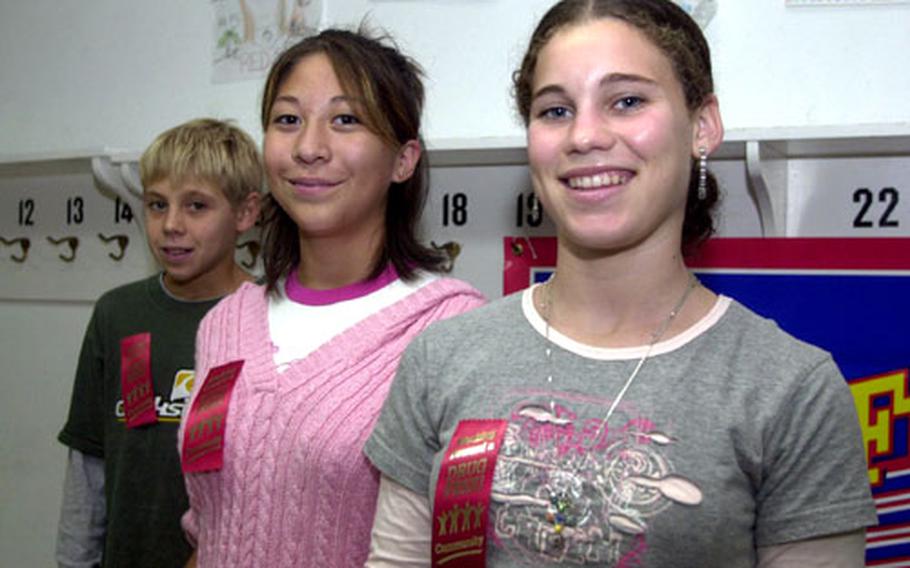 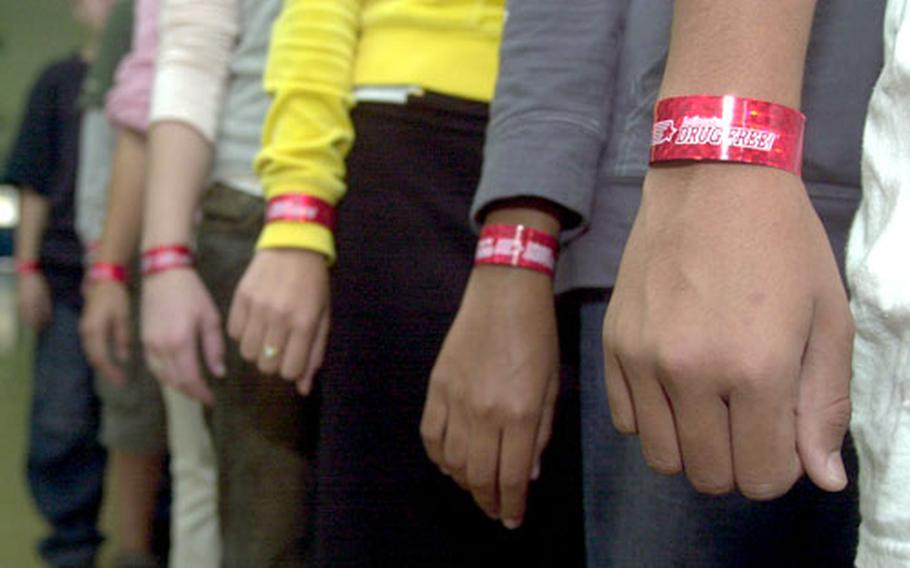 Clothes are worn backward. Healthy meals are being prepared. And the color red is everywhere.

The Department of Defense Dependents Schools in Europe is using such measures to stress the dangers of drug use as part of Red Ribbon Week.

Red Ribbon Week began with a drug-related tragedy. In 1985, a Drug Enforcement Administration special agent, Enrique &#8220;Kiki&#8221; Camarena, was kidnapped and killed by a drug gang he was investigating. Red ribbons became the way an outraged America showed its feelings.

In 1988, the National Family Partnership adopted the idea as a way to emphasize the danger of drug use. More than 80 million people are taking part in some sort of Red Ribbon Week event.

In Aviano, Italy, students wore red clothes to school on Red Tuesday, with a prize awarded to the student with the most red. At Croughton American School on RAF Croughton, England, the week included &#8220;Turn Your Back on Drugs Day,&#8221; when students wore their clothes backward.

&#8220;We have a different theme every day,&#8221; said Trisha Taylor, Croughton school counselor. In addition, the students plan to plant flower bulbs so the schoolyard will blossom with red flowers in the spring.

Other schools are having other events. Alconbury Elementary School at RAF Alconbury, England, was visited Tuesday by McGruff, the Crime Dog.

In Heidelberg, Germany, middle school pupils were being taught how to prepare healthy meals.

Chris Lavin, counselor for Adolescent Substance Abuse Counseling Services at Heidelberg, said a series of events this week stressing fitness and good health shows children that being fit is cooler than using drugs.

Also, a flag-raising ceremony was to be held Wednesday morning in Heidelberg to honor Camarena. Members of the 411th Base Support Battalion military police were volunteering to participate.

The students are excited by the events of Red Ribbon Week. They enjoy special treats such as &#8220;Being Drug Free is a Piece of Cake Day&#8221; at Aviano, when cakes are brought to classrooms as treats.

But no one thinks one week of anti-drug efforts is enough.

&#8220;No one program is going to be 100 percent effective,&#8221; said Stan Caldwell, Alconbury Elementary principal. He said the school spends the entire year preaching the message about drug use through programs such as Drug Abuse Resistance Education.

But, she said, it would be an interesting study to see how effective such events are in making the message stick.

Lavin said the week of events reinforces what is taught throughout the year regarding drug abuse.

&#8220;At the elementary level, it&#8217;s just another opportunity for us to say what you put in your body matters,&#8221; said Kris Kessler, counselor at Aviano Elementary.