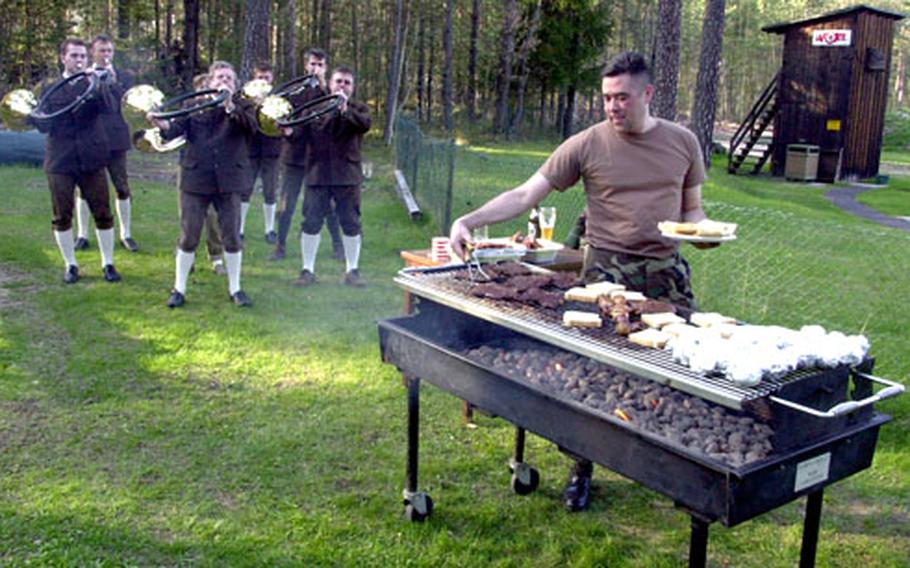 Master Sgt. Matt Cervantes of the Joint Multinational Training Command, one of six U.S. personnel who graduated from the Outdoor Recreation Center’s hunting course at the Grafenwöhr Skeet Range on Wednesday, barbecues to the music of German hunters. (Seth Robson / S&S) 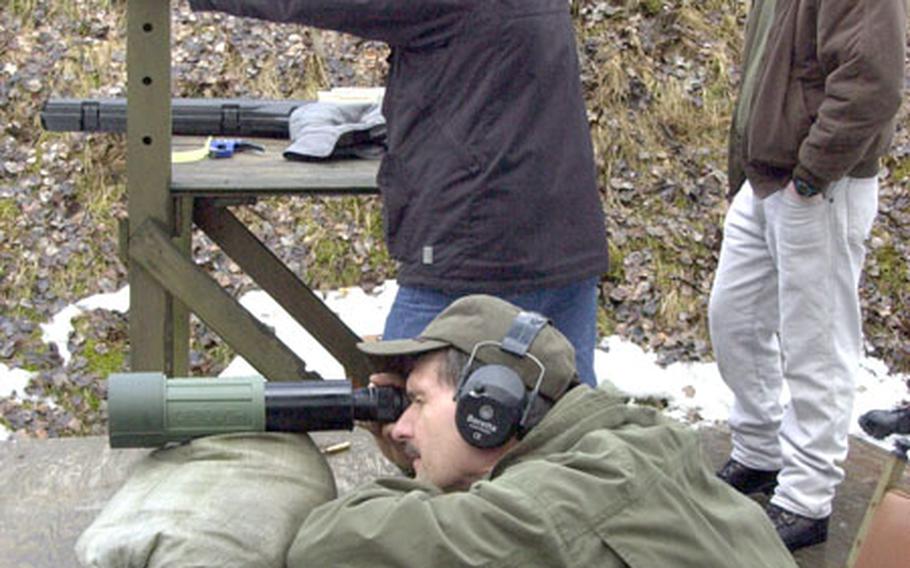 Jonathon Santy lines up a target at Grafenwöhr under the watchful eye of instructors Dale Doeden, standing, and Mikael Saalborn during qualfication for a German hunting license last month. (Seth Robson / S&S) 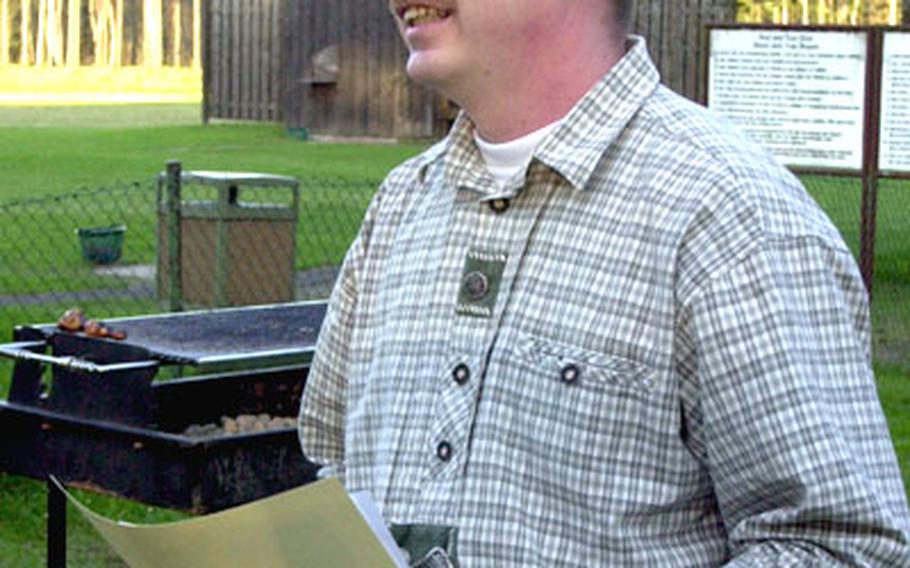 The Red Deer Antlers Trophy Show &#8212; or Rotwildschau &#8212; will include trophies from all the best stags shot in and around Grafenw&#246;hr and Hohenfels training areas last year.

There are about 5,000 red deer at Grafenw&#246;hr, making it the largest herd in Germany. About 1,500 deer are shot there each year by hunters who pay thousands of euros for the right to shoot prime bucks.

Deputy forestry director for Grafenw&#246;hr, Christian Luecke, 46, said Friday that the trophies would be on show to the public 2-4 p.m. in the Barn at Heringnohe near Vilseck Airfield.

The show also will feature experts talking about red deer management, he said.

The show should be of interest to U.S. personnel who graduated from the Outdoor Recreation Center&#8217;s hunting course this week. The two-month course, which is required before U.S. personnel can obtain a German hunting license, included instruction on the types of game that can be hunted in Germany, German hunting traditions and language.

One of the recently graduated Jungjaegers &#8212; Joint Multinational Training Command automation system administrator Jonathon Santy, 46, of Green Bay, Wis. &#8212; said he would recommend the hunting course to any U.S. personnel in Germany.

&#8220;My favorite part was learning about the traditions and the natural biology and wildlife &#8230; the different species of game in Germany such as the mouflon (mountain sheep) and deer,&#8221; he said.

The course was also a great place to make friends, he added.

&#8220;You meet some really interesting people including German hunters who give you the German point of view on hunting,&#8221; he said.

Santy said he&#8217;d hunted deer and game birds back in Wisconsin but that he was looking forward to hunting in Germany with a local relative.