Red Buttons: In uniform again, for another movie role 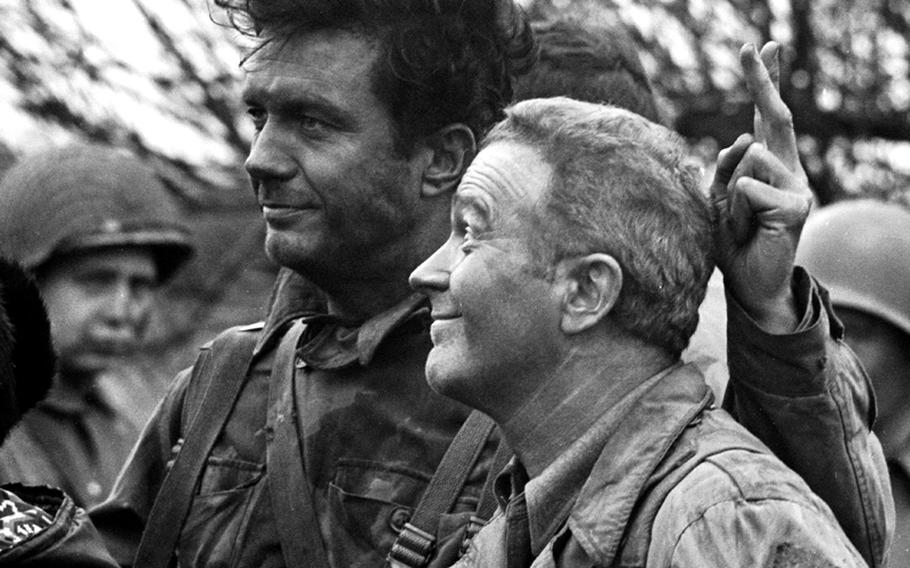 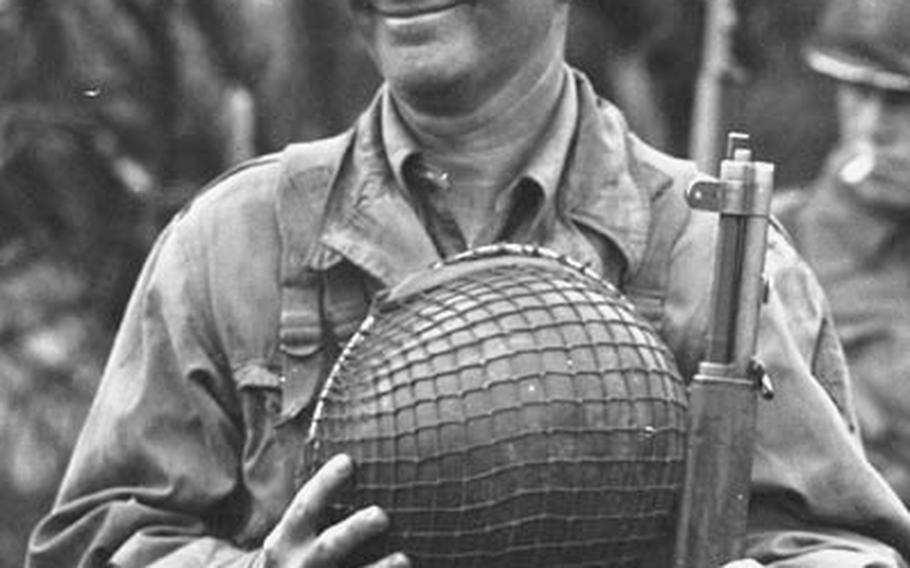 Red Buttons, on the set of "Up from the Beach." (Bob Milnes/Stars and Stripes) 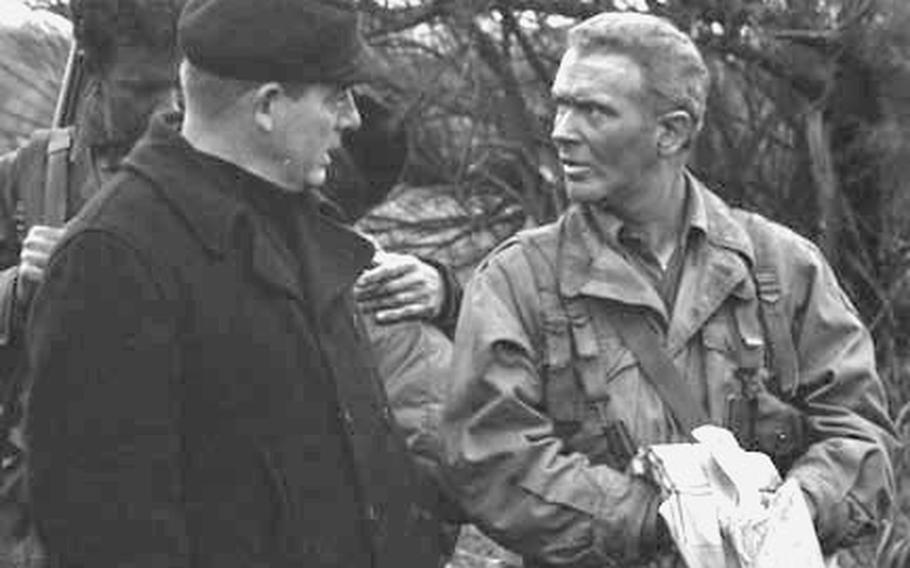 Red Buttons talks with technical advisor Thomas Farnsworth, a retired U.S. Army lieutenant colonel, on the set of "Up from the Beach" in 1964. (Bob Milnes/Stars and Stripes)

RED BUTTONS, who clowns constantly as a way of life, said his mother in New York has a star hanging in the window because her son is making a war movie overseas.

"I've been in uniform so much that I'm thinking of joining the Foreign Legion," said the actor, who was lunching in a location tent on the Normandy coast between scenes of another battle picture.

"This one is worse than the war. We're using real bullets in this picture."

And so he chatters away, and it is difficult to know when he is serious.

"Red Buttons is a stage name, isn't it?" he was asked. "What is your real name?"

"Blue Zippers," he responded. "I had to change it because they thought it wouldn't look nice to put something on a theater marquee like `Blue Zippers Opens Tonight'."

According to his biography, Buttons' real name is Aaron Schwatt. He got started as a singing bellhop one summer at Dinty Moore's City Island Tavern. The shiny buttons on his uniform combined with his red hair to give him the nickname of Red Buttons, and it stuck.

Since then, he has starred on his own television show, as a nightclub comedian, in the theater and motion pictures. He won an Academy award for his role in "Sayonara" and it started him on a career of playing film soldiers.

Half kidding, he says the Japanese brought the big twists to his life. In 1941, he was plucked out of Minsky's burlesque to take an important part in a play dealing with comic shenanigans of naval officers at Pearl Harbor. The play never opened in New York.

"I swore at the time that the Japanese bombed Pearl Harbor to keep me off Broadway," he said.

"Sixteen years later, as a result of that bombing, I got the biggest break of my career when I played Joe Kelly in 'Sayonara'."

IN his new war film, "Up From the Beach," Buttons takes the part of Private Devine, an Air Force man who has lost his unit. He co-stars with Cliff Robertson.

"Cliff and I both come from seafaring stock," he said. "Cliff was born in La Jolla, Calif., facing the Pacific Ocean, and I came from the lower East Side of Manhattan, right off the East River and New York Harbor.

"As a boy, I couldn't swim unless there was some garbage in the water."

Red said he is a little homesick for New York, even though he brought his wife, Alicia, along for the latest film assignment. They live in Manhattan right off Central Park with two toy French poodles named Charley and Lucy Brown.